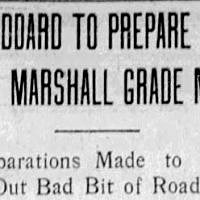 A trip over Marshall Grade east of Missoula has scared the socks off adults and children alike for generations. “We passed over (Marshall Grade) in a light wagon with some ladies and children, and a little girl who sat beside us clutched our hand in fright!” wrote a Weekly Missoulian reporter in 1880. Nearly 30 years later, in 1908, two young men were “returning from a … END_OF_DOCUMENT_TOKEN_TO_BE_REPLACED 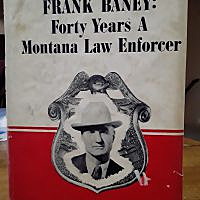 It was late summer, 1920 – prohibition times, just south of the Canadian line in Lincoln County. Four Eureka residents – booze runners (two men and two women) – had a good lead, but Sheriff Frank Baney “stepped on it” and within a mile was alongside the fleeing car shouting at them to stop. They refused. So Baney fired a few shots at their front tires. Bottles began … END_OF_DOCUMENT_TOKEN_TO_BE_REPLACED 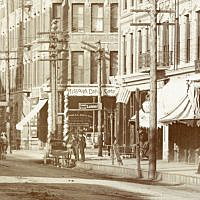 He was one of Missoula’s most prominent citizens back around the turn of the century – a successful businessman, a city councilman of several terms, an exalted ruler in the Elks lodge, a member of the Masons and the Odd Fellows. But he'll be forever remembered for that sidewalk clock on Higgins Avenue. Herman Kohn was a 22-year-old immigrant from Prague, Bohemia, when he … END_OF_DOCUMENT_TOKEN_TO_BE_REPLACED

The crowd was estimated at something north of 3,500 people – more than 10 times the town’s population. It was September 5, 1999. They’d come from all over to see a Guinness World’s Record broken. And they did: The world’s largest hamburger, weighing 6,040 pounds, measuring 24 feet in diameter, fried on a 576-square-foot grill. Saco, Montana had made headlines around the … END_OF_DOCUMENT_TOKEN_TO_BE_REPLACED 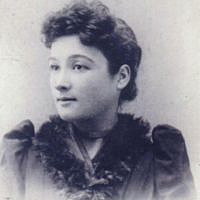 For the past four weeks, we’ve been recounting the incredible story of a young French-Canadian woman who was the talk of the town in Missoula for a decade – the 1870s: Mary Angelina Thibeau McWhirk Buker Drouillard. She divorced husband No. 1, Cyrus McWhirk. She locked husband No. 2, Dr. John Buker, out of his own home, forcing him to divorce her. She was convicted of … END_OF_DOCUMENT_TOKEN_TO_BE_REPLACED