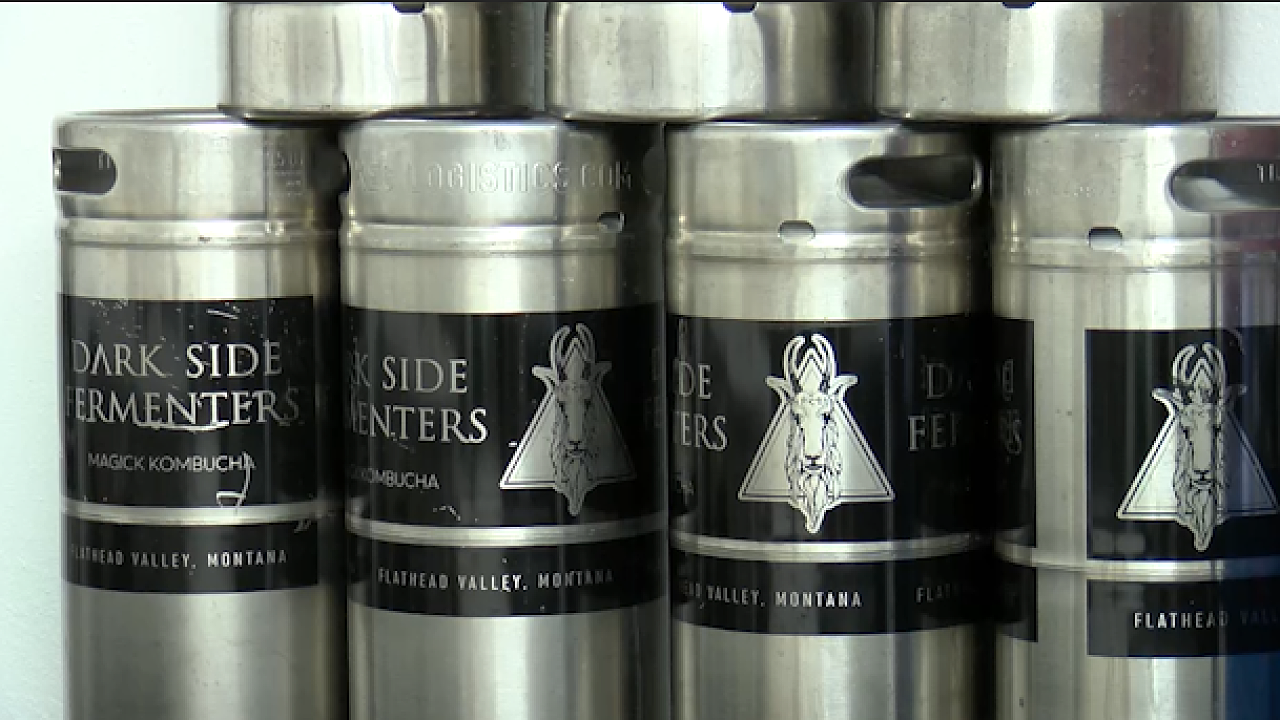 (KPAX) A Whitefish husband and wife team own a Kombucha company made with fresh Flathead Valley ingredients.

Sam and Pete Avery started Dark Side Fermenters about 18 months ago, looking to create an alternative beverage to beer that people could still enjoy at breweries.

“My husband was working in the beer industry and noticed that there was a lack of beverages for those people that didn’t want to drink alcohol or gluten at all these awesome breweries around town,” Sam Avery said. “So, we thought making Kombucha would be a great way to fill that void.”

Dark Side Fermenters is Kombucha made with local Flathead Valley ingredients, including fruit from Avery’s family farm in Polson.

“We were seeing all this beautiful fruit go to waste and we were already trying to come up with a good idea of how to use this awesome fruit that’s grown here for alternative purposes,” said Avery.

Avery said Kombucha is a fermented tea drink mixed with fruit juice, spices and sugar. She said that from start to finish, the whole process to send their Kombucha to market takes two weeks.

The live cultures needed for the fermentation process which are crucial for Kombucha form a large mass formally known as a SCOBY (symbiotic, culture of bacteria and yeast), creating the fermentation and signature Kombucha taste.

“A play on the fact that we don’t want to be, a natural or health food beverage, we want to be the dark side of Kombucha,” explained Pete Avery.

Kombucha has low sugar and probiotics and Dark Side Fermenters is meant to go alongside the brewery scene.

“We’re on tap at distilleries, we like to add gin to it. We like to be a part of the beverage scene, kinda like the public house scene.”

Dark Side Fermenters is heading to Guatemala next month to give back.

“Helping a group of women, helping them to start their own Kombucha company, that they will then run,” said Avery. “It won’t be run by us here in the United States, but by them after we leave so they can sell Kombucha to tourists and use it as a way to draw people in.”

Dark Side Fermenters is found at breweries around the Flathead Valley and at The Dram Shop and at the Good Food Store in Missoula.