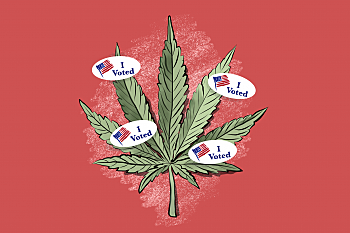 (MTFP) With five months until Montana’s adult-use marijuana market opens up, municipalities from Kalispell to Billings are figuring out what legal cannabis will look like in their communities.

Voters legalized general-use cannabis for adults last November and the Legislature sorted out additional details during its session this spring. It’s now up to municipalities to figure out things like which zoning districts dispensaries will be allowed in and whether legal marijuana will be subject to local option sales taxes. Some parts of the state, like Billings, are also considering prohibiting general-use cannabis altogether.

House Bill 701, the primary implementation law passed by state lawmakers this year to set up a framework for marijuana legalization, calls for a 20% state tax on all non-medical cannabis sold in the state, and also allows local voters to tack on an extra 3% municipal tax.

Recently, Missoula County decided to let voters decide in November whether they would add that extra tax. Commissioner Josh Slotnick said the money raised from the tax, which the city and county would split, would go toward property tax relief and affordable housing programs.

Slotnick also said Missoula County is looking at how it might deal with an increase in cannabis grow operations and how that will fit with the county’s goal of not using electricity from fossil fuels by 2030. Indoor grow operations require a lot of energy, and Slotnick said the county will eventually want to do something to keep that in check.

Up north in the Flathead Valley, Kalispell is also looking at how it will zone cannabis operations. Presently, Kalispell does not allow any dispensaries within its city limits, a provision dating back to the legalization of medical marijuana. City Manager Doug Russell said that with passage of general-use marijuana, the city believes that continuing that prohibition would be illegal.

Presently, city staff are drafting an ordinance to roll back that prohibition and set guidelines for where dispensaries can be located in the city. The draft ordinance is expected to go before the planning board this month and the city council in the fall. Among the zoning restrictions under consideration is keeping dispensaries from operating within 500 feet of schools and churches.

Meanwhile, in Billings, a different conversation has been underway in recent weeks. As written in I-190, the ballot measure that passed last November, counties had the ability to opt out of the adult-use cannabis market. But HB 701, the implementation bill, specifies that counties where the majority of voters supported legalization can opt out of allowing sales, and counties where the measure wasn’t supported would have to explicitly opt into the market.

The legalization measure passed narrowly in Yellowstone County, by roughly 1,100 votes. This week the county commission considered asking voters again if they wanted legal cannabis. On Tuesday, the commission voted 1-1 on putting the question to the voters. The tie killed the repeal effort (the third commissioner was out of town).

County Commissioner John Ostlund, who voted against asking the voters again, said that although he was personally against legal cannabis, “I don’t think you get to revote when you don’t like the outcome of an election.”

After the tie vote, the commissioners both voted in favor of asking voters in November if they wanted a 3% local option sales tax. While the county opted not to consider a repeal, the Billings City Council is expected to debate its own repeal next week.

For years, Montana’s medical marijuana program was managed by the Department of Public Health and Human Services, but last month it was moved under the Department of Revenue, which will also manage the general-use program. The revenue department is in the process of drafting administrative rules that will further define how legalization works by interpreting the law as written by the Legislature.

One rule being considered would restrict the size of signs outside of dispensaries and require them to include a lengthy warning about the alleged dangers of marijuana use. Another would prohibit dispensaries from advertising their products. Petersen called the proposals a “radically conservative interpretation of the law.” A public hearing about the rules is scheduled in Helena Aug. 13.

Petersen said that he hopes the Department of Revenue eventually treats dispensaries like they do liquor stores and that he believes what it is proposing is illegal. If such restrictions are implemented, Petersen said his organization is ready to fight.

“If they’re not willing to play ball, we’ll sue,” he said.