The Missoula Current began in 2015 as a daily news journal. It was founded on the belief that local news matters. The greater Missoula region needed more reporting, more perspectives and more journalistic competition.

As part of its mission, the Missoula Current focuses on business and the environment, local and state government, Montana’s congressional delegation, and the region’s rapid growth and development. Our team is deeply ingrained in the Missoula community and has been for years. We look to provide readers with a full and accurate picture of what’s going on across Missoula and the Northern Rockies. And we do it for free.

To fund the Missoula Current and is related publications, including Montana Today and Missoula Business Weekly, we rely on the support of our advertising sponsors and contributions from our readers. If you’re interested in partnering with the Missoula Current, contact our publisher, Lisa Vachio, at publisher@missoulacurrent.com or 406-493-6296.

Letters to the editor can be submitted to editor@missoulacurrent.com

Press releases can be submitted to news@missoulacurrent.com 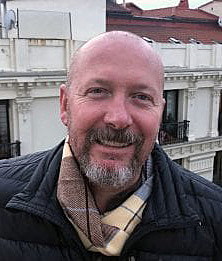 A Colorado native and non-fiction author, Martin moved to Montana in 1994 after serving in the Marine Corps, including the first Gulf War. A graduate of the University of Montana, he went to work in the newspaper industry in 1998 and spent 17 years with Lee Enterprises, reporting in Montana and Wyoming with the Billings Gazette and Missoulian newspapers. He launched the Missoula Current in December 2015 and spends his free time on his paddle board, hiking and dabbling as an artist. Martin can be contacted at martin@missoulacurrent.com or 406-830-5035. Lisa Vachio is a Missoula business owner who relocated from Oregon to Montana in 1995. She earned a bachelor’s degree in business in 1989 and has been self employed for more than 20 years. In addition to her business endeavors, Lisa is passionate about her involvement in the Missoula community and is active in several organizations, including the Missoula Businesswomen’s Network, Missoula Community Theater and Hellgate Lacrosse. Lisa enjoys spending her free time with friends and family, and indulging in Missoula’s recreation and cultural offerings. Lisa can be contacted at lisav@missoulacurrent.com or 406-493-6296. After stints as an Air Force and airline pilot, Laura Lundquist yearned to return to her home state of Montana. With her engineering and biology background, she landed in Missoula in 2001 and got a job with an environmental consulting company but was laid off during the economic downturn in 2008. A friend recommended the University of Montana environmental journalism master’s program. Since graduating in 2010, Laura has covered the environmental beat in Twin Falls, Idaho, and Bozeman, in addition to a year of a court reporting in Hamilton. Laura spends her free time playing music and exploring Montana’s mountains and rivers. She can be contacted at lundquist@missoulacurrent.com or 406-274-2426. William Muñoz has photographically illustrated over 100 children’s book in collaboration with author Dorothy Patent. In addition to these, he has exhibited his fine arts prints at fairs across the country. For the past decade, he has been photographing dance for the Dance Department at the University of Montana. This, and more recently his pursuit of music concerts in the Missoula area, is a result of his passion capturing motion.