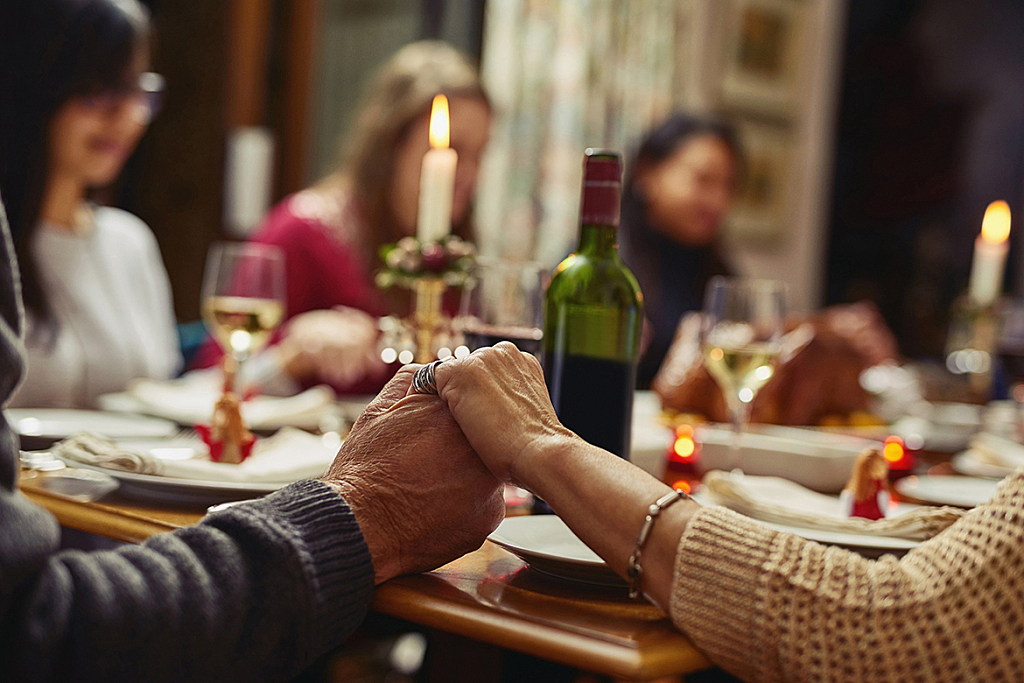 The roast turkey and pecan pie may be the same as always, but growing numbers of families plan to add a tradition to their Thanksgiving holiday this week: a frank talk about their wishes for end-of-life care.

Paul Malley, president of Aging with Dignity, the agency behind Five Wishes, a popular living will, says requests for the documents that guide decisions surrounding serious illness and death typically surge starting now.

“We see a bit of a Thanksgiving rush and a bit of a Christmas rush in December,” said Malley, who notes that 30 million copies of Five Wishes have been distributed since 1998.

Turkey dinner with a side dish of death isn’t everyone’s idea of a festive meal. But Malley and other experts in end-of-life talks say the holidays are an ideal time to have hard conversations about final preferences and plans.

“People come home for the holidays,” said Ellen Goodman, the longtime columnist and reporter who co-founded The Conversation Project, which provides kits to kick-start end-of-life discussions. “It’s one of those times when we’re together. It’s something that’s important to talk about.”

While many families will start such discussions for the first time this year, Dr. Patricia Bomba’s family has made the talks a tradition since 1992.

“After the dinner dishes are cleared, the adults in our family stay at the table and talk about what matters most in our lives,” said Bomba, vice president and medical director for geriatrics for Excellus BlueCross BlueShield in New York.

Her family joke is: “There’s no pumpkin pie until you tell me how you want to live until you die,” she added. But the holiday sessions helped guide serious decisions when Bomba’s mother died, she said.

The conversations typically occur between middle-aged children and their elderly parents or grandparents, but they should include all of the adults in a family, Malley said.

“Don’t just put your grandparents in the hot seat,” he said. “It makes for a better and easier family conversation if everyone is in it together.”

The goal is to ensure that people’s preferences are honored. But the talks also can reduce the guilt and depression many family members feel after a loved one dies.

“You can talk about what your values are, who you want to make decisions for you, the care you want, the care you don’t want,” Goodman said.

Often, though, no one wants to broach the subject, even when they think they should. A 2013 Conversation Project survey found that while 90 percent of people said it’s important to have end-of-life discussions with their loved ones, fewer than 30 percent had done so.

Nationwide, about a third of adults in the U.S. have completed written advance directives that spell out wishes for care or designate the person they’d like to carry them out, according to a study in the journal Health Affairs.

Research shows that advance care planning, including the use of written documents, can increase the chances that people’s end-of-life wishes will be followed.

Having those conversations in person is important, too, said Malley, who plans to help his parents, who are in their 70s, update their documents over the holiday.

“It’s a natural time to discuss which one of us boys do you want to be your health care agent?” said Malley, the youngest of three brothers. “My parents are teaching us about advance-care planning by doing this together as a family.”

Still, starting such a conversation can be difficult, Goodman said.

“People think if I bring this up with my elderly parents, they’re going to think I want them dead. Or there’s something wrong,” she said.

But if family members can explain that the goal is to understand what matters most to the person at the end of life, the conversation changes. The agency has put together a video that uses humor to show how to break the ice.

“When you say how important it is to you, it’s truly a gift,” Goodman said.

She sees a shift in the culture surrounding end-of-life wishes, even in the five years since The Conversation Project started.

Back then, the specter of “death panels” nearly derailed Obamacare. Today, end-of-life conversations are being paid for by Medicare and books like Atul Gawande’s “Being Mortal” have topped the best-seller list.

“I’m convinced we’re at a tipping point,” Goodman said. “It’s so important to get it right. When you get it wrong, you get something big wrong.”

Kaiser Health News’ coverage of these topics is supported by Gordon and Betty Moore Foundation and John A. Hartford Foundation