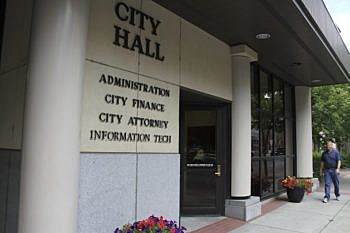 With the filing officially closed as of 5 p.m., there are now 26 candidates vying for the mayor’s position and five open seats on the City Council. According to records on the Yellowstone County Elections Office website, that eclipses the number of candidates in any city race going back to 1999, the earliest year for which results are posted.

The previous high was in 2005, when six people ran for mayor and 15 for City Council. (The records actually go back to 1998, but there wasn’t a municipal election that year.)

One of the factors that can trigger a primary election is the presence of five or more candidates in any one race, so the fact that seven people are running for mayor—hoping to replace Tom Hanel, who is term-limited—means there will be a primary on Sept. 12, with the general election on Nov. 7.

The mayor, who is a full voting member of the City Council, is paid $800 a month, or $9,600 a year, while council members make $600 a month, or $7,200 a year. The mayor and council members are also eligible to participate in the city’s self-funded health insurance system and the Montana Public Employee Retirement System.

All are elected to four-year terms, and none can serve more than two consecutive terms, as laid out in the City Charter. The positions are all non-partisan, meaning candidates do not declare a party affiliation.

Billings has a mayor-city administrator form of government, under which a full-time administrator is ultimately responsible for the day-to-day operations of city government, while the mayor, besides serving on the council, performs largely ceremonial duties but also provides leadership on key issues.

Hanel, a retired police officer and a real estate agent, is nearing the end of his second term and can’t run again. The candidates hoping to succeed him are Randy Hafer, an architect; Bill Cole, a lawyer; Jeff Essmann, a businessman and chairman of the Montana Republican Party; Angela Cimmino, who represents Ward 2 on the council but is term-limited out this year; Danielle Egnew, a musician, writer and TV and film producer; Danny Sandefur, a real estate agent; and Paul Bledsoe, occupation unknown.

Here’s a look at the City Council candidates:

♦ Ward 1 covers the downtown, much of the South Side and the Alkali Creek area of the Heights. Candidates are Michael Yakawich, the incumbent; Charlie Smilie, the Eastern Montana field representative for the Montana Wilderness Association; and Joshua Kostelecky, the owner of Ten 11 Entertainment. (Update: No new candidates filed in Ward 1.)

♦ Ward 2 covers all of the Heights north of the Alkali Creek area. Councilwoman Cimmino is term-limited out and is running for mayor. Candidates hoping to succeed her are Roger Gravgaard, the owner of an insurance agency, and Ta’jin Perez, a program coordinator for Western Native Voice. (Update: New candidates in Ward 2 are Frank Ewalt, a retired city firefighter, and Jeff Smith, a salesman for Starter Alternator Specialists.)

♦ Ward 3 covers most of central Billings between the Yellowstone River and Poly Drive, plus the Briarwood subdivision. Councilman Rich McFadden is term-limited out. The four people running for the open seat are Tyler Starkweather, an assistant teacher at Sunrise Montessori School; Nadja Brown, a co-owner of Mountain Sales; Russell Rowland, a writer of fiction and nonfiction; and Michael Larson, who formerly represented Ward 5 on the council. (Update: The new candidate in Ward 3 is Denise Joy, a special needs assistant for School District 2.)

♦ Ward 4 covers a long, narrow swath of the city between the Rims and roughly Colton Boulevard, from North 27th Street all the way to the Ironwood Subdivision, as well as the Rehberg Ranch Estates. The incumbent, Al Swanson, is eligible to run again but has not filed to do so. The only candidate so far is George Blackard, a customer advocate for Connect Telephone and Computer Group. (Update: New candidates in Ward 4 are Rick McIntyre, a retired teacher, and Penny Ronning, a photographer.)

♦ Ward 5 covers most of the West End, roughly south of Colton and west of South 24th Street. Candidates are Dennis Ulvestad, who is retired and serves on the city Zoning Commission, and Alexander Clark, an outdoor adventure leadership student at Montana State University Billings. (Update: Incumbent Shaun Brown filed for re-election. Also running is Rhonda Whiteman, a field organizer for various organizations.)