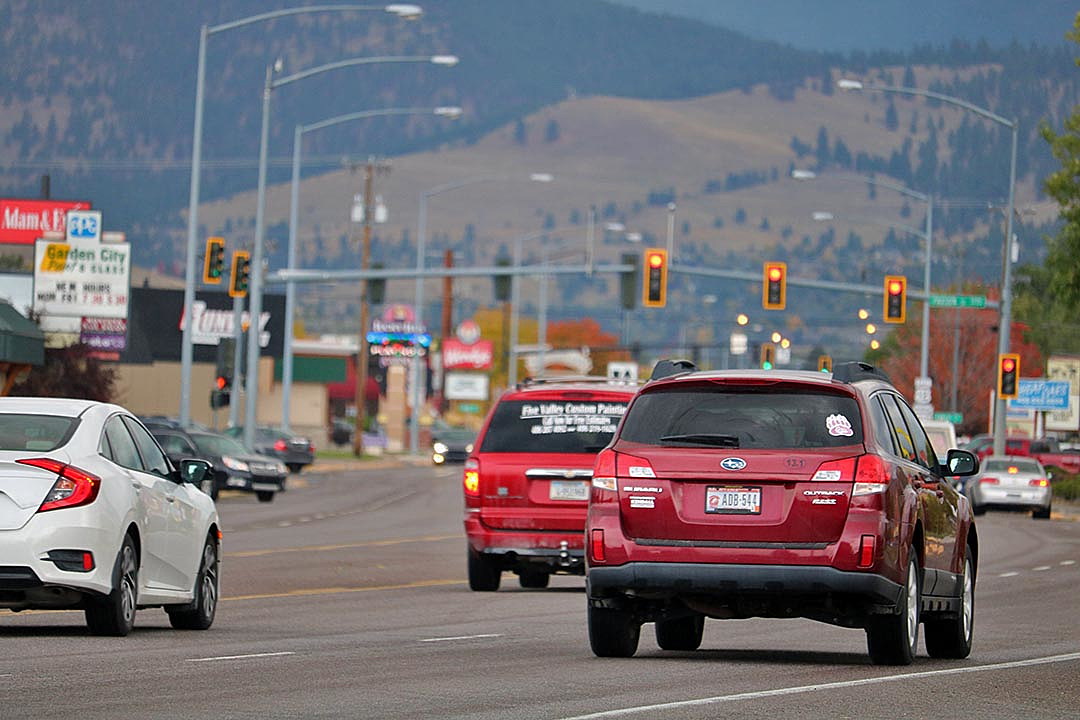 Missoula County residents will be allowed to vote on whether they pay a few pennies more at the pump to improve local roads.

Two hours before a filing deadline on Monday, Missoula County commissioners voted unanimously to add a referendum to the June primary election ballot that could create a 2-cent per gallon motor fuel excise tax in the county.

“This gas tax is one of the few tools that our less-than-generous Legislature has given local governments in the state of Montana, and it is one mechanism to both provide matching funds for grant moneys that otherwise might not be able to be tapped into or direct funding for specific projects,” said commissioner David Strohmaier. “I have not heard any compelling reason not to let the voters of Missoula County weigh in on this.”

In February, a handful of local business leaders, including the Missoula Organization of Realtors and several engineering firms, asked Missoula County commissioners to propose the tax.

If voted in, the gas tax, which excludes diesel fuel, would go into effect by mid-September at the earliest, which would miss peak tourist season. Missoula County estimates that the tax would collect from tourists about $400,000 of the estimated $1.1 million brought in annually.

Almost all the money would go into a special county account dedicated only to road construction and maintenance, although 1% would be reimbursed to the retail seller. The county can’t increase the per-gallon tax beyond 2 cents by law.

When used as a match for grants, every $1 million in tax money could raise up to $7 million in state and federal matching funds.

Currently, most of the money for road maintenance comes out of local property taxes and amounts to only about $750,000 a year for the county. That’s about $1 million a year less than what is needed for equipment and another $1 million for road projects, according to the county roads division, which has to maintain about 1,500 miles of road.

The city and county have debated adding a tax for the past month and held two hearings for public comment. On Monday, two people still rose to ask the commissioners not to pass the motion to advance the referendum.

Alan Ault, who is running for Missoula county commissioner, asked what the commission would do to find money if the voters reject the gas tax. The two options are raising property taxes or making county government more efficient, so he asked that the commission do the latter without creating a gas tax.

Strohmaier indicated that wasn’t really an option that would provide enough money.

“Our public works office does a pretty good job with not nearly enough resources as they need,” Strohmaier said.

Earl Allen of Turah said he didn’t think the commission had thought the process out well enough to put a tax to the voters.

“Some of the things you said, Commissioner (Josh) Slotnik, have me concerned that you’re not ready to go,” Allen said. “I think you have seen some numbers from some folks that paint a rosy picture about how this is going to turn out, and I don’t think that’s tapped into some of the angst and anger and concern about how people perceive government in the city and county and how they actually spend the money that they get.”

Commissioner Juanita Vero said people had asked her how the county would ensure it got its 50% of the money. Because all the money is in an account, city and county leaders can monitor how much money has gone to each project.

“I hear Mr. Allen’s concerns about the fine details not being as palatable as you would like,” Vero said. “I don’t know what I can say to make you feel better. But this is the only tool we have to explore this and it’s worthy of putting to the voters.”

Slotnik said the referendum was about fairness and responsibility.

“We get about 1.5 million guests a year who drive all over the place but do not contribute to the cost to create the services that they make use of while they’re here. If you use something, you should account for your use,” Slotnik said. “Plus, we’re not voting to do this – we’re letting the voters decide. This is an act of direct democracy that could not be more direct.”