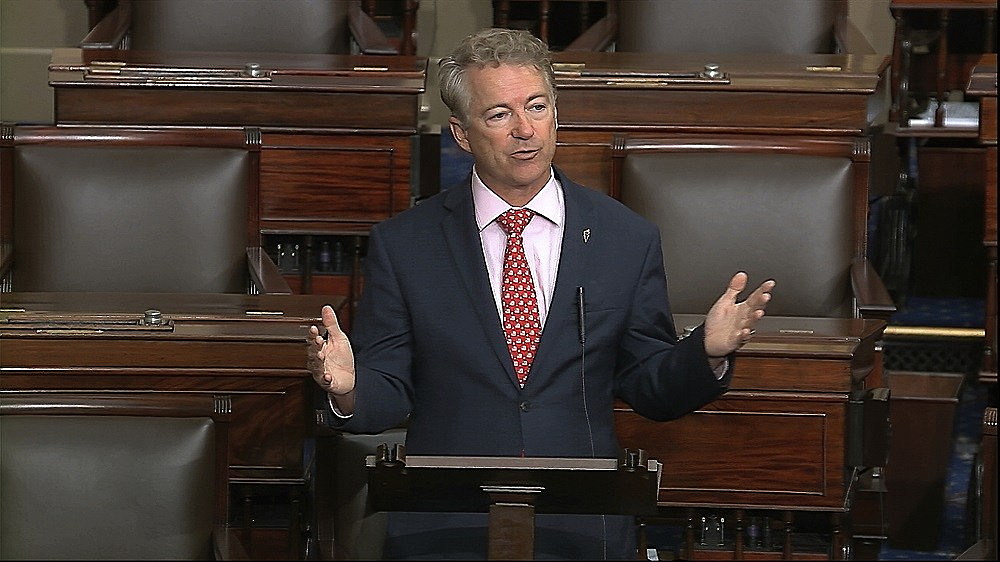 (CN) – Rand Paul announced Sunday he had tested positive for COVID-19, the first senator to do so.

“Senator Rand Paul has tested positive for COVID-19,” according to a statement made on Twitter. “He is feeling fine and is in quarantine. He is asymptomatic and was tested out of an abundance of caution due to his extensive travel and events. He was not aware of any direct contact with any infected person.”

The Kentucky Republican is the third member of Congress to contract the coronavirus, along with Representative Mario Diaz-Balart, R-Fla. and Ben McAdams, D-Utah. Paul’s office has been operating remotely for the past ten days and “virtually no staff has had contact” with him, according to the statement.

Paul voted against a House-passed bill last week that shored up over $100 billion for coronavirus testing and guaranteed paid sick leave. He was the only Republican senator to also oppose the initial $8.3 billion coronavirus bill.

Paul could be considered a high-risk patient. In August of last year, he announced that he had part of his lung removed as a result of it being damaged in 2017 by an assault from his neighbor.

Paul’s infection has not changed his colleagues’ determination to work on a stimulus package. Senators are remaining in Washington through the weekend to finish the latest coronavirus relief bill.

“I don’t believe it changes our posture,” Missouri Republican Senator Roy Blunt said to reporters on Sunday. “I think individual members will know if they’ve had much contact with him in the last week or not.”

“I believe that our first obligation is to finish our work. After that, I think it would be wise to accelerate the break that was scheduled for April,” she said to reporters.

The Senate is expected to vote on the stimulus package on Monday. A resolution calling for remote voting could be put into play following the news of Paul’s infection.