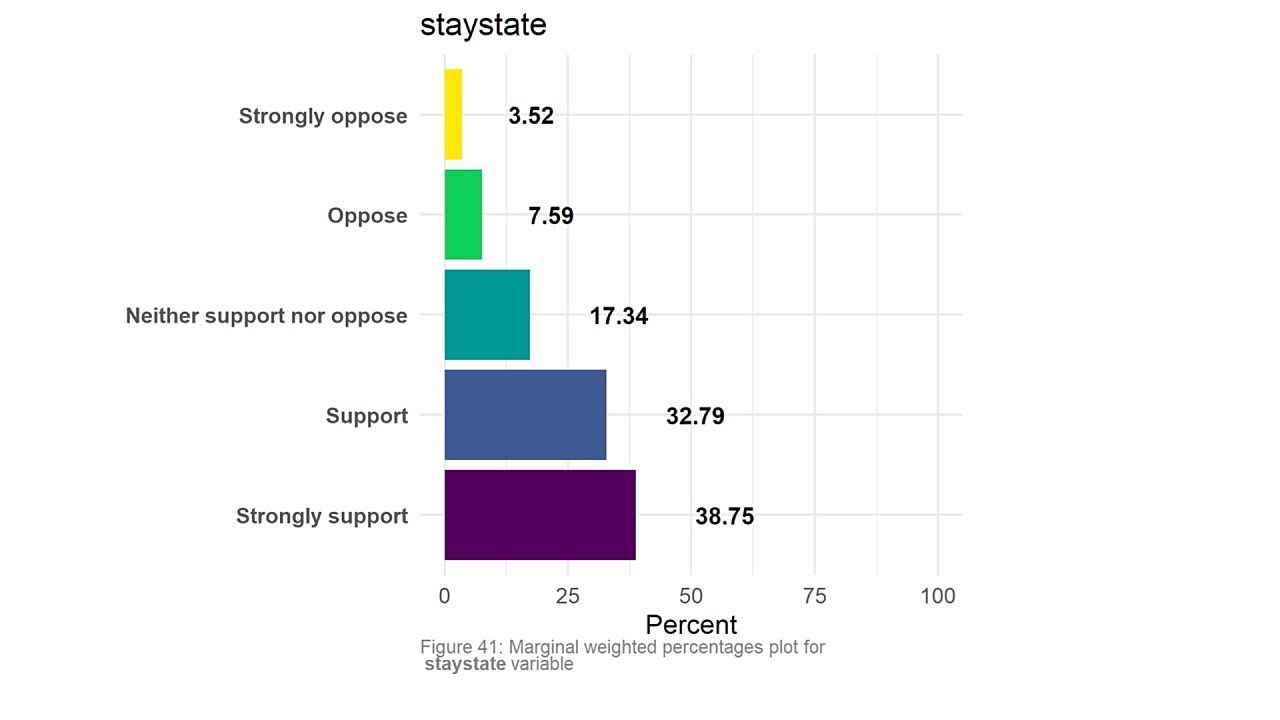 (KPAX) A strong majority of Montanans support the “stay-at-home” order issued by Gov. Steve Bullock in late March, in response to the Covid-19 outbreak, a new poll by Montana State University says – although that same majority worries about economic impacts of the virus.

The online poll, based on the responses of 738 Montanans in mid- to late April, also showed overwhelming support for the federal government’s aid to individuals and small businesses – but not large corporations.

About one-fourth of those surveyed also said they have lost a job, or expect to lose one, and are having difficulty paying bills or expect to have difficulty.

“The most notable result (is that while) we’re seeing these protests at these various state capitols, with individuals angry about the stay-at-home order — but you look at the data, and it’s pretty clear, that’s a very tiny minority,” said David Parker, chair of the political science department at MSU-Bozeman.

He also noted the high support – more than 80 percent – of federal stimulus payments for people and small businesses, and the poll results showing the economic toll of the pandemic.

MSU and the University of Denver sponsored the poll, which surveyed people in Montana, Colorado, North Dakota and Utah. The results in this story are solely for Montana respondents to the survey.

The poll asked dozens of questions about the public’s views of the Covid-19 pandemic, its impacts and the response of the government and others.

In Montana, 457 cases of Covid-19 have been confirmed – the second-lowest number of any state – and 16 people have died from the virus. As of Monday, the state had just 35 active cases of the virus.

Bullock issued a stay-at-home order March 26 that said all non-essential businesses should close, but came out with a phased re-opening plan April 22. Some businesses were allowed to re-open last week and bars and restaurants can re-open starting Monday, with social-distancing restrictions in place.

According to the poll, nearly 72 percent of Montanans strongly supported or somewhat supported Bullock’s initial order, while just 11 percent opposed it. Seventeen percent were neutral.

At the same time, three-fourths of Montanans said they’re “very” or “moderately” worried about the collapse of small businesses and a possible economic depression in the United States, in the wake of the pandemic.

Other results of the polling on aspects of Covid-19 in Montana and the nation:

· Almost 82 percent of Montanans support the federal government’s direct stimulus payments of $1,200 to individuals and 84 percent support the billions of dollars of assistance for small business. However, 60 percent opposed giving aid to large corporations.

· Three-fourths of Montanans believe they have a low or moderate risk of getting the Covid-19 virus, while only 10 percent said they have a high risk.