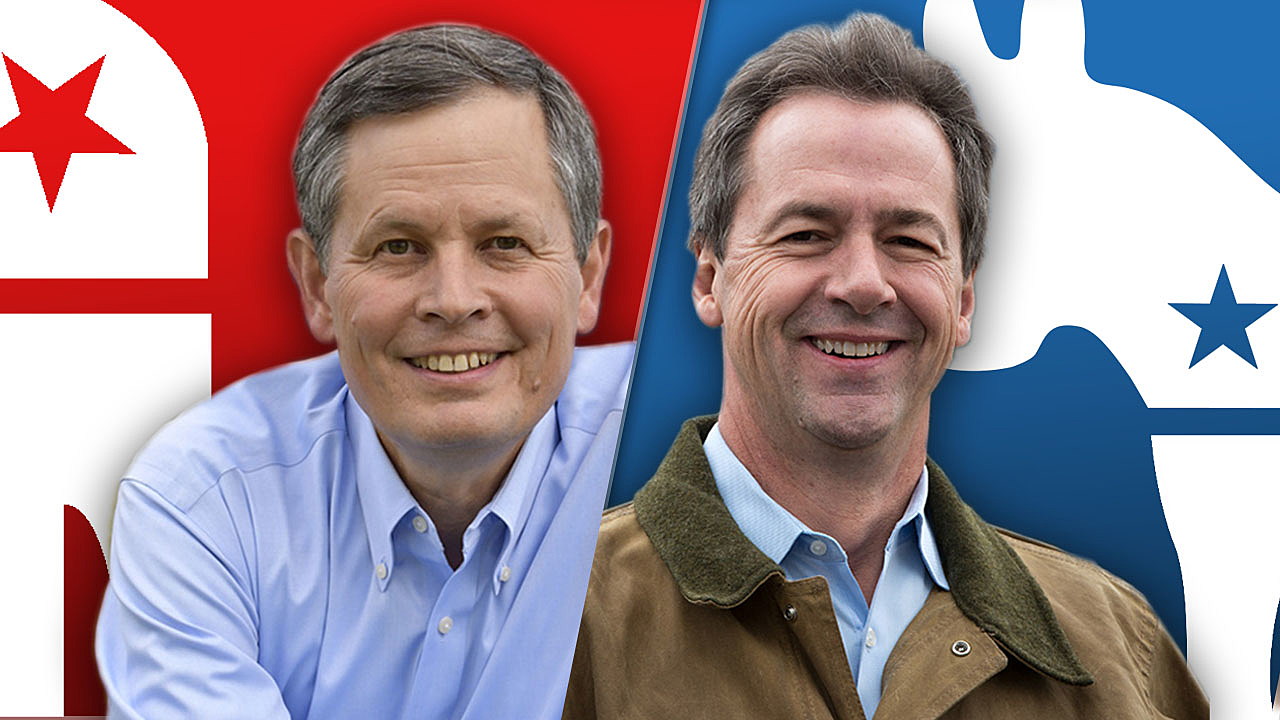 (KPAX) HELENA – Republican U.S. Sen. Steve Daines and Democratic Gov. Steve Bullock cruised to victory in their respective primaries Tuesday, setting the stage for what’s expected to be an epic battle this fall in one of the top U.S. Senate races in the country.

In the Democratic primary, Bullock defeated Loma rancher and engineer John Mues, who had entered the race last summer, long before Bullock decided on the last possible day to become a candidate. Bozeman physicist Michael Knoles also appeared on the ballot as a Democrat, but suspended his campaign when Bullock entered the race March 9.

In an interview with MTN News, Daines said he believes key issues in the general election this November will be jobs, the economy, helping small businesses, and getting Montanans back to work.

“Its about less regulations, it will be about more freedoms, the issue of the Second Amendment. I got an A+ rating from the NRA, my opponent had called for a semi-automatic firearms ban,” Daines said. “I’m an avid supporter of public lands; I spend a lot of time on our public lands. Immigration and border security will also be an important issue. I stood strong with the president to secure our southern border; my opponent supported sanctuary cities. I think these are going to be very stark contrasts.”

Bullock refused to talk to reporters Tuesday, but his campaign issued a statement, reviewing some of his accomplishments as governor. The statement gave a preview of talking points for the election, saying the U.S. Senate has been “held captive by special interests and petty partisan politics” and has failed to address major issues while letting “the deficit skyrocket while giving billions of dollars in handouts to corporate interests and pharmaceutical companies.”

“In the midst of this extraordinary crisis, Washington is more focused on shifting blame than seeking solutions,” Bullock said in his statement. “I’m running for the Senate to do away with partisan politics and do what is right for the American people.”

Bullock, who ran for president last year before ending that effort in December, said for many months he had no interest in a 2020 challenge of Daines, but changed his mind in March.

His entry changed the race from a snoozer and likely Daines victory to a top national race, with Democrats targeting it as one of several Republican seats they hope to win in their quest to retake control of the U.S. Senate.

In the first 10 weeks of his campaign, Bullock raised almost $6 million, outpacing Daines. However, Daines has raised $9 million for his campaign, giving him an overall edge at this point.

Daines, 57, is a former executive for RightNow Technologies, a software-development firm founded in Bozeman and sold to Oracle Corp. in 2012 for $1.8 billion.

He’s a personal friend of the company’s co-founder, Greg Gianforte, who is Montana’s sole congressman and a Republican candidate for governor this year.

Daines won election to the U.S. House in 2012 and then ran for the U.S. Senate in 2014, after then-Sen. Max Baucus decided to retire. He won the 2014 race easily over Democrat Amanda Curtis, who came into the race late when Democrat John Walsh withdrew after a plagiarism scandal.

He’s been a mostly staunch supporter of President Trump in Congress.

Bullock, 54, a lawyer and former state attorney general, narrowly won the governorship in 2012 and then won re-election in 2016, defeating Gianforte.

As governor, Bullock helped guide the legislative passage of Medicaid expansion, which has brought government-funded health coverage to 90,000 low-income Montanans, and a major campaign-finance bill that brought disclosure to undisclosed “dark money” in elections in Montana.

During his presidential campaign, Bullock touted himself as a moderate Democrat who could work with Republicans to accomplish goals for the state. Republicans have controlled majorities of the Legislature throughout his governorship, but Bullock has been able to form coalitions with minority Democrats and a group of moderate Republicans to pass key legislation.