HELENA — The COVID-19 pandemic brought a flood of new orders and guidelines from local health departments for businesses across Montana, including particularly tricky ones for owners and employees on mask use.

Jim Edwards, the owner of Pattee Creek Market in Missoula, said his business adapted, putting up plastic screens and increasing cleaning. But he said ordering his employees to enforce a mask mandate for his customers crossed a line.

“It’s not a $12-per-hour checker’s job to be the mask police,” Edwards said in a phone call. “The bottom line is the health department can’t dictate our lives.”

That’s part of the reason why Edwards joined his business with five others and one individual in a lawsuit against the Missoula City-County Board of Health and Ellen Leahy, Missoula’s public health officer.

This January, newly elected Governor Greg Gianforte almost immediately rescinded most of the statewide orders issued by former Gov. Steve Bullock that limited capacity and operating hours for businesses. However, local boards of health are still allowed to issue their own orders, and Missoula County maintained restrictions on businesses.

“I’m not really in a fight with them,” said Edwards, who also says he doubts the scope and severity of COVID-19 and claims health leaders are withholding information about the pandemic. “I’m part of the lawsuit to bring out a conversation on why things happened the way they did. There’s no accountability on the health boards; they can do whatever they want.”

As local public health agencies continue to wrestle with a crisis unlike any in over a century, the Montana Legislature is considering a package of bills that would strap new limitations on their powers. The legislation comes after multiple cases of conflict between local public health officers and individuals and businesses across the state.

Supporters of the measures, many of whom share Edwards’s skepticism of the pandemic, tout the legislation’s promise of accountability. But some opponents worry that without independent experts guiding responses to health emergencies, public health may become even more politicized.

Lora Weir has been the executive director of the Montana Public Health Association since 2006, coordinating the organization’s more than 300 local health officials, medical experts and state health department employees. In her experience, public boards of health always operated out of the spotlight, until COVID-19 dragged them to the forefront of public discourse.

“Normally, we fly underneath the radar,” Weir said in an interview. “The things that we did didn’t create so much emphasis.”

Montana’s local health boards are separate from state government in their functions and powers, providing a degree of “local autonomy,” Weir said. Three kinds of health boards can be found across the state: 37 county boards of health, 12 city-county boards and one district board. Members are appointed by the boards’ governing bodies — county commissions or city councils, for instance — and often include members of those governing bodies themselves.

Rep. David Bedey, R-Hamilton, believes accountability to voters must go further than elected officials being able to make appointments to a board.

His House Bill 121, which would revise the powers of health boards, drew a spirited hearing in the House Local Government committee on Jan. 14.

Under current law, the mandates and orders issued by public boards of health cannot be altered by local governments. HB 121 seeks to change that by allowing elected officials to change or reverse public health orders during states of emergency.

In an interview, Bedey said his bill came from concern over a “disconnect” between citizens and their government due to the mandates issued by health boards. He sees HB 121 as a middle ground between preserving the authority and expertise of boards of health and providing accountability by having their decisions approved by elected officials.

“It’s less about the specific actions of boards of public health and commissioners and more about restoring our citizens’ sense of trust in their institutions,” Bedey said.

The House Local Government Committee provided some amendments to Bedey’s bill, including one requiring that local governments hold a public meeting prior to voting to change an order from their board of health. The bill passed out of the committee 16-1, though some members said their votes were reluctant. Rep. Mary Ann Dunwell, D-Helena, said she expected one of the health board bills would advance to the House, and that this one would be the “least harmful” in the long run.

“This chips away at public health. The others would destroy it entirely,” Dunwell said.

Rep. Paul Fielder, R-Thompson Falls, sponsored House Bill 145, which was also introduced in the House Local Government Committee. While Fielder said his bill also seeks accountability for local health boards, it takes a much broader approach — one that drew a great deal of criticism during its first hearing, and led to it being tabled in a 17-0 vote. Unless revived, it will not move further in the Legislature.

Fielder’s bill would have removed the ability of local boards of health to give any orders at all, instead allowing them to issue “recommendations” for adoption by the local government.

Fielder said he understands the use of orders by health boards during an initial emergency, but that voters ought to have a voice in the process.

“You can’t have an emergency for a year and a half,” Fielder said in an interview. “After that, it becomes something you’re living and dealing with.”

However, Fielder’s bill would likely have unintended consequences for health boards, both during a pandemic and beyond.

Weir said public boards of health must already hold public hearings and allow comments, and governing bodies would do the same when approving the boards’ recommendations. She said that redundancy would consume valuable time the boards need to respond to imminent threats, like an outbreak of food-borne illness in a restaurant or a sewage leak.

“This just lessens the efficiency of the process,” Weir said.

In Montana, 21 county boards of health already have all three county commissioners serving on the board, and Weir said all boards of health in the state allow commissioners a seat at the table. In her eyes, accountability is already built into the system: elected officials appoint members on each board, can serve on the boards themselves and can remove any member, too. 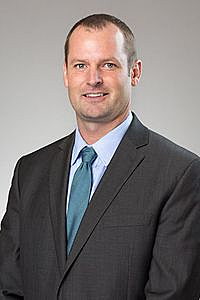 Neither Bedey, Fielder, nor Regier said they had collaborated with any other legislators in the drafting of their bills, and had a general awareness that other bills like theirs were in the works.

Of the three, Regier’s bill offers the most drastic changes to the powers of local health boards. HB 236 would remove the ability of public health officials to issue criminal charges to those who intentionally ignore mandates, instead opting for a $25 fine for individuals and $2,500 for businesses.

The bill also changes the definition of “quarantine” to mean the same as “isolation,” meaning boards of health could no longer order individuals to stay home if they came into contact with a dangerous communicable disease, only once they receive a positive test result.

In his opening testimony, Regier echoed Bedey and Fielder’s comments about “accountability.” But after fiery testimony from many of the bill’s supporters, who slammed the actions of local health officials as “a power grab” and said they were reminiscent of Nazi Germany, the lawmaker acknowledged that anger may be driving some of legislation.

“I do think some of the proponents, and thousands of Montanans out there, they are rightfully upset,” Regier said. “Hundreds of thousands of upset Montanans can’t go watch their kids play sports because of an unelected official’s decision.”

The bill passed out of the committee on a party line, 12-7 vote, with Republicans in favor and Democrats against.

One bill adjacent to the health board measures would also remove an element of Montana law called “outdated” by proponents.

The bill got broad bipartisan support and passed the Senate 44-4. It is now heading to the House. Fitzpatrick said the bill “just made sense,” because an elected sheriff shouldn’t be punished for not doing what an appointed health officer wants them to do.

The sheriff of Fitzpatrick’s own county, Jesse Slaughter, suggested the bill to the senator.

“As a law enforcement officer, the community not only expects us to, but expects us to use discretion,” Slaughter said.

Dylan Klapmeier, a spokesperson for the House Republicans, said it’s not uncommon for duplicate bills to surface during the session, but those bills are often consolidated by the majority leader before they reach committee. The differences between these bills, however, will now have to be worked out by committees and, potentially, members of the full House.

But with Republicans in firm control of the Legislature and the governor’s office, committee members acknowledged one of these bills is likely to pass in one form or another.

Burrows said he sees both sides, understanding the concerns people have over boards of health shutting down businesses and hurting the economy, but he also worries that legislation like House Bills 121, 145 and 236 could further politicize public health.

“I guess it’s a double-edged sword,” Burrows said in an interview.