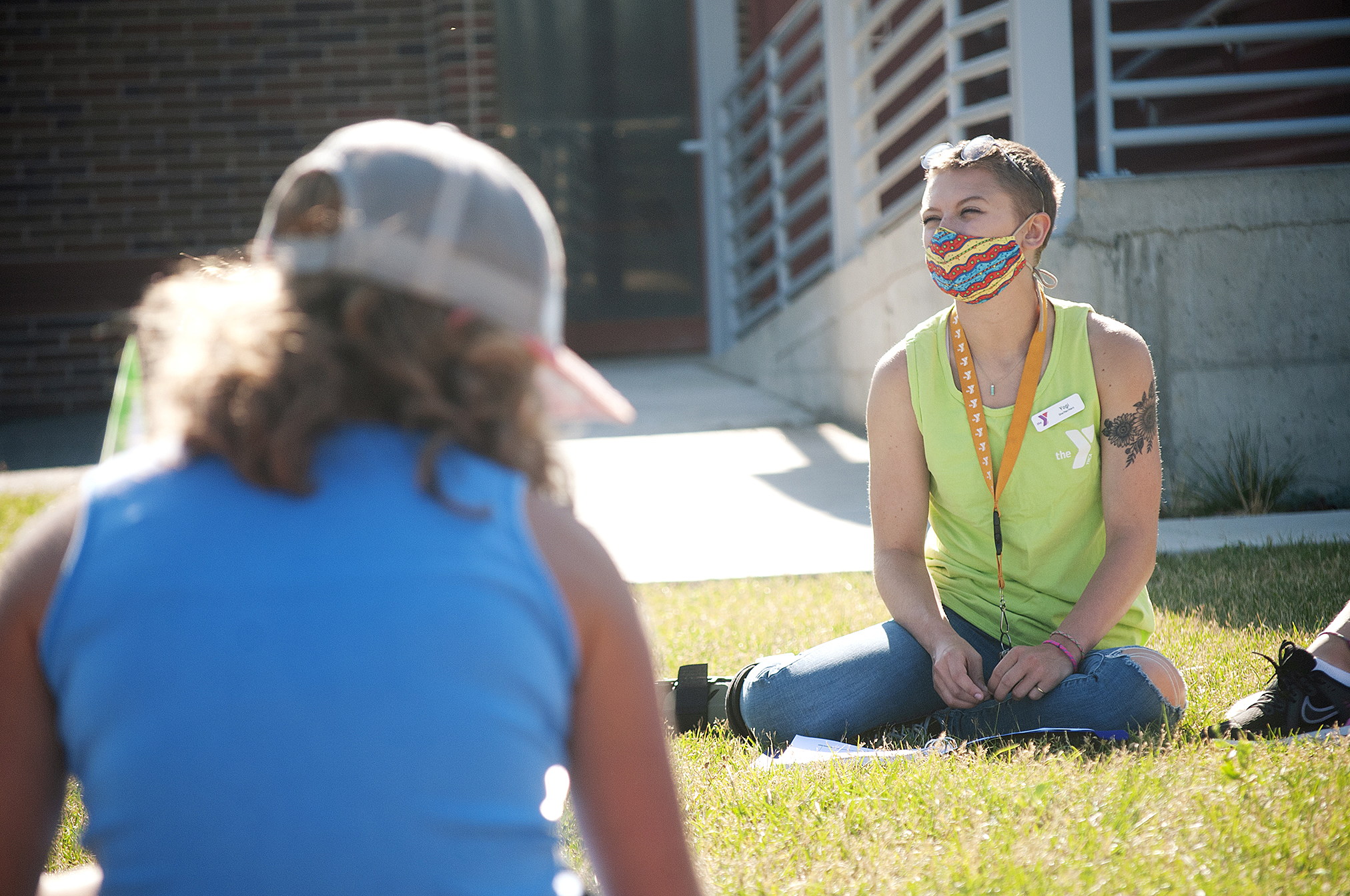 HELENA (MTFP) — Gov. Greg Gianforte issued a rare veto this week of a low-profile bill that would have created a task force of business community representatives to identify solutions to Montana’s increasingly painful childcare shortage.

Instead, the governor said in a memo explaining the move, he plans to tackle the challenge his own way, putting childcare dollars included in Montana’s federal coronavirus relief haul into initiatives designed to make it easier for new providers to open in the state’s childcare deserts.

“Rather than confirm through further study the flaws within Montana’s childcare system and the failures of past administrations to remedy these flaws, we must act now,” Gianforte wrote.

Specifics about how the childcare stimulus dollars will be allocated, and the Republican administration’s broader plans for addressing a key piece of Montana’s workforce shortage puzzle, aren’t yet ironed out, or at least visible to the public.

“It’s true that there’s a considerable amount of collaboration and work happening in Montana to think about the childcare issue, but it’s not yet clear what the Gianforte administration is going to be doing around that,” said Grace Decker, United Way of Missoula’s Zero to Five coordinator.

Even as Montana’s tight labor market and rising cost of living cause friction burns across the state economy, childcare stands out as a particularly knotty issue — and one that’s cinched tighter over the course of the COVID-19 pandemic.

Many working Montana parents struggle to find affordable childcare options or, in some cases, any workable options at all, pushing women in particular out of the labor pool. Childcare providers struggle with long hours and low wages, which discourage would-be providers from opening shop to meet the need. And early-childhood advocates worry about whether young kids caught in the squeeze are getting the type of care that’s necessary for them to thrive into adolescence and adulthood.

A report published by the Montana Department of Labor & Industry and the Federal Reserve Bank of Minneapolis late last year estimated there are 44,000 Montana kids under the age of 6 who live in households where all adults are in the labor force. As of September 2020, the report said, Montana had 21,000 slots available in licensed childcare providers — enough to meet less than half that need.

That study also reported that childcare costs for Montana families averaged $7,900 a year — equivalent to one-seventh of the state’s median family income. In a survey conducted in early 2020, largely before the coronavirus shutdowns kicked in, 40% of Montana businesses said lack of affordable childcare in their area was making it harder for them to recruit workers. That figure was higher in rural north-central and eastern Montana.

“The reality is if there’s so much demand and people aren’t entering that space, there must be something wrong with the way that business model works,” Decker said. “Even though there isn’t enough of this vital service, people aren’t lining up to provide more of it — because it doesn’t pay.”

One solution, she said, is for the government to step in with subsidies, using tax dollars to bridge the gap between what parents can afford and what providers need to earn in order to run a viable business.

“It’s an essential service,” Decker said. “We have to provide care. That’s what families need, and what kids need. And what the workers need.”

Advocates have for years pushed the state to create a publicly funded preschool program that would shift some of the childcare burden away from working families. They note that Montana is one of only six states in the country that doesn’t put public money toward a state pre-K program.

Former Democratic Gov. Steve Bullock took several swings at establishing a state preschool program during his time in office. Those efforts were rebuffed by the state’s fiscally conservative Republican Legislature.

Gianforte didn’t mention childcare in his Montana Comeback Plan, the platform he published on the 2020 campaign trail and has routinely referenced as a blueprint for his policy agenda in office. His plan does pledge to avoid new state spending.

After taking office in January, Gianforte nixed a Bullock proposal that would have put $10 million over two years into a preschool program. The final version of the 2022-23 budget bill negotiated between the Legislature and the governor’s budget office during this year’s session also cut a $2.4 million appropriation that would have funded the state health department’s Stars to Quality program, which has offered incentives to help childcare providers offer higher-quality services.

The Republican-controlled Legislature did, however, pass Senate Bill 142, which relaxes limits on how many children daycare providers can care for at the same time in an effort to make more slots available. Opponents worried that relaxing provider ratios could compromise child safety and the quality of care. Gianforte signed the bill into law May 7.

The Legislature also passed the bill that triggered Gianforte’s veto, House Bill 624. Sponsored by Rep. Alice Buckley, D-Bozeman, it would have created a childcare task force with members representing different sectors of the state’s business community. The group would have been asked to examine approaches including tax incentives to encourage employer-supported childcare and daycare regulation changes that could make it easier for new providers to open.

The cost of running the task force, estimated at $45,000 over two years, would have been covered by private dollars provided by Funders for Montana’s Children, a coalition of Montana philanthropic groups that has for years lobbied for enhanced early childhood services.

Gianforte shut down the effort Monday, killing the bill with one of only four vetoes he’s delivered since taking office in January.

Dennis & Phyllis Washington Foundation Executive Director Mike Halligan, part of the coalition, called the governor’s action “disappointing” in an interview this week. The effort, he said, would have been a chance to look at successful childcare models in other states.

“We think it would have brought the unique business perspective to the childcare discussion,” Halligan said.

Sen. Shannon O’Brien, a Missoula Democrat who formerly served as Bullock’s education policy advisor and worked on several childcare measures this year, said she was “utterly shocked” by the veto.

“I am absolutely baffled,” O’Brien said in an interview. “I just don’t understand why this isn’t a higher priority for our Montana families, and why our administration wouldn’t spend some time to look at the real barriers and the solutions.”

Gianforte said in his veto memo that he understands the urgency around the childcare issue.

“[M]y administration is acutely aware of the toll that inadequate child care takes on Montana families and our economy,” Gianforte wrote. “As we continue to recover from the COVID-19 pandemic and incentivise Montanans to return to work, the need for childcare reforms and supports could not be greater — which is why I have already directed members of my cabinet to strategize and collaborate with those most impacted by our childcare gap to proactively build a system that works for our families and businesses.”

Gianforte also pointed to the federal stimulus money, including $112 million allocated for childcare spending under the federal American Rescue Plan Act. The rescue plan act, or ARPA, was passed in March by congressional Democrats without Republican support. Gianforte initially called the act “fiscally irresponsible” but has embraced its opportunity to invest in priorities like broadband connectivity.

The childcare money, equivalent to approximately $2,500 for every child in the state under the age of 6, is available through 2024. The text of the Legislature’s stimulus allocation bill calls for distributing it as grants that help childcare providers with one-time expenses like facility upgrades, licensing and employee training. The bill also specifies prioritizing spending on areas of the state that currently have particularly scarce options.

Montana Department of Public Health and Human Services Director Adam Meier said in an interview this week that the volume of federal money will give the state a chance to make a real dent in childcare shortages even without committing to an ongoing childcare program.

“This is one-time money, but it’s a significant amount of money,” Meier said. “There’s a number of things we can invest in in a one-time sense that are sustainable, and long-lasting.”

Noting that state officials are still waiting on formal guidance from federal agencies about what specifically they’ll be able to do with the stimulus money, Meier said the money could be used to help childcare providers upgrade facilities or to provide workforce training that helps would-be daycare operators pick up the business skills they need to run the administrative side of their operations.

He also said HB 624’s proposed business task force would have been duplicative with the state’s existing early childhood advisory council, as well as the separate commission created by the Legislature to work out the details of the health-related stimulus spending.

Meier didn’t provide a clear answer to a question about whether he thinks the state will need to eventually invest its own tax dollars to fix the childcare system in the long run, instead saying that the amount of federal money available means the question simply isn’t pressing for the time being.

“I think you have to evaluate the budget and the budget needs on an ongoing basis,” he said. “We certainly have to be prudent about how we utilize the General Fund dollars that are out there that are provided by the taxpayers of Montana.”