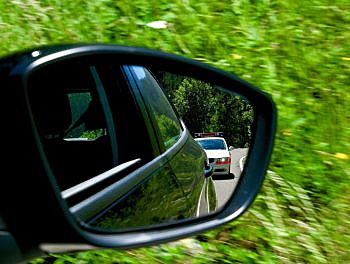 WASHINGTON (CN) — Confronting complicated jurisdictional rules, the U.S. Supreme Court ruled Tuesday that tribal law enforcement can detain and search nonmembers of the tribe who are traveling on a public right-of-way through the reservation based on reasonable suspicion.

The decision reverses the Ninth Circuit, which held that tribal police officers can detain and search non-Indians only if there is an “obvious” or “apparent” violation of the law – as opposed to the reasonable-suspicion standard that non-tribal officers must satisfy to conduct a search.

The case originated when tribal police officer James Saylor pulled over to talk to the driver of a pickup truck idling on the shoulder of the highway on Crow Reservation in southern Montana. Saylor questioned the driver, Joshua James Cooley, a non-Native, and ended up finding three firearms and methamphetamine.

Cooley was charged but moved to suppress the evidence on the grounds that Saylor was acting outside the scope of his jurisdiction. The trial court agreed, and the Ninth Circuit affirmed, saying that the officer should have confirmed whether Cooley was an Indian or non-Indian before proceeding.

During oral arguments at the Supreme Court in March, Cooley’s attorney Eric Henkel said that reasonable suspicion is not enough to detain a non-Native on tribal land unless there is an imminent threat of violence.

“The government claims this sweeping police authority over all U.S. citizens is consistent with overriding federal interests, even though tribes exercise that authority outside the constitution, free of political accountability and cloaked with immunity from civil liability,” Henkel, of the firm Christian, Samson & Baskett, told the justices.

Counsel for the government Eric J. Feign, a U.S. deputy solicitor general, said the Ninth Circuit’s creates a complicated and unworkable law enforcement regime, which would have a chilling effect on combating crime on Indian reservations. Tribes from around the nation agreed, submitting a slew of amicus briefs in the case, some warning of the danger the precedent could pose to tribal women and children.

The Supreme Court’s ruling Tuesday could have broad implications for what tribal policing means for Indian tribal governments.

Writing for the unanimous court Tuesday, Justice Stephen Breyer referred to the court’s 1981 decision in Montana v. United States, which found that tribes couldn’t regulate the hunting and fishing rules for non-Natives on land not owned by the tribe.

Breyer noted Montana also stipulated a tribe retains authority to exercise civil power on lands within a reservation when the conduct is threatening or has direct effect on its citizens. That caveat fit Cooley’s case “like a glove,” he wrote.

“To deny a tribal police officer authority to search and detain for a reasonable time any person he or she believes may commit or has committed a crime would make it difficult for tribes to protect themselves against ongoing threats,” the ruling states. “Such threats may be posed by, for instance, non-Indian drunk drivers, transporters of contraband, or other criminal offenders operating on roads within the boundaries of a tribal reservation.”

Breyer also wrote that Cooley’s arguments were unconvincing. He argued that Congress has limited the scope of tribal police authority, but the justices found those designations do not cover every situation.

“In short, we see nothing in these provisions that shows that Congress sought to deny tribes the authority at issue, authority that rests upon a tribe’s retention of sovereignty as interpreted by Montana and in particular its second exception,” Breyer wrote. “To the contrary, in our view, existing legislation and executive action appear to operate on the assumption that tribes have retained this authority.”

Justice Samuel Alito penned a concurring opinion Tuesday, albeit only a paragraph in length. He said he joins his colleagues with the understanding that the ruling only applies to a public right-of-way that traverses a reservation and only allows tribal officers to stop a non-Indian motorist if there is suspicion of a state or federal law violation, conduct a search if necessary for safety, and detain the motorist until a non-tribal officer arrives if there is probable cause.

Cooley’s attorney and counsel for the Lower Brule Sioux Tribe, Peter Heidepriem with Heidepriem, Purtell, Siegel & Hinrichs, did not return requests for comment Tuesday. Neither did the Department of Justice.