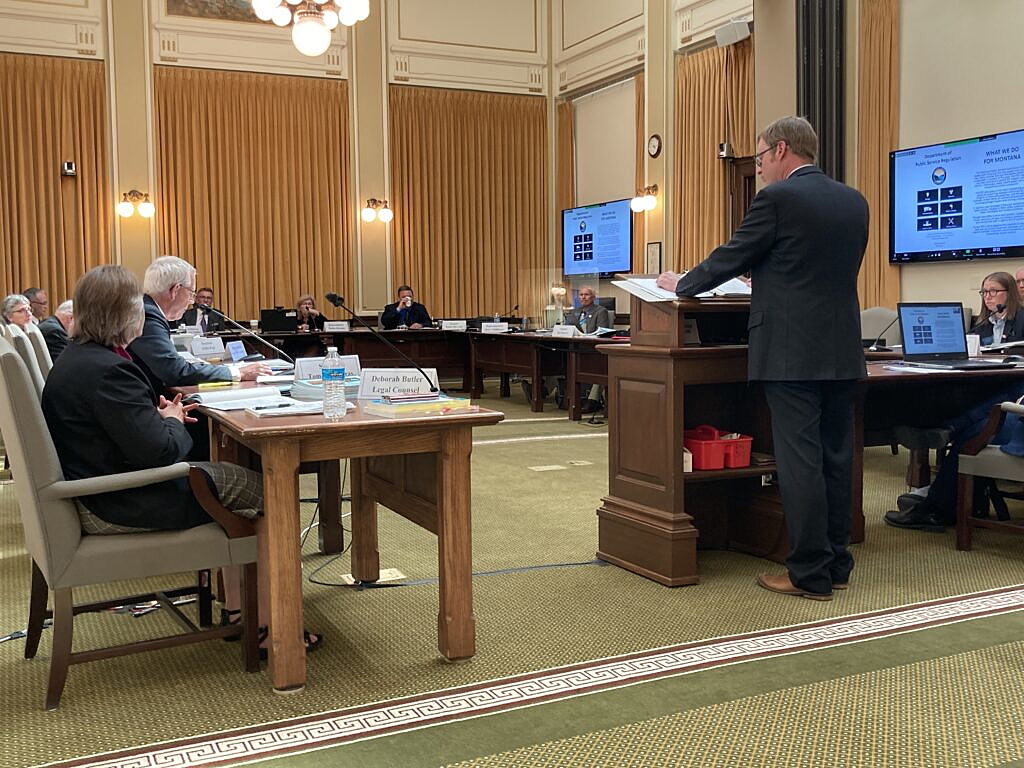 (Daily Montanan) A letter from a former legislator and member of Montana’s Public Service Commission urging either the governor or the state’s attorney general to take action against the commission in light of a troubling audit report appears to have gone nowhere, including not even garnering a response.

Greg Jergeson, the former lawmaker and member of the commission, also testified before the Legislative Audit Committee earlier this year to urge a deeper look into the finances of the commission. Jergeson’s suggestion has drawn the ire of at least one of the current members, District 1 Commissioner Randy Pinocci, a Republican from Sun River.

In early June, Jergeson, a Democrat who lives in Chinook, sent a letter urging either the governor or the attorney general to utilize a never-before-used section of state law that would allow the chief executive to remove members of the commission due to malfeasance, or the attorney general to launch a deeper probe into the all-Republican commission.

The Office of the Legislative Auditor had completed a report that showed, among other concerns, that one commissioner, later identified as Brad Johnson, had traveled to a meeting using a “comfort class” ticket of more than $1,400 while another flew in economy for about a third of that price. The audit also revealed a falsified receipt, it questioned about $47,000 in travel expenses and said that there was around $100,000 understated in revenue and expenses.

“We had concerns about the integrity and competence of certain management personnel, due to an attempt to provide us with falsified documentation, potential waste of state resources, and disregard of state and internal policies, including management override of controls,” said Angus Maciver, legislative auditor, in a letter introducing the findings. “As a result, we were unable to obtain reliable management representations regarding financial activities and compliance to support our audit work.”

That audit prompted Jergeson to write to Gianforte and Knudsen as well as testify at the Legislative Audit Committee, which tackled the topic of the audit and planned to take up the topic again at a future meeting of the interim committee.

About a month after submitting his letter and after the legislative audit committee met, the Daily Montanan reached out to Gianforte and Knudsen’s offices respectively to see if they had considered either removing or investigating the commission.

Attorney General Office spokeswoman Emilee Cantrell told the Daily Montana in late June that they would not respond to questions or “participate in your blog.”

Without comment or response, the Daily Montanan then filed public document requests with each office, which were fulfilled. The records obtained by the Daily Montanan show that Jergeson’s letter was received by both offices, and forwarded to Knudsen and Gianforte. The letter appears to have gone no farther than that, according to the documents provided.

“Nope. I haven’t heard from either. In fact, I don’t recall even a form letter,” Jergeson said when contacted by the Daily Montanan. “Apparently being an elected official means getting a get-out-of-jail free card because they’re all Republicans.”

Pinocci, who is one of three commissioners, along with Tony O’Donnell and Brad Johnson, who were on the commission during the audit period, said that Jergeson “really stepped in it,” and owes him an apology for suggesting his removal.

In both the testimony and the letter, Jergeson urged the elected leaders to remove any commissioner who had a hand in the fiscal mismanagement, but he did not use Pinocci’s name.

Pinocci suggested that Jergeson “should have kept his mouth shut until all the facts” were known, and that if the former lawmaker and commissioner was really so smart, he would have known that all the facts hadn’t been presented.

Pinocci also said he’s frustrated with Legislative Auditor Maciver and his office, which didn’t assign blame to specific commissioners, thereby allowing the public to think that all three of them were guilty.

“I have been fielding calls since that report, and I am telling people I didn’t do anything, and they’ve been saying, ‘But we read it there,’” Pinocci said.

He told the Daily Montanan that he’s never had a state credit card, and every travel report has had the proper signature. Furthermore, Pinocci said that he’s racked up more personal miles and expenses out of his own pocket than all other commissioners combined.

Pinocci said Jergeson’s letter urging the ouster of commissioners should be retracted, and he should have to personally call any media to correct his claims.

“He should be saying, ‘Pinocci did everything right’ because that’s what the facts said,” Pinocci said.

For his part, Jergeson said he’s comfortable with both his testimony and letter and still believes the legislature and the auditor’s office should keep pursuing the commission’s books until all questions are answered.

“I didn’t say him by name or anyone specific. I just said that for the audit and changes to be made, one of the commissioners will have to join the other two (Commissioners James Brown and Jennifer Fielder) to proceed,” Jergeson said. “They either need one other person’s cooperation or acquiescence.

“I am not going to apologize.”

Maciver confirmed that Pinocci did not have a credit card in 2019-2020, and his three travel claims all had the proper sign-offs. While Maciver’s office could not speak to Pinocci’s personal expenses, he said that commissioners aren’t normally issued a credit card, and that Johnson was the only one who used one during the audit period.

“(Jergeson) wanted to fire us before hearing all the facts,” Pinocci said. “He should set the example and apologize because he made an ass of himself. And the audit process itself should improve so that people reading it didn’t have to guess (which commissioners were implicated).”

It’s not the first time Jergeson and Pinocci have disagreed.

Jergeson said after his testimony at the Capitol before the Legislative Audit Committee, Pinocci followed him into the hall and asked him, “Who the hell do you think you are to say that I am not cooperating?”

Jergeson said he tried to explain his concern, while saying Pinocci kept repeating he was out of line.

Pinocci doesn’t deny the confrontation, or that he was upset, but said he never cussed.

Jergeson said the matter goes beyond any of the individuals on the commission. Rather, he said it’s also about public trust, perception and transparency.

“On the matter whether the office is managed with integrity: When the commission has to make a tough decision, the public has to be certain that they made it based on other thing than a personal benefit,” Jergeson said. “This shouldn’t be a partisan issue. This should be a cornerstone of both parties.”

On that point, both Pinocci and Jergeson agree.

“I don’t care who you are – if you’re Democrat or Republican – and you’re messing up, I am fine with calling out on that. But I was the good guy,” Pinocci said.