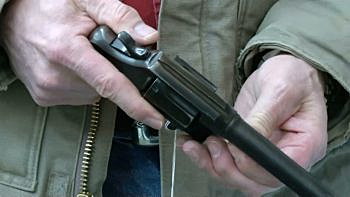 The Board of Regents has constitutionally protected authority over the Montana University System, and it has the power to decide how firearms are regulated on campuses, according to an order this week from the Lewis and Clark District Court — a decision already headed to the Montana Supreme Court.

In the District Court order, Judge Michael McMahon issued a permanent injunction on the portions of a controversial guns rights bill, House Bill 102, that step on the power of the Board of Regents. A temporary injunction had been in place.

“To the extent HB 102 impermissibly infringes and interferes with BOR’s constitutional authority it is unconstitutional,” said the Nov. 30 order, which requests the Board of Regents submit a proposed judgment consistent with the court’s decision within 10 days.

Also on Nov. 30, the Attorney General’s Office filed a notice of appeal to the Montana Supreme Court. In a statement, press secretary Emilee Cantrell said the AG’s Office disagrees with the judge’s decision.

“State law applies on college campuses,” Cantrell said in a statement. “The Board of Regents does not have the power to pick and choose which state laws it will follow. Montanans do not forfeit their constitutional rights when they step foot onto a college campus.”

Bill sponsor Rep. Seth Berglee, R-Joliet, said the decision surprised him because of the extent of power the judge found the Board of Regents to have, even over other rights in the constitution.

“They have complete control over their domain, which I think is pretty shocking,” Berglee said. “It makes the Board of Regents a fourth branch of government, or even more.”

But at least some students were pleased with the outcome. Noah Durnell, president of the Associated Students at the University of Montana, said the campus has been paying close attention to the case, and the order aligned with his view of the Montana Constitution.

“I’m not surprised,” Durnell said of the order. “At the same time, I feel very relieved because the uncertainty is unnerving, especially when we’re talking about the possibility of open carry on college campuses.”

The Montana Board of Regents had filed the lawsuit after the Montana Legislature adopted and Gov. Greg Gianforte signed HB 102. In a statement provided by the Office of the Commissioner of Higher Education, Regents Chair Casey Lozar said Wednesday the board will await a final decision from the high court.

“In seeking judicial review of HB 102, we sought clarity on the question of whether the Legislature or the Board of Regents has the authority to regulate firearms on university system property,” Lozar said in a statement. “The Board appreciates the clarity provided by the district court yesterday and will await further review by the Montana Supreme Court on appeal.”

In its defense, the state of Montana argued the Legislature has power to ensure public safety, including on campuses, and that the authority of the Board of Regents didn’t trump the right of people to carry firearms.

But the judge disagreed.

In fact, in 1972, the Board of Regents’ authority “substantially increased,” said the judge. The order noted a review of the debate reveals the intention of the Constitutional Convention delegates to place the university system “beyond the political influence of the legislature by creating a Board directly responsible and answerable to the people.”

So the order notes the state’s contention the Legislature has proper oversight doesn’t fly: “In this regard, Montana’s argument that the Legislature can regulate campus activity is misleading at best.”

The judge also notes the constitution’s plain language grants the decision over who can carry firearms on campus, “whether open or concealed,” to the Board of Regents, not to the Legislature. Additionally, the judge said the federal and state constitutions both provide guarantees regarding the right to bear arms, but “as this court has previously held, and no party disputes, the constitutional right to keep or bear arms’ scope is limited.”

Anthony Johnstone, constitutional law scholar and professor at the University of Montana, noted the district court found the Board of Regents’ authority includes the regulation of firearms. But in an email, he also said the order in a footnote identified a case pending before the U.S. Supreme Court that raises the question of whether a state may deny concealed-carry licenses for self-defense.

“But that case does not now appear to call into question the Heller case’s allowance for ‘laws forbidding the carrying of firearms in sensitive places such as schools and government buildings,’ which the district court quotes,” Johnstone wrote of the U.S. Supreme Court’s decision in District of Columbia v. Heller. “Therefore, according to the district court, the Legislature lacks the power to enact HB 102 on the grounds of protecting constitutional rights. And if anyone thought the Board of Regents was violating the right to bear arms, they could bring that challenge directly regardless of HB102.”

Berglee, who walked the controversial piece of legislation through the 2021 session, noted several inconsistencies he saw in the order. He also said he worked with Montana University System officials to craft a bill that would be acceptable to them, and they never raised concerns about the authority of the Board of Regents.

“I’m a little surprised that this wasn’t an issue from the beginning if it was such a cut and dried, clear case,” Berglee said.

In the order, the judge cited District of Columbia v. Heller, where the U.S. Supreme Court found the Second Amendment protects people’s rights to bear arms separate from militia service. However, Justice Antonin Scalia also wrote the right is not unlimited, and concealed weapons prohibitions have been upheld.

But Berglee said the decision also notes people have the right to defend their homes. So he wanted to know where that left students on campus: “If you’re a student living on the university campus, that is your home.”

Berglee also said the court’s finding that Section 5 of the bill was unconstitutional troubled him. That section says the Board of Regents is prohibited from enforcing rules that restrict the right to bear arms and “especially those rights reserved in Article II, sections 4 through 12, notwithstanding any authority of the Board of Regents.”

Those include the right to privacy and freedom of expression, for example, and Berglee said “it’s a big statement” to say the legislature should not have a hand in those protections.

“The judge said you don’t have the ability to weigh in at all on this section of rights,” Berglee said.

“There was going to be a belief with no uncertainty that HB102 was unconstitutional, and it was infringing on the regents’ authority,” Durnell said of his expectation of the order.

HB102 was popular among Republicans in the Legislature this year because they finally had a friend in Gov. Greg Gianforte, also a Republican, in legislation that makes it easier to carry concealed firearms without a permit in most places. Prior to this session, Democrat and former Gov. Steve Bullock vetoed a similar bill.