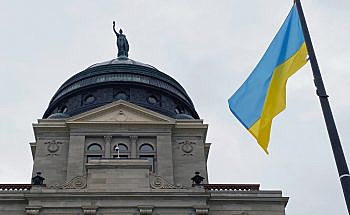 HELENA — Montana’s Districting and Apportionment Commission is getting ready to start drawing the state’s next legislative map.

On Friday, the commission laid out a timeline to bring out proposed legislative district plans this summer. They also got updates on two specialized data sets that will guide the work they do.

Commissioners heard a presentation from consultants with HaystaqDNA, a firm asked to analyze whether Montana showed “racially polarized voting” patterns. They looked back at election results from 2014 to 2020, in the counties surrounding Montana’s seven tribal reservations – as well as Yellowstone and Cascade Counties, which have the state’s largest urban Native populations.

HaystaqDNA staff reported their analysis showed strong correlations between a precinct’s Native American population and candidates’ vote shares – meaning Native voters and white voters in those areas each strongly favored a particular candidate, and they were usually different. They said those patterns held for each of the general elections they looked at, as well as some of the primaries.

The commission has set a goal to get each of Montana’s 100 state House districts within 1% of an ideal, equal population. State staff produced an interactive map showing how close existing districts are to that threshold. Many of the districts that cover Montana reservations are significantly below the ideal population, so they will need to grow in size to bring in more voters.

The state is also in the process of updating its census numbers to count prisoners at their home address, rather than where they’re incarcerated. That reduces the population by nearly 3,000 in districts that contain prisons – with the largest decreases being about 1,600 in Deer Lodge and almost 600 in Shelby – and spreads it across the state.

The updated data is not yet available in national redistricting databases or on the online apps that members of the public use to draw their own proposed maps. Once it is, the commission will put out a call for maps from the public, likely in early June. Starting in mid-July, commissioners will look at the submitted plans and begin developing their own.

In August, the commissioners will unveil four proposed legislative maps. They’ll then hold public meetings across Montana – including six in-person events across the state and three online – to give people a chance to offer suggestions.

Commissioners must present a legislative map to state lawmakers early next year to get their input. That means they’ll likely choose a proposed plan around December. The new legislative districts will be used for the first time in the 2024 elections.