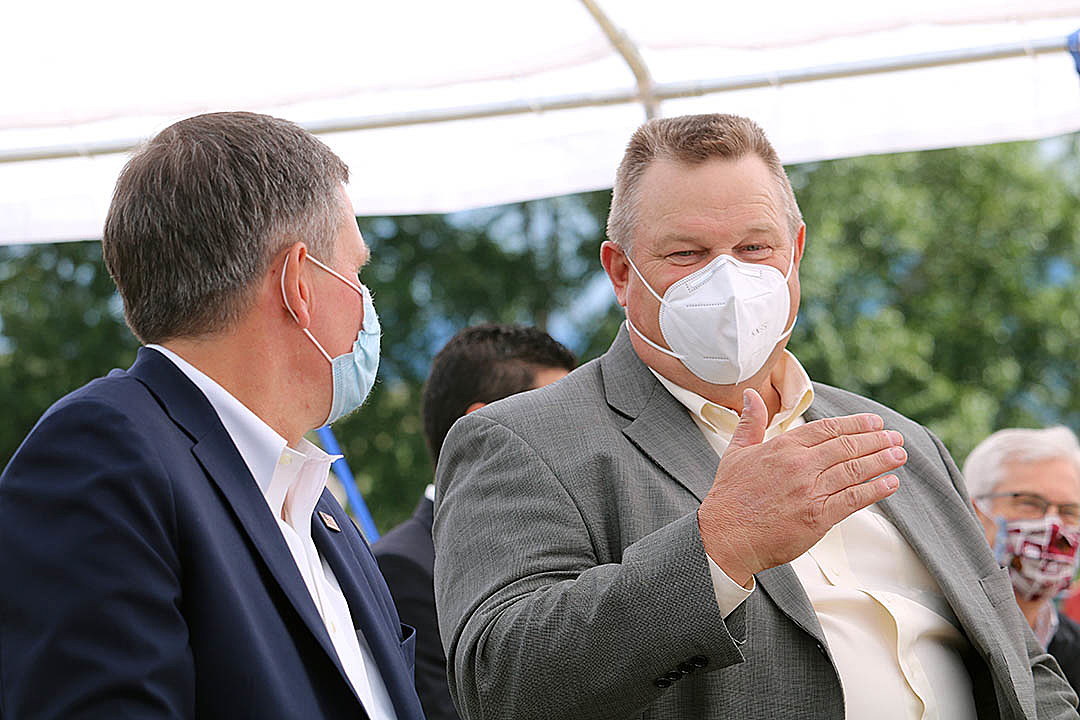 HELENA – Multiple pieces of bipartisan legislation supported by both of Montana’s senators will advance this Wednesday.

Last week, the two senators helped secure funding for flood recovery and helping pass a bill to improve health care for veterans exposed to toxic burn pits. Both Tester and Daines supported the Honoring our Promise to Address Comprehensive Toxics Act of 2021, which passed the Senate last Thursday.

The bill entitles veterans to medical and mental health care after toxic exposure.

Tester voted yes on the bill. Daines missed the vote in order to survey flood damage in Montana. However, Daines’ office said he confirmed the bill was on track to pass the senate before skipping the vote. The bill is expected to pass the House before heading to the president’s desk.

The two senators are now shepherding their own legislation forward in different senate committees.

The Meat Packing Special Investigator Act, which Tester sponsored last June, will head to Senate Agriculture Committee Wednesday for mark up. The bill would fund the investigation and prosecution anti-competitive activities by large meat packing companies.

Four companies, JBS USA, Tyson Foods, Cargill and National Beef Packing Company, slaughter and pack as much as 85% of the beef sold in the U.S., according to the U.S. Department of Agriculture. With four companies in control of the market, a lot of folks in the cattle industry are forced to accept low prices for their product, Tester said, in an April interview with MTN News.

Tester is also a cosponsor on a linked bill, the Cattle Price Discovery and Transparency Act, which would establish mandatory minimums prices for cash cattle sales and create a database of contracts between packers and producers. Daines is a cosponsor on both meat packing bills.

A piece of legislation sponsored by Daines will head to the Senate Finance Committee for mark up Wednesday. The Putting First Responders First Act would eliminate taxes on injury-related compensation paid out after a work-related injury.

Daines said he introduced the legislation after he heard about a Billings Police Officer, Ladd Paulson, who was left with severe injuries after he was hit during 2002 traffic stop. Paulson was audited five years in a row after he did not file taxes on his treatment. Tester is a cosponsor on the legislation.

“We must ensure Montana heroes who are injured in the line of duty never again have to pay taxes on their disability compensation,” Daines said.