Like a lot of kids her age, 16-year-old Grace Gibson-Snyder doesn’t like the taste of blue cheese but loves chocolate. Unlike most kids her age, she is suing the state of Montana, alongside 15 other youth from around the state.

In Held v. State of Montana, the teenagers assert that Montana has violated their constitutional rights to a clean and healthful environment by supporting a fossil fuel-driven energy system.

“We can’t change the past, so we have to change the future,” Gibson-Snyder said.

Young people have been involved in climate action for decades, but their engagement in the climate movement has taken on a new immediacy.

Today’s youth activists are angry about inheriting a world they see as damaged by previous generations, and are frustrated by the perceived inaction of elected officials. In the last few years, the youth-led climate movement has intensified dramatically, and Gibson-Snyder is trying to do her part.

When Gibson-Snyder, a spunky high school senior and soccer player with gray blue eyes speaks about the 23-day Global Leadership Forum she attended in New Mexico in 2018, she lights up and quickly becomes animated.

Gibson-Snyder had just finished her freshman year at Hellgate High School in Missoula. With an affinity for human rights and women’s issues, she had been encouraged to work on environmental projects but didn’t want to. She wanted to do something for people.

Over the course of several conversations with her parents, though, Gibson-Snyder’s perspective started to shift, and she came to the realization that climate change is about people.

Her new interest in climate issues gained steam at the Global Leadership Forum, where she met youth from all over the world.

While there, Gibson-Snyder developed a project called Bring Your Own (BYO), which aims to decrease plastic waste in restaurants in Missoula. This was her introduction to climate work but is now on hold due to the COVID-19 pandemic.

Since starting BYO, Gibson-Snyder has written about climate change, served as co-president of Students Against Violating the Environment (SAVE), and worked alongside parents and teachers to implement climate change curricula in the local school district.

Brian Connelly, a science teacher at Hellgate High School, advises SAVE, which is a 30-year-old student-led organization at the school. His students often tell him that climate change has been happening their whole lives. They feel urgency around the issue, he said.

“There is more and more involvement and activism by this generation.” Connelly said. “This is always something that I look at as a bright spot. They are stepping up and leading.”

Connelly’s students are trying to figure out what they can do to help the environment and they come to SAVE to take action. They run the recycling and composting programs at the school, attend climate marches and give speeches.

“The kids we have this year are committed,” Connelly said.

Connelly also believes that young people benefit from having someone to identify with, including Swedish activist Greta Thunberg and Vice President Kamala Harris, who discussed climate change in last year’s debate. “When kids see her doing that, they think, ‘I could do that too,’” Connelly said.

Gibson-Snyder’s bright smile lights up when she expresses fondness for Michelle Obama and Justice Ruth Bader Ginsberg. “RBG is a legend.” She tosses her chin length blond hair, which hasn’t been cut for months because of the pandemic and laughs about how she used to be “classically bookish.”

“That’s all I did was read, and I totally fit the ‘Hermione’ stereotype from Harry Potter and prided myself on that,” Gibson-Snyder said, referencing one of the series’ scholarly protagonists.

Since then, she has become more fiery, an adjective she feels weird using to describe herself. She now identifies more with independent Ginny, another character from the Harry Potter books.

One of the targets of that fire is older generations, who Gibson-Snyder feels haven’t done their part to avert a climate crisis. “I think it’s important that they know the effect that this has had on us already, and if they want grandchildren they should shape up. The fact that they haven’t been able to get past the short-term and their own profit indicates a lack of caring.”

“Youth are effective because they are passionate and inspiring. They can say what they think and advocate for change. Adults pretending that they don’t have a role in solving climate issues is not going to help anybody,” Cilimburg said. “We need to listen to them.”

According to Cilimburg, adults should offer youth what they need but not put the weight of these issues on their shoulders.

“What their voices are saying is ‘You guys in your jobs and your professional careers, in your elected positions and powerful positions need to act and we’re telling you why. We can’t even vote,’” Cilimburg said.

Gibson-Snyder’s evenings are spent playing rummy or watching The Marvelous Mrs. Maisel with her parents. She is an only child and has a close relationship with them.

As a family, they have travelled to many countries. Gibson-Snyder speaks Spanish and is learning Arabic. Being a teenager keeps her busy. Her rare free time is spent doing things outside like rafting, kayaking and biking, or hanging out and talking with friends.

Gibson-Snyder is young for her grade and gravitates towards older people. She gets sick of high school culture.

“I haven’t found the time or opportunities that seem more rewarding than what I can be doing in climate work. I always feel better when I’m doing something about this issue. None of this should be on me and my generation, but it is now, unfortunately, and so I’m going to do at least my percentage of the work,” she said. 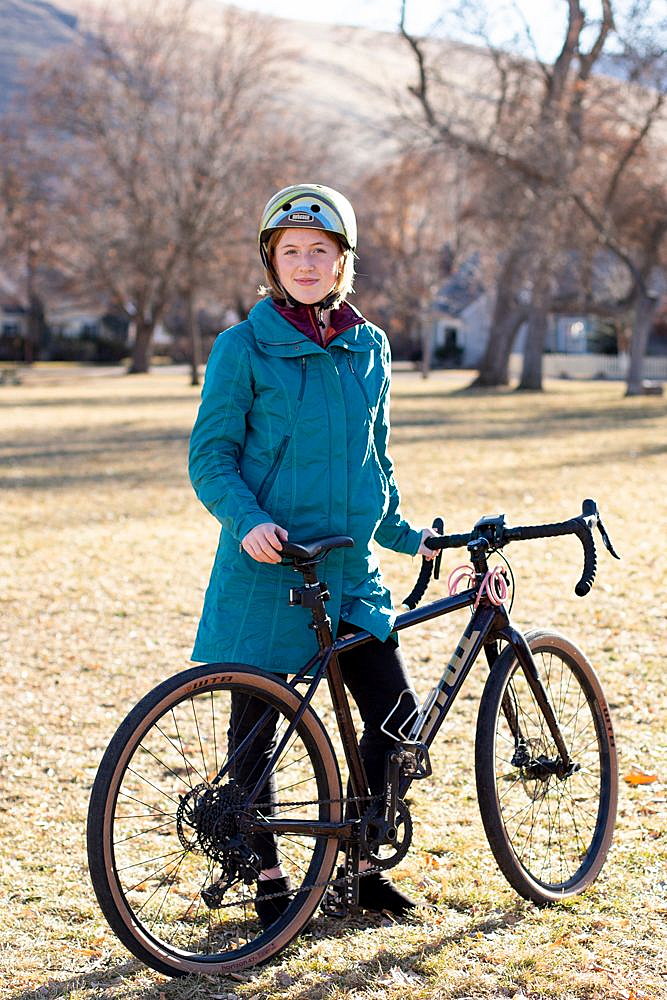 Gibson-Snyder finds it hard to not think about the climate. There are moments when she forgets about it, and it becomes more manageable emotionally, but it’s always in the back of her mind.

She has shed many tears about the inadequate response to climate change. “It can feel hopeless and depressing and that there is no way to fix it.” Gibson-Snyder processes these emotions by spending time outside and playing the cello, an instrument she took up in elementary school.

Youth are more likely than adults to experience climate anxiety because of their age and level of development, according to Nate Bellinger, an attorney at Our Children’s Trust, the law firm representing Gibson-Snyder and the other plaintiffs in their case against the state of Montana.

“It’s hard enough being a teenager, right, even on a good year,” Bellinger said.

According to Bellinger, there are a variety of physiological and psychological reasons why younger people are uniquely vulnerable to climate change.

From Bellinger’s perspective, the combination of being in this vulnerable position and having less power to make change can create a sense of helplessness. He doesn’t think it has to be that way.

“Giving them a chance to tell their stories about how they’re being impacted by climate change already and how they’re likely to be further impacted in the future can be really empowering for them.” Bellinger said.

Gibson-Snyder is worried about the future for herself, her loved ones and for the place she calls home. But, the present is also demanding her attention.

College applications are due soon, and Gibson-Snyder, who is graduating in May with a 4.0 grade point average, is applying to 15 schools across the country.

She hopes to study environmental policy or international relations, or a combination of the two. Gibson-Snyder thinks policy is the most effective way to make a tangible impact on climate change.

“Hopefully, as my generation moves up into the ranks, we will do things differently,” Gibson-Snyder said.

In the meantime, she is focused on not overlooking all of the opportunities that exist to make things better.

“Never dismiss any action that’s thought of being too small,” Gibson-Snyder said. “I’m someone who’s always like ‘I don’t want to do that, it’s not worth my time.’ And, I think a lot of us, even those of us who are passionate about climate work fall into the trap of it’s not worth it. So don’t do that. Keep pushing.”

Erica Zurek is a freelance journalist and photographer based in Missoula.