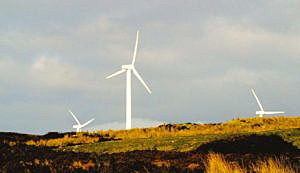 The lawsuit centers on whether the PSC is fairly mediating disputes between renewable energy developers and regulated utilities like NorthWestern Energy. Montana courts have twice ruled against the PSC, finding that the contract terms it sets are unfavorable to renewable energy providers and that the commission has demonstrated bias in its dealings with them.

In its March 3 filing asking the U.S. Supreme Court to take up the issue, the PSC argued the Montana Supreme Court’s 2020 decision will result in overcharges to Montana’s energy consumers, and that federal, not state, bodies should adjudicate disputes regarding federal law.

Central to the debate is the Public Utilities Regulated Policies Act, or PURPA, a law Congress passed in 1978 to spur competition in the electricity market and encourage fuel diversity on electrical grids. Under PURPA, alternative energy developers –– e.g., wind and solar developers –– can sell energy to larger regulated utility companies. PURPA establishes guidelines around that process and outlines the factors to consider when those parties set contract terms.

MTSUN, an 80-megawatt solar project planned for an area outside of Billings, couldn’t agree to contract terms with NorthWestern Energy, so it asked the PSC to intervene, a remedy it was entitled to under PURPA. The PSC subsequently issued an order in 2017 that set rates and established a 15-year contract.

MTSUN disagreed with the PSC’s order, so it filed a lawsuit in the District Court of Cascade County. MTSUN said the contract term was too short and that the project’s ability to meet NorthWestern’s energy needs during peak demand should have been worth more. It also said a carbon adder — essentially a premium for being a clean energy source — should have been included.

District Judge James Manley sided with MTSUN, finding that the PSC violated MTSUN’s due process rights by making decisions “based on bias and policy preferences.” In the court’s opinion, he wrote that the commission’s decision to eliminate carbon pricing from the MTSUN project was “arbitrary, capricious, and characterized by the abuse of discretion.” He concluded that MTSUN was entitled to a carbon adder based on precedent established by a different project, the Crazy Mountain Wind Project.

The PSC maintains that the Montana Supreme Court decision will lead to Montanans paying more than they should for electricity. PSC staff attorney Zachary Rogala said the commission also wants the country’s highest court to settle the question of jurisdiction, thereby sparing the PSC from contradictory directions from state and federal bodies.

“This is not an academic issue reserved for policy wonks in beige buildings. The decision harms customers. MTSUN alone results in $47.64 million in customer overcharges,” the PSC wrote in the appeal it filed last Wednesday.

Rogala said the PSC’s best-case scenario is that the U.S. Supreme Court reverses the state Supreme Court’s decision and voids the contract terms between MTSUN and NorthWestern Energy. He said the PSC also hopes the high court will clean up the legal  record as to who has authority to adjudicate PURPA disputes. The PSC maintains that federal, not state, courts are best positioned to mediate those cases.

“That’s the way it’s been for 40 years,” Rogala said, calling a contrary ruling out of northern New Mexico and the Montana Supreme Court decision “rogue outliers.”

Monica Tranel, who represented WINData in the Montana Supreme Court case, countered that PURPA is clear on the role of state courts, and that the PSC’s jurisdiction claim holds little water. (Counsel for MTSUN didn’t return a request for comment Monday.)

“State courts have been explicitly granted the authority to set rates under PURPA,” Tranel  said.

Tranel also said courts haven’t seen much action on PURPA claims until recently because there haven’t been many PURPA projects.

“It’s a little bit disingenuous to say for 40 years everything was fine,” she said. “For 30 years nobody was doing anything –– no PURPA projects were actually getting built.”

Tranel said ongoing litigation makes it that much harder for big projects to come online because the uncertainty can jeopardize financing.

“The path to generation for these projects is steep and narrow and full of high walls, unfortunately,” Tranel said. “I can’t see how appealing this to the U.S. Supreme Court is a good-faith argument.”

She added that dragging the case out with more litigation is harmful to the rural economic development that such projects could generate in the form of investment, jobs and tax revenue.

Rogala said the U.S. Supreme Court hasn’t intervened in a PURPA Case since the early 1980s, when it decided the law was constitutional.

“Since then it hasn’t been before court,” Rogala said, adding that it’s a “long shot” for the U.S. Supreme Court to take up the issue.

He acknowledges that it’s “a long-shot to get an appeal to the U.S. Supreme Court granted,” but said he hopes it shows other parties that “this issue is not a good issue to bring up again in the future.”

Rogala said the PSC is working on seven or eight other cases (primarily solar and wind farms) involving PURPA disputes that could be impacted by the fate of the MTSUN ruling. He said he anticipates the commission will know by mid-May if the U.S. Supreme Court decides to hear the case.