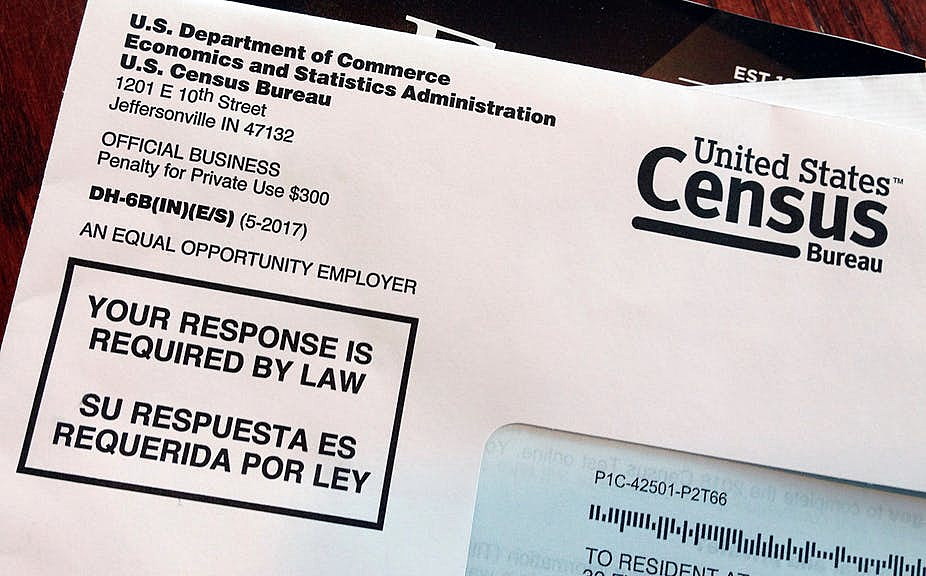 (MTFP) The U.S. Census Bureau released detailed statistics Thursday on the 2020 populations and racial compositions of Montana counties, cities, towns and neighborhoods, providing a once-in-a-decade look at demographic change across the state, and also handing the Montana Districting and Apportionment Commission the block-by-block data it will use to define the state’s two U.S. House Districts.

The new data, which has been delayed more than four months as a result of the COVID-19 pandemic, represents the primary release from the constitutionally mandated effort to count all U.S. residents so states can update their political boundaries. Census data, intended to represent a snapshot of the nation as of April 1, 2020, is also widely used by government agencies, researchers and private sector businesses to allocate funding and understand how the country is changing over time.

Thursday’s release includes figures for geographic units as small as individual city blocks, tallying the number of residents, their racial identity, and how many are above the voting age of 18. More detailed data on age distributions and gender counts will be available at a later date.

The newly released data isn’t necessarily a precise depiction of Montana’s communities, given the disruption wrought on the census effort by the pandemic and the bureau’s decision to add statistical noise to published counts in an effort to protect the privacy of respondents. That imprecision is likely to apply especially to block-by-block statistics, as well as in rural areas with a few hundred residents or fewer.

“Every time you think about your population, you have to have a caveat,” said Mary Craigle, the head of state government’s Census and Economic Information Center.

Even so, Craigle said, the census represents the nation’s most comprehensive statistical effort, as it has since the time of the United States’ founding fathers.

“They did count everybody — the data is there. They’ve added this fuzziness, but the underlying data is there in the traditional way,” she said. “It is still the most complete count done for America.”

The decennial census, a massive undertaking under ideal conditions, was beset by a combination of politics and the pandemic, starting with an unsuccessful effort by the Trump administration to add a citizenship question to the census questionnaire, a move that critics worried could discourage responses by Hispanic and Latino Americans.

Then, last summer, the spreading virus sabotaged the bureau’s efforts to follow up with in-person visits to people who hadn’t yet completed their census form. Those in-person follow-ups were expected to be particularly important in rural areas such as tribal communities, where the bureau chose not to send forms to postal customers who get their mail at P.O. boxes.

Where census takers weren’t able to reach households directly, the bureau fell back on either asking neighbors for information or filling in the blanks with information from government records like tax forms. 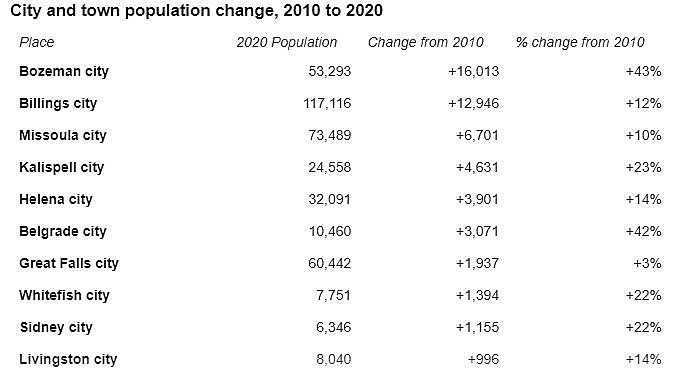 That latter approach provides a last-resort way to count otherwise uncounted Americans, but isn’t considered as reliable as talking to people directly about how many people live at a address — particularly in places, like tribal communities, where administrative records can be spotty.

On top of uncertainty over the quality of the count, there’s the bureau’s “differential privacy” framework, which adds statistical noise by changing some numbers in the reported results in an effort to protect respondent privacy.

The Census Bureau has said the added noise is necessary because high-powered computers and commercial databases containing personal information on many Americans could make it possible for third parties to take detailed census data and reverse engineer it to work out the information individuals have provided about, for example, racial identity.

Since the bureau is required by law to protect the confidentiality of individual responses, it concluded that it’s obligated to, in essence, smudge out the fine details of data it’s spent an estimated $14.2 billion collecting.

The bureau’s privacy proposal has been widely criticized by demographers and produced a so-far-unsuccessful legal challenge by the state of Alabama. (Montana Attorney General Austin Knudsen signed on to an amicus brief as part of that lawsuit in April). Additionally, a May study by Harvard University researchers concluded that data produced under the bureau’s proposed method would result in a redistricting data release that is “not of sufficient quality” to use for redistricting.

“We demonstrate that the injected noise makes it impossible for states to accurately comply with the One Person, One Vote principle,” the Harvard researchers wrote.

The Harvard group also said uncertainty involved in the data could make it difficult for redistricting bodies to be sure they’re drawing political maps that don’t violate the federal Voting Rights Act, which guarantees fair representation to minority groups including Native Americans.

Montana districting commissioner Kendra Miller said this week that the research she’s looked at indicates the data fuzziness won’t likely be a significant issue in the effort to divide the state into congressional districts, given their relatively large size. She also said more information will be available on the quality of the 2020 data by the time the commission gets to its other districting task: drawing the smaller districts used to elect the Montana Legislature.

“This is the data we’re getting and we’re going to have to draw with it,” Miller said.

The bureau has responded to criticism of its privacy proposal by tweaking its noise methodology so numbers are more precise, particularly for larger geographic units like counties. Even so, it acknowledges that the block-level data, the traditional starting point for drawing political maps, won’t necessarily be reliable.

“Instead of looking for precision in an individual block, we strongly encourage data users to aggregate, or group, blocks together,” Acting Census Director Ron Jarmin wrote in a July 28 memo. “As blocks are grouped together, the fuzziness disappears.” 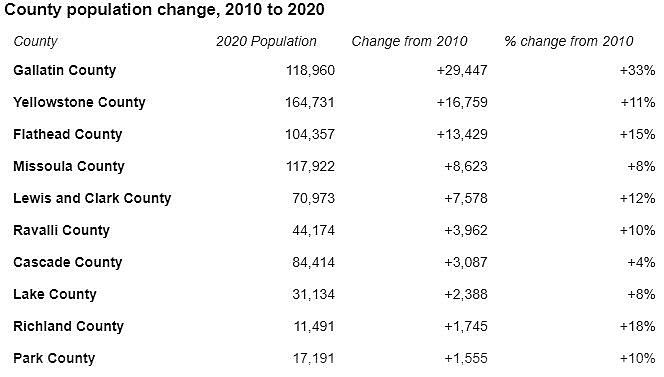 In an Aug. 5 study, bureau researchers said groupings of census blocks containing at least 500 people should generally be reliable. They said the same of statistics for towns of at least 250 people.

According to the 2020 count, Montana has 31 incorporated municipalities with fewer than 250 people. Petroleum County, containing a single block group with a reported population of 496, is just below the 500-person threshold.

WHAT THE NUMBERS SHOW

That’s enough for the state to regain the second U.S. House seat it lost following the 1990 census, triggering a congressional district-drawing process that has been waiting for Thursday’s data. The state’s districting commission has 90 days after formally receiving the final data to develop a map, solicit public comment and file a final version with the Montana secretary of state.

The data released Thursday indicates that Montana’s population remains largely white and non-Hispanic, with 84.5% of Montana census respondents classified as white and 95.8% classified as not Hispanic or Latino (the census asked about Hispanic and Latino identity separately from racial categories).

American Indians remain the state’s largest racial minority group, counted at 6.2% of the population. Another 6.6% of Montanans reported belonging to two or more racial groups, up from 2.5% in the 2010 count.

About half of Gallatin County’s recorded population growth, roughly 16,000 residents, occurred inside the city of Bozeman, the census data says. At a new population of 53,293, that means Bozeman now meets the 50,000-resident threshold the federal government uses to designate metropolitan areas.

If the count is accurate, some — but not all — of Montana’s rural counties have lost population over the past decade. Rosebud County, which includes Forsyth and Colstrip, tallied a 904-resident, or 10%, decline. (Rosebud County also includes much of the Northern Cheyenne Reservation, a tribal community that may have been undercounted as a result of the pandemic disruption.)

Other low-population counties that recorded population declines of at least 5% include Liberty County (west of Havre), Wibaux County (east of Glendive) and Toole County (north of Great Falls where I-15 meets the Canadian border).

In contrast, the Census Bureau reports that southeast Montana’s Carter County added 255 residents over the decade, bolstering the frontier county’s population by 22%.