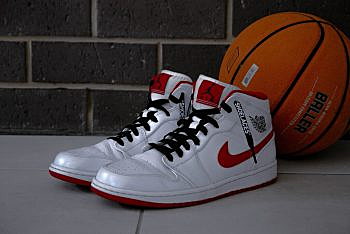 (Daily Montanan) When Paul Johnson woke up on Feb. 18, he saw a Facebook video of a Conrad Town Pump employee denying service to members of the Heart Butte ladies basketball team the night before.

As the operations manager of a Valier gas station about 29 miles away from the Conrad Town Pump, Johnson decided to keep the One Stop Cenex convenience store open past normal business hours to accommodate the team and those traveling back home from the basketball tournament.

“We decided to do it to help them out; people don’t need to have that kind of issue,” Johnson said in an interview with the Daily Montanan. “We did it because we felt like they needed to have a good place to shop without judgment.”

And the response from the team and community was positive, Johnson said: “People showed up, they were happy to have a place that was willing to stay open for them.”

The incident happened Thursday night on Feb. 17, after the Heart Butte ladies basketball game in the district basketball tournament. The video was posted to Facebook shortly after it took place at 11:30 p.m. and has racked up 16,000 views and nearly 700 shares since then. It shows a Town Pump employee in Conrad refusing to let members of the Heart Butte — a town of fewer than 1,000 people on the Blackfeet Indian Reservation — ladies basketball team buy snacks from the gas station.

In the video, the employee is shown asking for an officer to respond to the store, telling police, “I am having issues with customers who I have told several different times to get out of my store.” When asked if he is going to serve the girls, the attendant responds, “bye.”

“So most of the girls were laughing about something, and then all of the sudden the guy behind the register starts yelling and telling us to be quiet and shut up,” Big Head told the TV station.

Bill McGladdery, director of corporate communications for Town Pump, told the Daily Montanan that the employee was in the wrong by not serving the girls.

“There are no determinations that they were violating Town Pump policies or the law,” he said. “That is not representative of our 3,500 Town Pump members across the state and the service we offer all Town Pump customers.”

McGladdery would not comment on whether the employee had been disciplined, but said an investigation into the incident was launched on Feb. 18 and that a district manager had reached out to the school.

School administrators did not respond to multiple requests for comment about the incident.

People commenting on the video disparaged the employee’s actions.

“That is so sad to do that to kids. That Conrad Town Pump makes a lot of money off the Blackfeet Reservation. What is up with Conrad?” Fern Gail LastStar wrote.