Our laws can protect us or hurt us. Two prime examples of this are laws regarding hate crimes and sex crimes. Montana has a high rate of sex crimes, like most of the U.S., that needs to be addressed. Montana also inadequately protects against hate crimes.

To address this and other community safety problems, we at Kimberly Dudik & Associates have provided a critical analysis of state and federal laws in these areas and a pathway forward to safer communities.

Justice After Surviving A Sex Crime Hinges On Statutes Of Limitations

Sex crimes and sexual violence are a large problem in the U.S., including Montana, that is too often overlooked. According to the CDC, “[s]exual violence is sexual activity when consent i[s] not obtained or not freely given.

It is a serious public health problem in the United States.” One in 3 women and 1 in 4 men experience sexual violence involving unwanted physical, sexual contact, during their lifetimes. Sexual violence affects people of every age and socioeconomic status, leading to immense harm physically, psychologically, and financially.

Why statutes of limitations for sex crimes matter

In addition, a “DNA exception” exists for some sex crimes against children that permits one additional year for a victim to seek justice against an offender if a perpetrator is identified through DNA evidence after the statute of limitations has run or for criminal charges to be brought and prosecution commenced against an offender. This time limit should be lengthened and apply to all serious sex crimes.

Montana Is Not Protecting Enough Against Hate Crimes

In contrast to the steps forward Montana has made regarding statutes of limitations for sex crimes, Montana has not had the same progress in laws surrounding hate crimes.

Hate crimes, crimes committed against another person on the basis of a person’s perceived or actual race, color, religion, national origin, sexual orientation, gender, gender identity, or disability, are a rising problem in the U.S.

The US Department of Justice estimated that between 2004 and 2015, an average of 250,000 hate crimes occurred annually although a majority of these crimes were not reported to law enforcement. Numerous authorities, including the FBI, have noted a rise in the number and severity of hate crimes.

Hate crimes rose to the highest level in more than a decade in 2019 with 7,314 hate crimes. These confirmed numbers are drastically lower than the number of hate crimes actually occurring because most are not reported. Hate crime severity has also increased; hate-motivated murders rose to a record high of 51 in 2019 – more than double number 2018.

Hate crimes protections are important because hate crimes have broad impacts, affecting the victim, families, communities, nation, and others who identify with the targeted characteristics of the victim. Strong state crime laws are important not only to create safe communities and show support for victims, but to also send a clear message that a community does not and will not tolerate hate-inspired crime.

Several important federal laws exist that provide protections against hate-inspired crime. One is the Matthew Shepard and James Byrd Jr. Hate Crimes Prevention Act of 2009, 18 U.S.C. § 249 (known as the Hate Crimes Prevention Act). This was the first statute allowing federal criminal prosecution of hate crimes motivated by the victim’s actual or perceived sexual orientation or gender identity. Another law is the Criminal Interference with Right to Fair Housing law, 42 U.S.C. § 3631.

It provides protection in housing rental or purchase against discrimination because of a person’s race, color, religion, sex, disability, familial status, or national origin. A third law that is important to protecting against abuses of authority is the Deprivation of Rights Under Color of Law, 18 U.S.C. § 242. This makes it illegal for public officials to deprive a person of their rights. It is the law frequently used to hold law enforcement authorities accountable if they violate the rights of others while acting in their official capacity as a law enforcement officer.

In addition to these federal laws, states may have their own hate crime laws to provide additional protections. Although Montana has some hate crimes laws, these laws, like the laws of many states, are insufficient to protect against hate crimes.

Criminal laws are not the answer to solving or stopping hate. However, taking hate-inspired crimes seriously in criminal laws and providing sufficient protections for survivors as well as sufficient punishment for offenders is one part of the process of stopping hate in our communities. Legal consequences protect communities from offenders, serve as punishment, and provide deterrence to future hate-inspired crimes.

Montana criminal law addresses hate in a few ways but more needs to be done. First, Montana has a separate criminal offense of malicious intimidation or harassment that occurs if a person causes bodily injury, reasonable apprehension of bodily injury, or damages property “because of another person’s race, creed, religion, color, national origin, or involvement in civil rights or human rights activities” and the person has “the intent to terrify, intimidate, threaten, harass, annoy, or offend[.]”

Second, Montana has a penalty enhancement for crimes “committed because of the victim’s race, creed, religion, color, national origin, or involvement in civil rights or human rights activities or that involved damage, destruction, or attempted destruction of a building regularly used for religious worship[.]” This penalty enhancement allows an additional 2-10 year sentence to be included on top of the other criminal sentence included for the crime.

Montana Is Failing To Protect Against Hate

Montana law fails to take recognized best practice steps to further protect against hate. Montana does not have a criminal penalty enhancement for crimes motivated by sexual orientation, gender, gender identity, disability, political affiliation, or age. Another large hole in Montana’s legal system surrounding hate crimes is that it does not require data collection on hate crimes, leading to insufficient and inconsistent information about the scope of Montana’s hate crime problem.

What You Can Do To Further Justice

You can be part of the #solution. Having adequate legal provisions regarding hate crimes and statutes of limitation for #sex crimes are a step in the right direction, although not the complete solution, to stopping these crimes. A broad, multi-faceted discussion and approach about the factors motivating hate and sexual #violence is required to have a full impact, including #data on and a discussion about the #racial and #ethnic #disparities and various types of #discrimination deeply ingrained in both our social and legal systems.

However, these #hate crimes and statute of limitations legal provisions are important pieces of providing a #legal system that adequately helps #survivors of crime after #violence has occurred.

If you want to learn more about these issues and how Montana laws can be improved, I am an attorney and former lawmaker with decades of experience working on these issues. We have materials and trainings comparing state laws and providing best practices solutions. Our materials are based on the information and analysis provided though the Public Policy Institute of the Rockies.

This valuable information can help you demand better protections and work toward justice. A clear roadmap to improving public safety laws – as provided in the Safe Community Challenge Basics Course – will improve justice for all. In this time of rising hate and violence, we can all be part of the solution to making #Montana a better place to live for all. 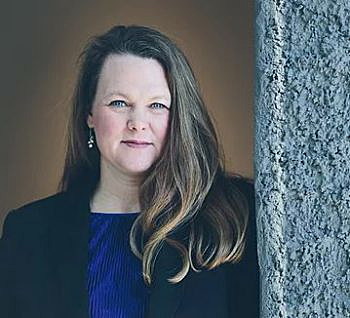