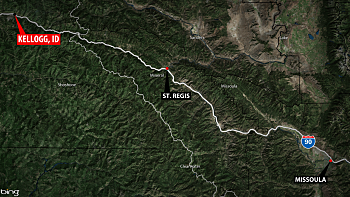 (KPAX) KELLOGG, ID — One person is dead and five others have been rescued after an avalanche at an Idaho ski resort Tuesday.

Silver Mountain Resort in Kellogg, Idaho, reported one fatality after an avalanche in the Wardner Peak area of the resort at 11 a.m.

One person died while five others were rescued with minor injuries, according to Silver Mountain.

The Coeur d’Alene Fire Department wrote on Facebook that its K-9 Team was sent to the avalanche.

The Shoshone County Sheriff’s Office posted that they received a report of what could be up to three separate avalanches on the mountain just after 11 a.m.

Silver Mountain has not confirmed whether there are multiple avalanches.

The search continued into Tuesday night with probes and rescue dogs.