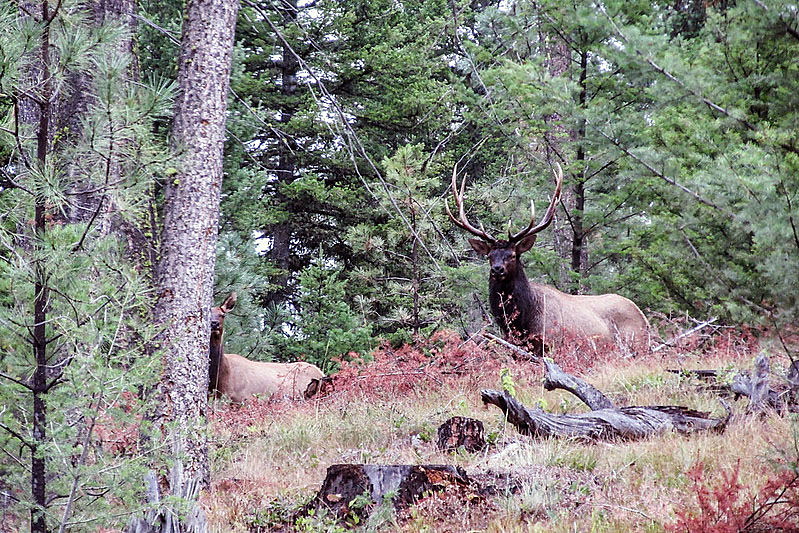 Two finalized Bureau of Land Management plans for Montana will still emphasize resource extraction and economic development, but a few changes will preserve areas for the benefit of sportsmen.

On Friday, the BLM released the final resource management plans for the Missoula and Lewistown regions after making a few changes to the draft plans based on public input.

“These new plans reflect Administration priorities including recreation, public access, forest and wildland fire management, livestock grazing, and responsible development of minerals and energy resources,” Casey Hammond, the acting assistant Interior Secretary for Land and Minerals Management, said in a statement. “Management under these plans will allow for economic growth in rural communities while ensuring the special nature of Big Sky Country endures for this and future generations.”

As it indicated in the draft proposal in May, the Missoula office has chosen Alternative B with some slight changes. Alternative B makes several changes to the way BLM lands were managed under the previous plan, because its objective is to “produce the greatest quantities of forest products from vegetation restoration activities.”

With respect to streams, instead of restoring riparian areas and preserving 1,700 acres for fish and wildlife habitat only, the plan creates conservation areas where habitat is a priority, but logging or other projects would be allowed on a case-by-case basis as long as the BLM decides there would be no “long-term degradation.” The plan doesn’t define what would constitute long-term degradation.

Of the six river segments proposed for Wild and Scenic River classification, including three along the Blackfoot River and one along Rock Creek, none will be considered.

As for mining, the plan would recommend removing mineral rights from 283 acres around Garnet Ghost Town and Limestone Cliffs, instead of taking 820 acres out of commission under the old plan.

Out of the three areas of critical environmental concern, only one – Phil Wright Rock – will remain.

However, the BLM added a new land designation – a backcountry conservation area – that allows resource extraction but prioritizes the long-term maintenance of big game wildlife populations for hunting.

Hunting groups were concerned after it appeared the draft BLM plans would eliminate wilderness study areas, which still contain prime wildlife habitat even though some areas are small.

They reached out to landowners, local government officials, and other stakeholder groups, and helped sportsmen and women provide meaningful feedback on the draft plans. The groups included the Theodore Roosevelt Conservation Partnership, the Boone and Crockett Club, Montana Backcountry Hunters and Anglers and the Wild Sheep Foundation.

“We appreciate that the BLM listened to the input of the hunting and fishing community during the draft comment periods for both the Missoula and Lewistown RMPs, and made meaningful refinements to benefit quality wildlife habitat and recreational access,” said Scott Laird, Theodore Roosevelt Conservation Partnership Montana representative.

“Places like the Hoodoos and Ram Mountain in the Missoula area, as well as Arrow Creek and Crooked Creek in central Montana, will receive additional management emphasis for hunting, access, and habitat improvement under the final plans, and we view that as positive for sportsmen and women.”

“It is encouraging to see the BLM’s responsiveness to the concerns and suggestions of our community,” said Missoula County Commissioner Dave Strohmaier. “We’re fortunate to have these publicly owned landscapes in our own backyard and the revised plan will help ensure that future generations can enjoy them as we do now.”

The release of the proposed plans initiates a 30-day protest period and a 60-day Governor’s consistency review. Any person who participated in the planning process may protest approval of the planning decisions.