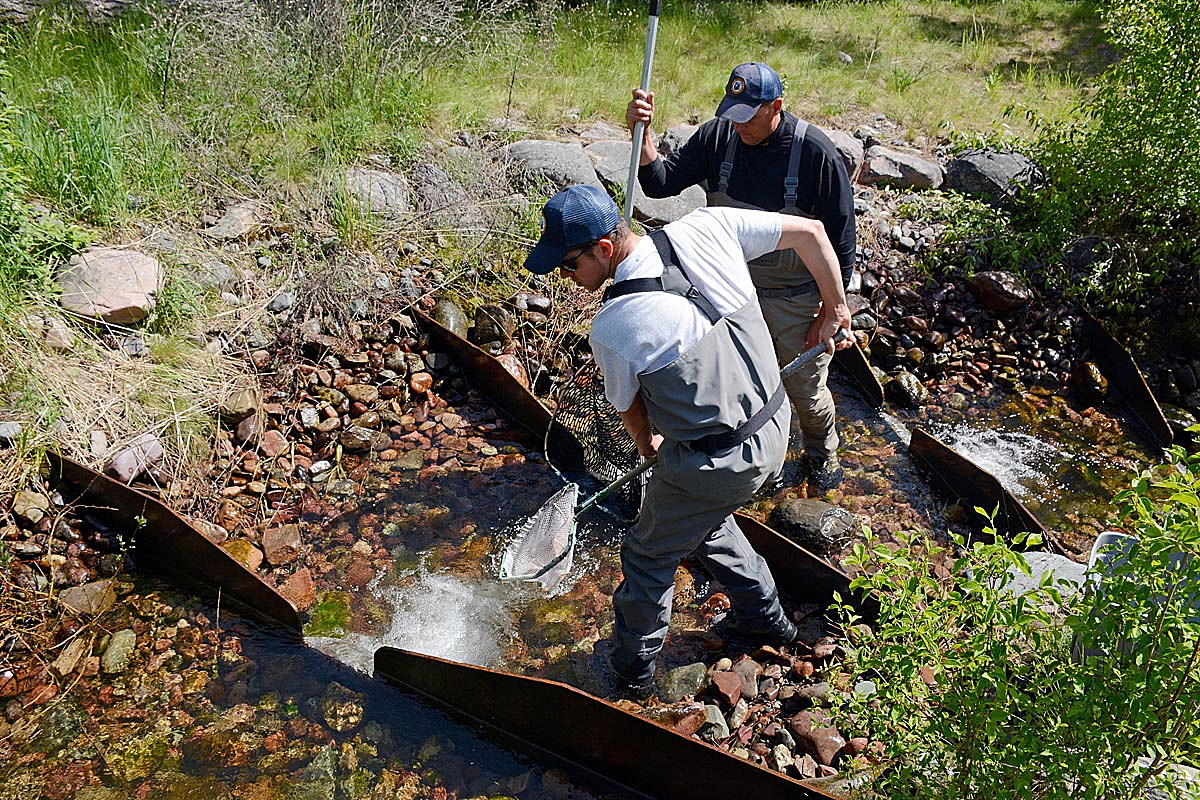 Montana Fish, Wildlife & Parks has put native fish restoration projects on hold across the state, prompting some anglers to question why.

On Tuesday, Montana Trout Unlimited alerted its members to the fact that FWP Director Hank Worsech had put 25 on-going and imminent native trout restoration projects on hold. The alert asked members to call Worsech and Deputy Director Dustin Temple and ask them to remove the hold.

“Putting a hard stop on 25 projects at the onset of the field season puts at risk millions of dollars in funding, delays important time-sensitive projects, and ignores the work of dozens of landowners, agency employees, funders, and restoration specialists and other stakeholders,” the email said.

“Sixteen are going to the commission,” Lemon said. “There’s all sort of scenarios of when they’ll be heard. There might be some that are not quite ready for the commission yet. We might have some in June, some in August – we just don’t know yet.”

Lemon later upped the number to about 20 native fish restoration projects that are on hold because they involve fish removal. Any kind of fish removal, whether it involves the chemical rotenone or not, Lemon said.

Lemon said the move was prompted by discussions during the passage of Senate Bill 360, which is now basically one sentence that requires FWP to review the state fisheries management plan and include “extensive public meetings” by June 2023. SB 360 is awaiting the governor’s signature.

But the first version of SB 360 would have required the commission to offer more fishing opportunities if projects to assist native or endangered fish reduced the opportunity to catch fish. Some attributed the initiation of the bill to Walleyes Unlimited, but members of the organization said the department wrote the bill.

It was strongly opposed by Montana Trout Unlimited.

“We listened to the conversation about questions and maybe even some challenges about fish removal projects. We decided toward the end of the session to take a look at native fish restoration projects that we had on the books that involved fish removal. In doing that review, we realized that, for the fish removal portion of the projects, we needed to have commission approval,” Lemon said.

Lemon could not identify the part of Montana law that prompted FWP to take this action.

The part of the law that deals with FWP regulation of fish – Title 87, Chapter 3 – mentions nothing about restrictions on restoration projects involving the removal of fish. A separate section addressing powers of the department relating to federal fish restoration says the department is authorized to carry out restoration as long as it conforms to state law and agency rules.

When Montana Trout Unlimited first heard about the move to delay more than two-dozen projects, members questioned the need for commission approval. Over the past two decades, several such projects have been funded under the Future Fisheries Improvement Program, which promotes the restoration of wild fisheries and their habitat.

“My reading is the annotated code gives clear authority for the department to do these projects without the approval of the commission. Which is how they’ve been operating. They don’t have to go to the commission for every single thing,” said Montana Trout Unlimited spokesman Clayton Elliot.

Late Tuesday, Elliot learned that FWP had decided to allow nine projects to move ahead. Lemon said they were projects that were already approved by the commission. The Missoula Current has asked for a list of projects being delayed.

One project approved at the last minute is the restoration in the upper section of the North Fork of the Blackfoot River. Proposed last summer, the project would use rotenone to kill all the fish above the falls, so FWP can plant pure westslope cutthroat trout to rebuild a wild population, one that contains at least 90% westslope genes. The falls would be a barrier to keep nonnative fish out of the upper reaches. The U.S. Forest Service is a partner in the project that has been at least a dozen years in the making.

Outfitter Kenny Long had a $30,000 deal to pack equipment up to the falls area but the contract had to be signed on Friday. Initially, FWP wasn’t going to sign.

“It not only put the whole project in jeopardy, but this guy had made a whole business plan around it. (FWP) was his biggest client this summer,” Elliot said. “That got back in because (The Montana Outfitters and Guides Association) found out about it, and MOGA lit up the director’s office.”

MOGA has influenced a lot of FWP legislation this session, and FWP Commissioner Pat Tabor is a member and has been president of MOGA.

Montana is unique because of its thriving native trout fishery. Unlike other states, in 1974, Montana stopped stocking hatchery trout in streams that supported native fisheries. Once stocking was discontinued, native trout populations doubled and tripled on various rivers.

But those who aren’t aware of the science behind this push for the stocking of more sport fish that they know from other states, such as nonnative rainbow and brown trout. Some of these people turn into bucket biologists, trying to transplant nonnative fish that they want to catch. The problem is these nonnative species hybridize and outcompete with native trout, ruining the ecosystems that evolved in Montana. That’s why nonnative trout need to be eliminated from or kept out of native fish refuges.

Delaying these projects until June, August or later essentially means there won’t be enough time to organize the details so they won’t be carried out this year.

In addition, recent legislation requires the governor to add two more people to the commission by October who may not be supportive of preserving native species. So further delay could mean the projects never see the light of day.