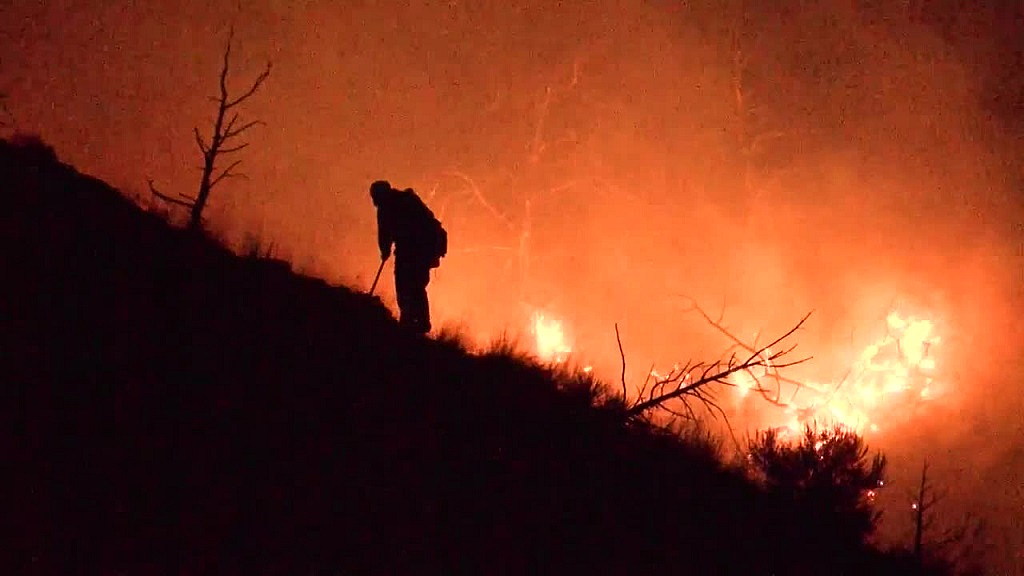 It’s there where George Wuerthner highlighted public misconceptions of wildfire effects and risk, and Dave Strohmaier went into reducing the threat by focusing on the home-ignition zone.

“The jurisdiction of the Missoula County government specifically is not going to be dealing with the landscape-scale land management issues that I think we’re all concerned about, but it’s what can we do on private property to mitigate the deleterious effects of fire,” Strohmaier said.

Wildfires are a constant. Author and ecologist George Wuerthner said wildfire has been a fixture throughout the centuries, although the frequency of wildfires has ebbed and flowed due to climatic conditions, particularly in the American West.

Years that saw large wildfires – 1710, 1910, 1988 – had similar climactic conditions dominated by drought, high temperatures, low humidity and high winds. Conversely, between about 1940 and 1980, the climate was relatively cool and moist, so fewer fires developed.

The fires that did spark were immediately snuffed out by a Forest Service invested in fire suppression. Since that’s what they grew up with, that’s what many adults think is normal.

But with climate change now part of the equation, big fire years have become more regular as drought, heat and high winds become more pervasive. Any time these factors come together, Wuerthner said, wildfires will grow to the point that scattered thinning projects can’t stop them.

Wuerthner pointed to the 2007 Jocko Lake Fire near Seeley Lake and the 2015 Fish Creek Fire west of Missoula that raced through areas previously logged by Plum Creek Lumber. Wuerthner has just visited the Dixie Fire in California and said that fire had burned through both thinned regions and massive clearcut areas.

“The idea that fuel reductions are effective is questionable,” Wuerthner said.

Tree removal can do more harm than good if more roads are opened, potentially bringing in more weeds. If too many trees and snags are removed, it also reduces habitat for certain species of birds, bats and small mammals. The logging machinery itself can also be a fire hazard.

“If you’re going to do fuel reductions, you have to do them strategically, around communities and around homes, and you have to maintain them,” Wuerthner said. “That means you have to continuously come back and treat them over and over again. Because after you’ve done it once, you can enhance the regrowth of vegetation. In 5 or 10 years, you may have more flammable fuels than prior to the treatment.”

A former firefighter, Strohmaier knows it’s firecrews who pay the price as more homes invade the county’s wildlands. In 1994, Strohmaier visited the site where 14 firefighters died on Storm King Mountain in Colorado. Strong winds had suddenly swung the fire around and the firefighters couldn’t escape.

Looking at the 14 markers where each firefighter had fallen, Strohmaier said he couldn’t help but notice what was at the base of the mountain.

“At the bottom of the slope, there is a small subdivision that I cannot help but think played into some of the tactical and strategic decisions on this fire,” Strohmaier said. “What the hell are we doing, taking some of the risks that we are, particularly knowing what we know now? Fire suppression actions or fuel treatments distant from homes sites will make little difference in whether a home is saved or not.”

Strohmaier and Wuerthner both showed photos taken by fire scientist Jack Cohen showing homes burned to the ground while nearby trees were still green and other houses stood untouched, even while everything around them was charred.

The photos demonstrated that wildfire doesn’t have to be fought if the houses themselves are fire-resistant. It’s why Missoula County is taking steps to focus on preserving houses, instead of trying to stop wildfires that may not be stoppable.

The county is developing building codes to ensure that homes are fire-resistant. In addition, the county is updating its zoning regulations. The county will determine which areas are more likely to burn and try to figure out whether such areas should get certain limitations or requirements.

“Zoning and building codes are dirty words in some circles,” Strohmaier said. “But too often what happens is we privatize the benefits of folks doing whatever the hell they want on their own property, but then we socialized the cost. Because by God, the retardant planes better be flying and I want to see a 20-man hotshot crew in front of my property if there’s a fire in the neighborhood.”

In addition to developing regulations, the county is trying to develop a program to encourage voluntary prevention and preparedness.

Finally, the county wants to see more transparency from agencies that propose logging projects. Too often, Strohmaier said, agency proposals will include the words “WUI wildfire risk reduction” as a reason for a project that isn’t anywhere near a community.

“Let’s identify what the true result of that management action is,” Strohmaier said. “Is it primarily being used as a rhetorical device to sell the public on a project? Or do folks really believe these projects are going to mitigate impacts on communities?”

“Let’s not hand the project to groups by being sloppy,” Cohen said.