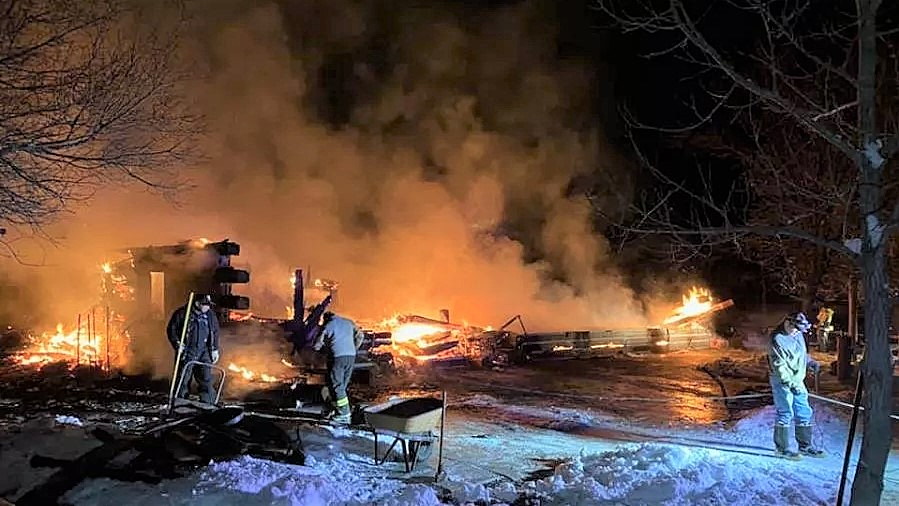 In Part 1, fire behaviorist Jack Cohen compared the Dec. 30 fire in Superior and Louisville, Colo., to other urban fire disasters to identify the causes and propose solutions for communities wanting to avoid the same fate. Here in Part 2, Missoula County starts looking at what it can do and a potential wildfire hazard challenges the residents of Grant Creek.

Proposing new zoning tends to garner public opposition. Some people don’t like to be told what they can’t do on their property. Building codes aren’t popular either.

However, Missoula County Commissioner Dave Strohmaier said there’s a high likelihood that the county will be creating new building codes and zones this year to deal with wildfire risk, based upon the recent lessons of Colorado, Denton and Lytton, British Columbia.

“What we have learned over the years is the critical nature of the home ignition zone to averting community disaster,” Strohmaier said. “We’ve not done ourselves any great service on focusing our attention on areas beyond the first 100 feet of one’s home. Because ultimately, that’s going to determine whether a structure is saved or not. Not whether you’ve done fuel treatments some distance from the community.”

But commissioners and staff have already pondered the possibility of creating “donuts” of zoning around more populous areas where regulations would change to prevent the urban chain reaction of houses burning simultaneously.

“There may be areas in the urban core that are within a couple miles of an ember shower, but we wouldn’t include those in regulations. Then you go out a little ways and there’s this zone that has enough proximity to wildland fuels and enough density of development that once fire starts, it could propagate from one property to another, unless those property owners have addressed the home ignition zone.”

Outside the donut would be the “live-and-let-live zone,” Strohmaier said, where houses are so sparse that they can burn down without setting their neighbors’ homes on fire.

The county will also begin working on updating the Community Wildfire Protection Plan, even though its last revision was in 2018. The Protection Plan identifies the wildfire risk in regions of the county and the actions that agencies and property owners should take to first prevent and then respond to wildfire. But the wildfire hazard map is a little limited, being based on flame length, a measurement more applicable to trees than grass.

“It’s yet to be determined how we’ll use the existing mapping,” Strohmaier said. “What is it that ignites people’s homes? It is not the wall of flames that we see in dramatic images. Even though it looks scary and pretty awesome, that’s not what starts structures on fire. It’s predominantly the firebrands that cause fire to start in the home ignition zone, whether we’re talking grassfires or heavier forest fuels. We’ve gone astray focusing on fire intensity.”

The county is referencing protection plans being used elsewhere, including ironically, Boulder County, Colo., to get ideas on what to update in Missoula County’s plan.

The Missoula County Community Wildfire Protection Plan is a useful guide for the county. But there’s too much area to cover for the plan to really get down to the nitty-gritty of what individual neighborhoods or smaller communities should consider if they want to address risk.

Mike Cole, Wildfire Risk Task Force leader who works for Type 1 Wildfire Incident teams in the summer, said the task force spent the summer inventorying the properties throughout the drainage, looking at forest stands and property condition. Now, it’s time to sit down and flesh out the plan.

“If you have a site-specific plan, you have more options working with the agencies,” Cole said. “The city and county don’t have resources to do something like this for every drainage, so it’s up to local residents. We had enough concern from residents that we volunteered to take this on.”

Some of the concern was sparked when Ken Ault of KJA Development bought a former rock quarry at the bottom of Grant Creek and announced in February 2020 his intent to build four-story apartment buildings with 960 units on the 44 acres. Current zoning, however, would allow only three-story buildings with 500 units.

Even so, Friends of Grant Creek worried about adding at least 500 more vehicles to the traffic at the bottom of Grant Creek Road. The big problem is Grant Creek Road is one-way-in and one-way-out. If a wildfire sparked along Grant Creek, in particular a wildfire in extreme conditions, could evacuation be hindered by a traffic jam or accident near the development?

Is that a possible scenario? Cole said yes.

“If you look at the lower end of Grant Creek, it’s got a lot of grass surrounding subdivisions,” Cole said. “Then you look at Louisville and the surrounding grasslands. Compare that to (the Prospect Drive development). Does this look like your neighborhood? It certainly does.”

When Cohen read about the proposed high-density apartment development, he immediately hoped it would have interior sprinklers and nonflammable siding on the exterior, including the ceilings of the balconies and alcoves.

He pointed to the remains of the four-story Element Hotel and two-story fourplexes in Superior, Colo, and said such buildings often burn in independent parts during firestorms. Each unit catches fire at different times as flammable furniture and other items on the balconies or in alcoves catch fire. Then nearby windows fracture and collapse, allowing the fire inside.

“We’re going to have to recognize the primary vulnerability is particularly with multi-story structures where it becomes extremely difficult to suppress fires. Particularly if there’s more than one,” Cohen said.

Friends of Grant Creek have asked the City of Missoula to do a traffic study to assess the current situation before adding another 500-plus cars. Cole said they may have to wait months, maybe years, because traffic studies are expensive. In the meantime, the City of Missoula reported five injury accidents, not counting fender-benders, on the lower section of road between January and September 2021.

That’s the kind of situation the Wildfire Risk Task Force will have to compensate for in their plan. But they don’t know that there’s much they can do to stave off disaster, especially if reaction times have to speed up.

“If you’re looking at new construction projects, you need to look at what the fire environment is going to look like 30 or 50 years from now,” Cole said. “The information and models we used to base evacuations on, with the climate influencing fire behavior, are we going to have to reduce the time we’d normally take to evacuate people. And are we going to have fewer options?”