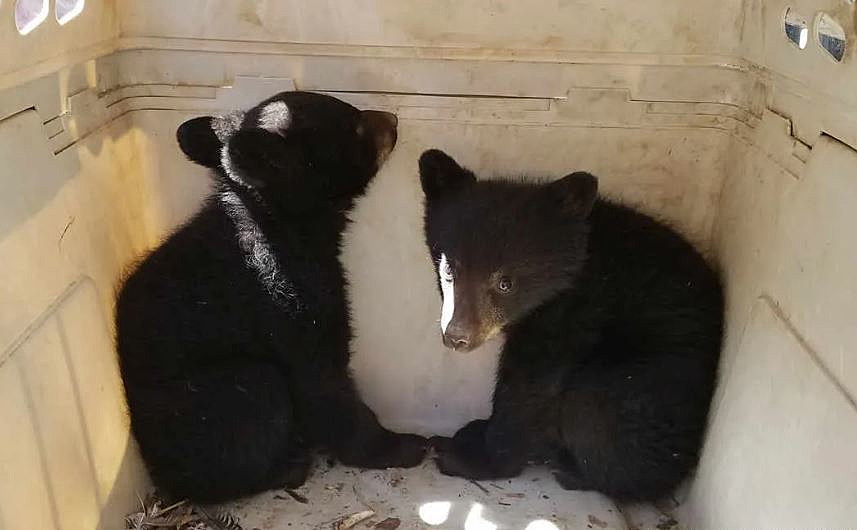 As Montana starts to allow black bears to be hunted with dogs, some voice concerns about black bear populations, mother bears with cubs, and the quality of the existing bear hunt.

On Friday, with the opening of hound hunting adding more complications, the Fish, Wildlife & Parks commission debated when to end the black bear season and how to report black bear kills. Both are important as more hunting means bear populations are potentially pushed to their limits.

Previously, hunting bears with dogs was banned in Montana because it’s not seen as “fair chase,” which requires hunters to avoid methods and technology that give them an unfair advantage. But the 2021 Legislature passed House Bill 468 on a party-line vote to allow hound hunting, making Montana one of a dozen states allowing the practice.

However, Montana is the only state of the 12 that also manages grizzly bears. So hound hunters were disappointed that FWP chose to allow hound hunting only outside occupied grizzly habitat. That means hounds are allowed only in the Bitterroot, lower Clark Fork and Big Hole river watersheds of western Montana although most of central and eastern Montana are open to dogs.

Jeff Darrah of Sportsmen for Fish and Wildlife – an organization that supported a slew of 2021 bills that brought more contentious hunting and trapping practices into the state – said grizzly bears are a poor excuse to exclude hound hunting, just as it was for restricting wolf trapping because only one grizzly bear was trapped in Montana.

“The activists continue to use the possibility of grizzly bears being chased by a dog as their tactic,” Darrah said.

While a few commenters brought up the fair-chase problem, regular bear hunters, dubbed spot-and-stalk hunters, said they didn’t like having to compete with hound hunters. Regular hunters already kill about 700 bears a year in Region 1 in northwestern Montana, and regional biologist Neil Anderson said that’s close to the limit of what the population can stand.

“We feel that we may at times, even under the current circumstances, hit that population pretty hard, because you see a subsequent decline after extreme highs to where we see a pretty good drop in the population,” Anderson said.

Commissioner Pat Tabor not only supported FWP’s proposal – which allows hound hunters to kill bears until May 31 in some districts and then chase them for training until June 15 – but he also added requirements for collars that allow hunters to call dogs back and track them with GPS.

“I want this to succeed. This is a brand new opportunity,” Tabor said.

Then, Tabor went on to push for the two additional proposals of a statewide season closure of June 15 for all black bear hunting and the elimination of a physical inspection of bear carcasses. Tabor said he had worked with Region 1 staff and FWP Chief of Staff Quentin Kujala to learn how far they could go.

“I put all this bear stuff on them, and they worked tirelessly to look at this,” Tabor said.

Later, Stephen Capra of Footloose Montana said Tabor should recuse himself from the issue due to conflict of interest since Tabor is an outfitter and stands to profit from the changes.

Tabor said a June 15 closing would make all the districts uniform, instead of closing some on May 31. But when asked, several biologists said they were concerned going to June 15 could damage the populations, now that a hound-hunting season was being added. Also, male bears tend to come out of hibernation first in the spring, followed by females and finally females with cubs. So the later the season runs, the more likely hunters are to kill females, which drops the population more.

Region 4 biologist Corey Loecker said he was worried about too many hound hunters coming to his region since they can’t hunt on the western side of the state. Region 5 wildlife manager Matt Ladd said females already account for 40% of the kills in one of his districts.

“That’s at our upper limit. With the consideration of the hound season coming on, we have concerns that we could increase that harvest and not be sustainable,” Ladd said.

Tabor withdrew the motion to extend the season but said he wanted better population monitoring to know whether bears would be affected.

Currently, FWP monitors black bear populations using the number of kills each season and a physical inspection of the carcasses. Hunters bring bears to FWP so biologists can see the sex and condition of the animal and remove a tooth to age the bear. But it takes time.

FWP proposed getting rid of the physical inspection in favor of a mandatory requirement to have hunters send in a tooth. However, hunters sometimes botch the extraction or don’t comply, so valuable information is lost, including how many lactating females were killed. Again, most of the biologists didn’t support getting rid of the inspection.

“There was no public comment that supported getting rid of the check,” Byorth said. “With adding a hound season, we’re taking a huge risk by not gathering the best possible data. Third, with the grizzly delisting proposal, it’s incumbent on us to demonstrate how seriously we take our biological science-based management.”

Anderson said Region 1 had supported the proposal due to staff overload and with the assumption that it would be part of an expanded population monitoring effort.

In the end, the commission voted to keep the physical exam for all regions except Region 1, which will run a pilot project to test whether tooth submissions are enough.