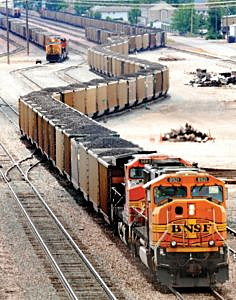 The planned shutdown of the last coal-fired power plant scheduled to be operated in Colorado has officially been accelerated — again.

In a settlement agreement reached with state officials and environmental groups and filed with the state Public Utilities Commission on Tuesday, Xcel Energy said Unit 3 of its Comanche Generating Station in Pueblo will cease operations by Jan. 1, 2031, four years earlier than previously agreed and decades ahead of the plant’s original retirement date.

“This is an exciting and historic milestone for Xcel Energy and our Colorado customers as we lead the nation’s clean energy transition,” Xcel CEO Bob Frenzel said in a press release.

“By ending the Company’s use of coal by 2031 and achieving at least 85% reduction in greenhouse gas emissions, this agreement is a significant step towards meeting Colorado’s climate goals,” Will Toor, executive director of the Colorado Energy Office, said in a statement. “We also appreciate the commitment of the parties to support a just transition for workers and communities that have depended on coal.”

As recently as last year, Unit 3 was officially scheduled to be operated until 2070. But a February 2021 Clean Energy Plan filed with the PUC by Xcel, Colorado’s largest electric utility, called for its retirement in 2040, and a subsequent settlement reached in November moved that date up to 2035.

In the wake of that agreement, however, operational failures and cost overruns at Comanche 3 resulted in increased pressure from environmental groups and PUC commissioners to further accelerate the closure. Along with Comanche Units 1 and 2, Colorado’s five other remaining coal plants — Pawnee Generating Station, Craig Generating Station, Hayden Generating Station, Rawhide Energy Station and the Ray D. Nixon Power Plant — are all scheduled to close by 2030 or sooner.

“Coloradans asked for a faster transition off coal and Xcel finally listened,” Anna McDevitt, senior campaign representative for the Sierra Club, said in a statement. “This proposal gets us much closer to a coal-free Colorado by the end of this decade, and that’s a big deal for our state’s families and businesses who depend on clean, affordable, and reliable electricity.”