If overnight lows of minus 4 degrees weren’t enough to deter Missoula residents from heading to work on Monday morning, then a wind chill reading of minus 24 likely didn’t make much difference.

Up the Clark Fork River in Butte, temperatures dipped to minus 29, while Helena hit minus 27. Across the state, NorthWestern Energy reported a spike in natural gas usage and established a helpline for customers struggling with high heating bills.

February’s frigid temperatures and those forecast for early March have also turned attention to some area rivers and streams. An ice jam has formed on the Clark Fork River above Missoula, and has the attention of hydrologists.

“It started forming back in January and it has continued to grow,” said Ray Nickless, a hydrologist with the National Weather Service in Missoula. “The banks there are pretty steep and the water builds up behind there as the jam plugs up, but then it seems to have formed a channel around it or through it.”

That was the case as February came to a close with a mean temperature in Missoula of 17.3 degrees. That’s well below the average of 30 degrees.

March is off to an equally frigid pace, with overnight temperatures on Monday morning hitting minus 4 degrees in the Garden City. Tuesday morning will see a repeat, with a forecast low of minus 12 in Missoula and minus 21 in Butte.

That could cause a potentially dangerous “freeze-up jam” on the river, Nickless said.

“As far as a freeze-up jam, which is what we’d expect with these kinds of temperatures, we could certainly see that up on the Clark Fork, especially as they get plenty of ice and with the temperatures so cold up toward the Butte or the Drummond area. We could start seeing some freeze-up jams happening.” 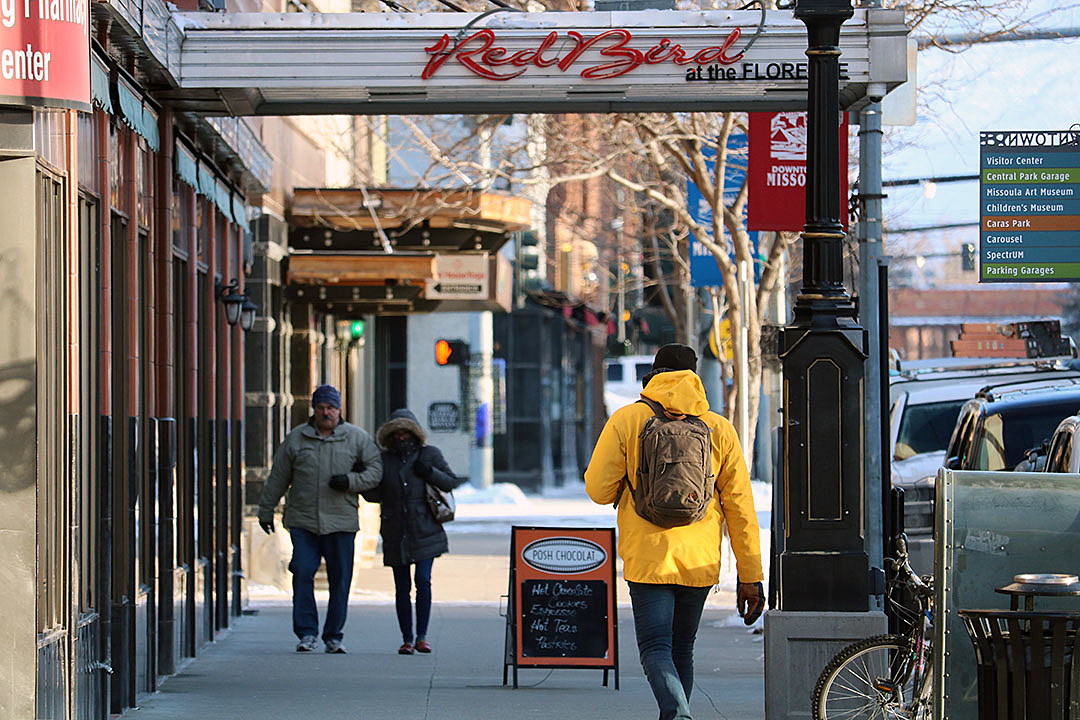 Springtime in the Rockies can be a fickle season, wrought with extreme temperature swings. On this day in 1917, Nickless said, Missoula saw an overnight low of minus 8. But in 1905, temperatures hit 65 degrees.

While Nickless said there’s no indication of a rapid return to normal temperatures – around 50 degrees, come this weekend – and how the next few weeks play out could hold implications for snowmelt, and how that ice releases on the river.

“As far as a big break-up of the ice, we’d need some warm period with some quick snowmelt and maybe some rain mixed in,” said Nickless. “We’re not into that kind of scenario, but we’re certainly building up ice on the little creeks and the Clark Fork, so it’s certainly something to watch over time here.”

JoDee Black, spokesperson for NorthWestern Energy, said the weather was frigid in Butte as she woke Monday morning. The same was the case in other Montana cities east of the Continental Divide.

The temperatures have placed added pressure on gas and electrical usage, though the utility has kept pace with demand.

“Our system is working very well and we’re able to deliver both gas and electricity to our customers reliably,” said Black. “We did see a new peak load in early February. Systemwide, we delivered almost 1 billion cubic feet of gas this February compared to February 2018.”

That also has led to higher heating bills, prompting NorthWestern Energy to establish a help line for customers.

“We know these bills are going to be higher, and we encourage people to reach out to us if they have any concerns about their ability to pay bills,” Black said. “We can put them in touch with resources to help them pay their bills, or talk about other arrangements.”

As far as temperatures go, forecasters are calling for a gradual warm-up, though even that may be weeks away.

“We had some pretty good low-elevation snowmelt, especially in the Bitterroot and places that got clobbered, like Anaconda,” Nickless said. “They’d be having water all over the place if we got into the normal temperature range. It’s a good thing we’ll stay cooler and warm up gradually.”