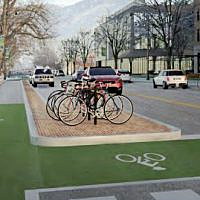 With the new Missoula Public Library now fully open, the city could turn its focus toward redeveloping the old library block, which it received as a gift from a local philanthropist before the pandemic hit. While details are sparse and the city hasn't released any information about its plans for the property, it could begin to explore its options this summer, marking headway … END_OF_DOCUMENT_TOKEN_TO_BE_REPLACED 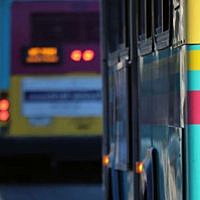 Mountain Line is tying the expansion of its fleet of electric buses to the relocation and development of its proposed master facility, where it hopes to launch the organization into the next chapter of public transportation. The agency, which has grown significantly over the last decade, has adopted a goal of reaching zero tailpipe emissions by 2035. But to get there, it … END_OF_DOCUMENT_TOKEN_TO_BE_REPLACED 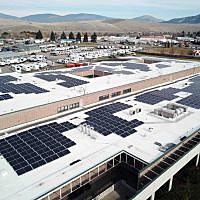 Less than one year after throwing the switch on Montana's largest rooftop solar array, Missoula County is now turning its focus to another energy hog – this time its public works facility. Commissioners on Thursday approved a $12,500 contract with Cushing Terrell to explore the feasibility of installing solar on the county's public works building and another on the Lolo … END_OF_DOCUMENT_TOKEN_TO_BE_REPLACED

While the Biden administration and congressional Democrats take credit for the nation's job growth and economic progress, the Gianforte administration is doing the same in Montana, saying it's been his policies that have led to the state's mended economy. Regardless, the state's unemployment rate remains at a record low while the labor force is reaching a record high, … END_OF_DOCUMENT_TOKEN_TO_BE_REPLACED