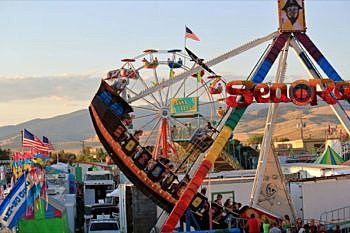 The Western Montana Fair shattered attendance records this year by more than 24 percent, an increase driven in large part by free admission and an overall rethinking of the annual event, county officials said Thursday.

“Overall, when the week started, people were already walking through the gate Tuesday morning, and it was almost overwhelming at first,” said Aldrich. “The whole week, having free admission, really made for a good flow all week.”

Back in April and at the request of advocates, Missoula County commissioners agreed to waive admission to this year’s fair. While doing so would erase revenue collected at the gate, supporters said it would help attract more visitors and enable them to spend more money on other activities.

The theory proved accurate. While the fair lost an estimated $100,000 at the gate, concessions grossed more than $525,000, up 16 percent from the year before and 21 percent over the five-year average.

Bentley said total expenses will become known in the coming weeks, though it looks like the 2017 fair is on course to break even.

“We’re not trying to turn a profit, we’re trying to bring the community together and break even, and it looks like we’re on track to do that,” said Bentley. “It’s pretty nice considering we took a $100,000 hit in our gate revenue.”

In years past, Bentley said, efforts to track the fair’s expenses have fallen short. Those expenses span two fiscal years and are now being tracked for the first time, she said.

“We’ll actually have a better idea of the net,” she said. “Those numbers haven’t shaken out yet, but to be fair, they’ve never been calculated before.”

The 2017 event was up in all categories over last year, with the exception of individual exhibits, which fell 4 percent. Funding from sponsors topped $67,000, a 20 percent increase over last year.

“We’re just overcoming years when the rodeo and Bull-O-Rama weren’t up to people’s expectations,” said Aldrich. “We’re having to earn their trust again.”

“It’s like handing out free candy and telling them next year they don’t get it,” said Commissioner Jean Curtiss. “I think it’s just going to grow.”