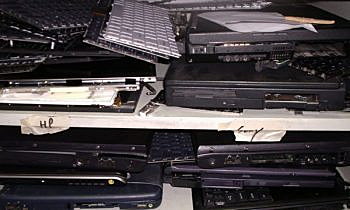 What started out as a school project launched three years ago by a tech-savvy student in Missoula grew into a larger community effort to place refurbished laptops in the hands of those in need of a computer.

While that may be old news, there’s a new rub: The project has morphed again, this time in the hands of a local nonprofit positioned to take the program to the next level.

Keegan Nicholson, founder of ReLaptops, has joined forces with the America Campaign – the company behind Big Sky Code Academy and Montana Code Girls – to grow the program into Laptops for Students.

“The Big Sky Code Academy reached out and we tried to integrate the program into their system,” said Nicholson. “I was going into college and I couldn’t keep it up and no one wanted to follow me. They’ll do the outreach and I’ll be the front-end face of it. It was a good way for me to continue the legacy.”

That legacy was born while Nicholson was a junior at Loyola Sacred Heart High School, though he’d been working on the project since the 8th grade. With his interest in mechanics and technology, taking apart and fixing broken laptops suited him well.

As it turned out, it wasn’t hard to convince schools and businesses to donate their outdated computers.

“I would take old laptops from the school’s pile and moved on to businesses,” he said. “I started restoring them and giving them to students who needed them as a service project. I expanded it into my senior service project.”

The effort grew from there with a team of students looking to learn how to repair and restore old computers that were no longer needed by the original user but still had life. The project saw benefits both as an upstart tech-training effort and a charity.

Devin Holmes, founder of the America Campaign and its various ventures, met Nicholson a year ago during a Montana Code Girls event in Bozeman. There, Nicholson mentioned his interest in finding a nonprofit home for his program that could take it to the next level.

“We started talking about how there was a lot of synergy in offering middle- and high-school students the opportunity to learn more about both the software and hardware side of technology,” said Holmes. “We agreed to bring ReLaptops on board as part of our youth initiatives.”

The effort, which includes desktop computers, tablets, printers and other electronics, marks the America Campaign’s first foray into the hardware side of technology. While many high school students are interested in technology, Holmes said, not everyone is looking at software.

Building a hardware program served as a logical step for the organization, he said.

“The other thing that was exciting, last year with Montana Code Girls, we had several students who didn’t have computers at home,” Holmes said. “It’s definitely a reality in Montana and some of our smaller communities. It was a nice fit, strategically, for us to put the two together.”

Holmes said the America Campaign and students with ReLaptops will also work to open a chapter in Bozeman. His goal is to take the program statewide over the next academic year.

“It’ll give students that exposure, and students who don’t have laptops the opportunity to get one that was refurbished by a fellow student,” Holmes said.