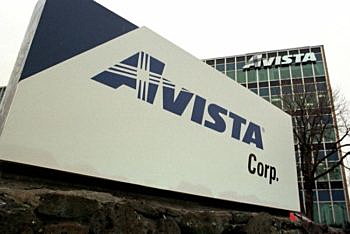 A Washington utility with 32 customers in western Montana and a part owner in the Colstrip power plant is asking the state’s Public Service Commission to approve its plans to merge with a Canadian firm, creating one of the largest regulated utilities in North America.

Avista Corporation, based in Spokane, and Hydro One Limited of Canada, filed their joint request with the PSC this month seeking approval for the $5.3 billion transaction.

“This came into the commission in three gigantic binders, and we have a substantial amount of information to sort through,” PSC communications director Chris Puyear said on Tuesday. “We’ll be doing that over the coming months.”

The agreement would see Hydro One pay Avista shareholders $53 per common stock share. If approved, the deal would create one of North America’s largest regulated utilities, serving 2 million customers throughout the Pacific Northwest and Ontario.

The company also provides service to 32 customers in Montana living near the Noxon Rapids hydroelectric facility in the state’s northwest corner.

“Those 32 customers, as small as they may be, place Avista firmly under the definition of a regulated utility in Montana,” said Puyear. “Any transaction like a merger is subject to approval by the commission.”

In addition to the Noxon Rapids generating station, Avista also maintains 15 percent ownership in Colstrip units 3 and 4, according to the PSC. The company’s share of the power plant equals 222 megawatts, or enough to power about 160,000 homes.

According to the application, Puyear said, Avista will continue to pay Talen Energy to operate the Colstrip units, and it would do so as a subsidiary of Hydro One. Utility rates would not be impacted by the costs associated with the transaction, and no layoffs are expected as a result of the sale.

“Avista has represented to the Commission that if the merger were approved, Avista would continue to operate as a wholly owned subsidiary of Hydro One and their ownership interest in Colstrip would remain unchanged,” Puyear said. “Customer rates would really remain unchanged and there’s no anticipation of any layoffs with the sale.”

The transaction is expected to close in the second half of 2018 and remains subject to several jurisdictions, including five states, as well as the U.S Federal Energy Regulatory Commission.

“The commission intends to take a hard look at the impact of the merger and all the generating assets Avista owns in the state,” Puyear said. “Within the utility industry, we’ve see a trend toward consolidation. But this would have to one of the largest in recent (Montana) memory.”