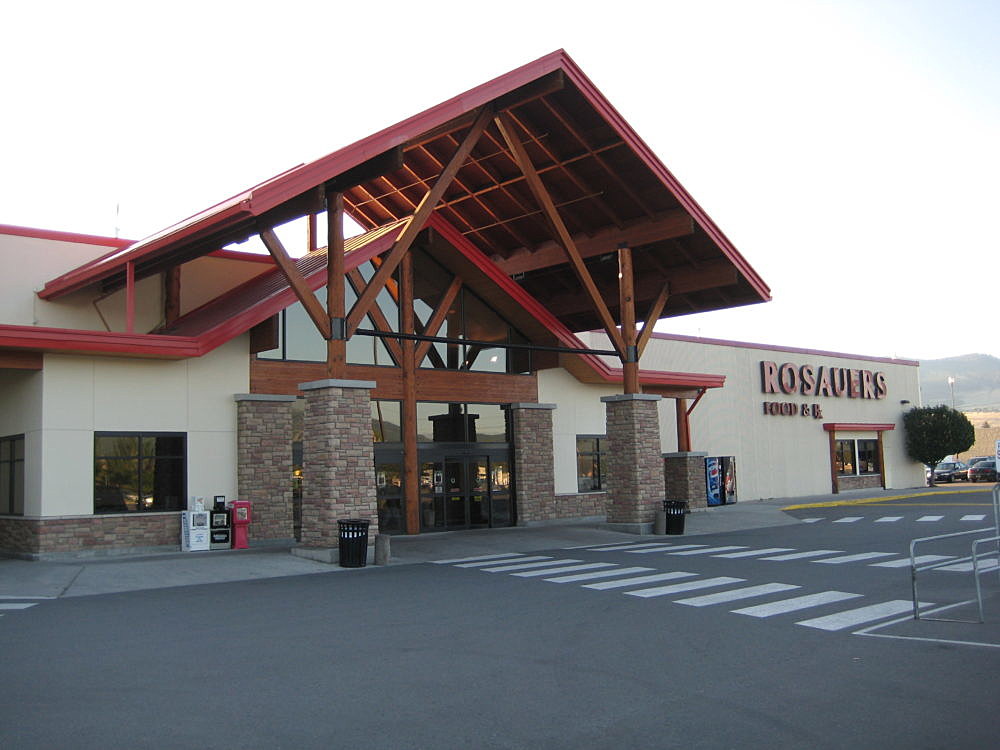 The supermarket’s request for a conditional use allowing gasoline sales at its South Avenue and Reserve Street store ran into a growing list of questions until Councilwoman Marilyn Marler suggested the entire matter be sent back to committee.

“I think people have more they want to talk about,” she said.

The store’s representatives mounted a half-hearted attempt to keep the matter on the table, then acquiesced to what is Marler’s right as a council member.

The matter will be heard again at 1 p.m. on Nov. 29 at the council’s land use and planning committee meeting, chairman John DiBari said.

Rosauers requested permission to install a canopy and five gas islands (or 10 pumps) in the southwest corner of its Missoula store’s parking lot.

The store’s existing sign would be modified to indicate the price of gas, and no other items would be sold under the canopy. The gas pumps would be open only during store hours.

No one spoke against the proposal during Monday night’s public hearing.

But council members immediately had questions for Craig Schaeffer of Morrison-Maierle, who was at the meeting along with representatives of Rosauers.

What would be the impact on traffic at the intersection of South and Reserve?

Could the intersection be reconfigured as part of the gas station’s installation, to improve the flow of cars into and out of the grocery store’s parking lot?

How would Rosauers control the speed and direction of traffic in the parking lot once the gas islands were installed? Could the gas pumps themselves be used as traffic control devices?

Why did Rosauers think another gas station was needed, when a Holiday Station is directly across Reserve to the west?

Could the landscaping along South and Reserve be expanded to include more vegetation, shielding the gas pumps from the view?

Could the gas islands be limited to four (or eight pumps)?

Schaeffer said Rosauers wants to add gas sales for the convenience of its shoppers, and to better compete with big national chains. The move is expected to bring another 20 to 50 shoppers to the store per day, he said.

A traffic study showed only 14 percent of the traffic at the Reserve and South intersection is attributable to Rosauers, and the addition of gasoline sales wouldn’t change that much – maybe by 2-4 cars per hour.

He and other store officials indicated that they would bring potential new designs and other ideas for the parking lot’s traffic control to the late November committee meeting.