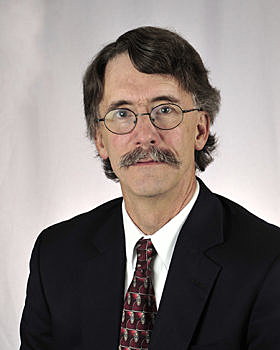 Montana’s economy saw strong growth in the second half of 2017, an encouraging sign that forecasters expect to continue this year and into the next.

Patrick Barkey, director of the Bureau of Business and Economic Research at the University of Montana, attributed the resurgence in part to several rebounding industries, including timber and retail, along with growth in the state’s technology sector.

“Our economy has found another gear and enjoyed stronger growth in the second half of 2017, pushing through to this year,” Barkey said Friday at the annual economic outlook seminar in Missoula. “It’s specifically encouraging because some of the things have turned around.”

Job growth in Gallatin and Missoula counties remained strong over 2016 and 2017, with Missoula adding more than 1,000 new jobs each of the two years. Other populated counties also logged gains, though to a much lesser extent.

What’s more, he said, copper prices have increased and tech is expanding in western Montana, though agriculture continues to struggle in the state’s eastern reaches due to low wheat and barley prices and drought. Oil prices have also increased, though it hasn’t yet translated to an increase in oil production in Montana.

“Business investment, which was really in the dumps and started with the oil-price bust in 2014, has come back with a vengeance,” Barkey said. “In the first time in memory, we’re seeing meaningful increases in earnings in middle-class workers. It’s coming about due to synchronized global growth. It’s a good news story.”

Paul Polzin, director emeritus with the Bureau of Business and Economic Research, also looked upon the energy sector with cautious optimism.

“Here in Montana, when we talk about oil, we’re really talking about the Bakken,” Polzin said. “There’s that big drop-off in 2014 and rough stability since then. But since last summer, there’s been an uptick in oil prices. It may in fact be a longer trend, and we may be looking at higher prices in the future.”

Polzin attributed the resurgence in oil prices to global economic growth. With no major economy in a recession for the first time in a decade, the demand for oil has grown, and prices are back to a point not seen since late 2015.

Polzin didn’t share the same optimism for the state’s renewable energy sector, saying the supply of clean energy doesn’t yet match demand, at least at the right time of the year.