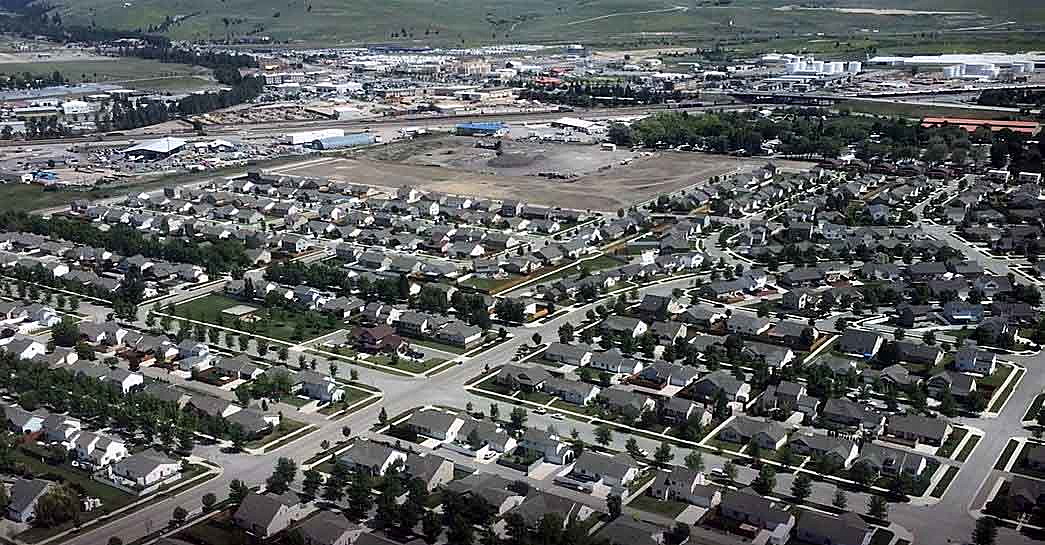 Nearly 16 years after a plan to complete a road network west of Reserve Street was first submitted to federal officials, Missoula County and its growing list of partners is ready to try again.

The county dusted off its plans last year and applied for a $19 million TIGER grant to complete the grid network between Mullan Road and West Broadway, a move that would open 400 acres of land for needed housing and light industrial development.

But the application wasn’t approved and the grant has since changed names, though the county is ready to try again – the third time since 2012.

City officials are expected to move forward this year with plans to annex areas west of Reserve, including Missoula International Airport and the county’s development park.

While the exact boundaries for annexation haven’t been established, the area identified in the transportation proposal is facing pressure from urban development and is likely to become part of the city at some point in time.

How the area develops holds implications for future costs – as well as headaches for area residents who already face challenging commutes when traffic volumes are high.

“The city is very interested in providing housing opportunities,” Keene said of the area. “We have some pretty big congestion issues around Mullan and Reserve. This project would help alleviate some of that by providing a grid network that helps traffic from Mullan Road and the developing area between Broadway and Mullan to access West Broadway.”

To do that, the project looks to extend George Elmer Drive and Mary Jane Boulevard from Mullan Road north to West Broadway, creating two north-south connectors. It would also extend England Boulevard further west, beginning a grid network in an area that’s lacking while opening access to the airport’s plans for light industrial development.

“You’re not creating a new direct route, but it’s this network of other routes that people can use,” Keene said. “That dispersion of traffic, and shortening some of the travel times because of that single lane in and out of the Mullan corridor, helps with some of that circulation.”

While the plan has won early support, concerns linger, including the airport’s future growth plans. That could include a second runway at some point in time, and development plans near the airfield, including the flyway, must be considered as the proposal moves forward.

But not all members of the city’s Transportation Technical Advisory Committee are convinced the network is a good idea. Ben Weiss, a committee member who also manages the Bicycle and Pedestrian Program at the city, believes the proposal would create pinch points at other high-volume intersections.

He’s also not convinced the costs of the project, estimated at $10 million for the initial phase, would pay for itself.

“I’d really like to see an analysis of what land uses are allowable in there and at an intensity we can ensure we can bring in enough taxes,” Weiss said. “I’m having trouble seeing this as compatible with our inward focus growth policy in the first place. If it won’t pay for itself in the future, that seems problematic.”

Committee member Mike Haynes, who heads the city’s Development Services, disagreed. He said the city follows its inward focus policy, though population growth, coupled with housing and economic needs, will necessitate some additional growth at some point in time.

“Of course we have a focus inward policy, but that’s only going to take us so far with the growth we’re looking at,” he said. “This is an ideal area for the development to occur and the city to grow into. This area is highly developable with the appropriate uses. It’s something we’ve talked a lot about at the city with our planners.”