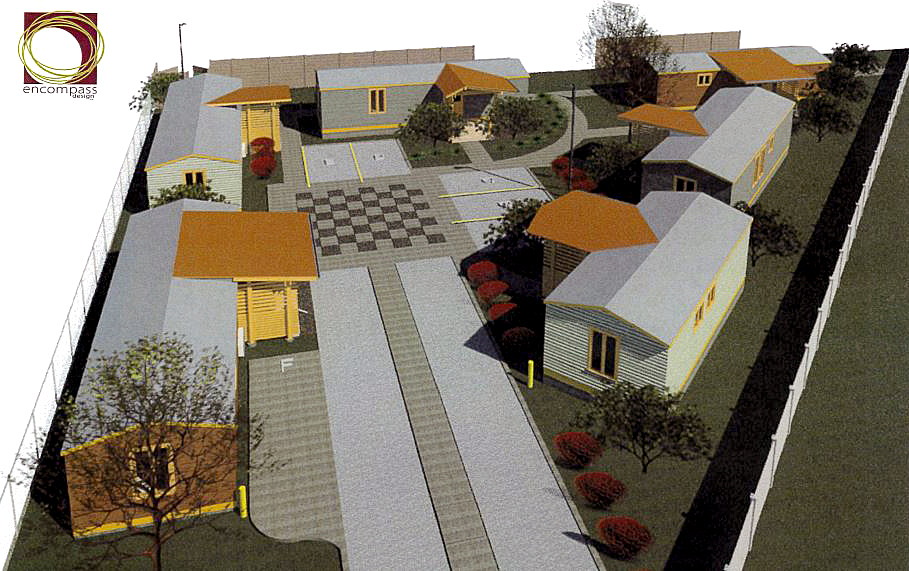 To help with the project, the Missoula Redevelopment Agency on Thursday approved Homeword’s request for $93,000 in tax increment financing to install public services, including a $53,000 extension of water and sewer.

“They ran into issues with the irrigation ditch, entrance into the property and, once again, the extension of utilities,” said Ellen Buchanan, director of MRA. “This will get the utilities extended to this development in terms of water and sewer. It also corrects a safety issue with the ditch.”

Homeword acquired 10 small houses back in 2016 and has been storing them on city property ever since. The homes were initially purchased by an investment company and delivered to Sidney to accommodate workers in the oil fields.

But when the oil boom slowed, the need for housing went with it and the investment firm sought an organization that could use the homes as affordable housing. The Bozeman branch of the Human Resource Development Council bought 75, and 10 of those were purchased by Homeword.

Nearly two years later, six of those homes will be placed on permanent foundations off Montana Street, adjacent to the Missoula Food Bank. The project will increase the property’s taxable value from roughly $1,600 annually to $6,000, according to MRA.

“We’re doing light touches – painting and adding front porches and, most importantly, we’re setting them on foundations so homeowners have different options for lending,” said Andrea Davis, executive director of Homeword. “It will be put into a community land trust and kept affordable for perpetuity.”

Under the arrangement, the land will be held in trust and remain in common ownership. The buyers will be responsible for both the mortgage of the home and a condo fee to cover maintenance and lighting, along with other costs.

While the condo fees have not been set, Davis said, the goal is to keep the homes affordable. The homes will be offered at 80 percent and 100 percent of the area median income.

The City Council granted Homeword roughly $61,000 in federal funds from Housing and Urban Development earlier this year to help the organization secure the small lot where the homes will be placed.

It also granted Homeword $75,000 in Brownfield funding from the U.S. Environmental Protection Agency to remediate the site, which once served as a salvage yard and garage. An estimated 3,300 cubic yards of contaminated soils were removed.

“It’s a very complicated little site,” said Davis. “It was an EPA-approved Brownfield cleanup site. There were sheds, cording and oil barrels. The whole site is cleaned in full.”

Housing experts have attributed land costs in part to the city’s high cost of housing when compared to local wages. Homeword’s small housing project off Montana Street will serve as a litmus test moving forward, as city officials and nonprofits explore other ways to provide affordable housing.

Once the project is completed, Homeword will still have four small houses with an option to purchase 14 more. City officials are looking for areas that could accommodate them, including remnant properties once owned by Mountain Water Co.

“We’re looking at options,” said Davis. “We’re getting inventories from Missoula Water on random infill lots they own. We’ve talked to (MRA) about other infill lots.

“The unique opportunity is that these are 450 square feet and 550 square feet, so small homes on small lots. The remnant (properties) will probably be nonconforming, but if we could work something out, that would be exciting.”