When Kevin Costner and his “Yellowstone” film crew began shooting their miniseries in Darby, the production infused the Bitterroot Valley with needed cash.

It also brought welcome attention to western Montana, not unlike the impact Brad Pitt and “A River Runs Through It” had on the state in the early 1990s.

“We’re a small community that at times has been desperate, because when the bottom fell out of the logging industry, it became pretty apparent driving through beautiful downtown Darby,” said Winthers. “In the last three weeks, $2 million of real estate has changed hands in Darby. That’s a huge, noticeable thing, and the majority of it is right on Main Street.”

Winthers joined several dozen business owners in Missoula on Monday to discuss the state’s tourism industry and the impact improved air service and promotion have had on the region.

While it’s not every day a high-profile film lands in Montana’s backyard and plays to a national audience, the state’s multi-layered tourism industry is firing on all cylinders, and the effort has been intentional.

The more non-resident visitors that pass through Montana, the more money is spent. And that generates more revenue for local businesses and the state’s general fund, with more than half of it earmarked for promotion.

“If you’re not able to set a little campaign and have dollars behind it and make adjustments and keep it going year after year, you’re really limiting your success,” Schieffer said. “With those new dollars injected into our economy, they can circulate to Main Street businesses.”

Success requires competitive air service and strong promotion, something Montana wasn’t known for a few short years ago. Air service into the state was scant and costly, and Montana ranked last nationally for the amount of money it spent on self promotion.

Stuart Doggett, a lobbyist and executive director of the Montana Lodging and Hospitality Association, said the state corrected course around 1987 when it began collecting a 4 percent hospitality tax.

That amounted to around $5 million in the late 1980s but has since grown to more than $30 million. Roughly 58 percent of that is directed back to the Montana Office of Tourism and Business Development.

“The rest is history,” Doggett said. “We’ve gone from the bottom of the pack to about the middle of the pack with other states in terms of promotion. We really like the integrity of the 4 percent tax as it stands.” 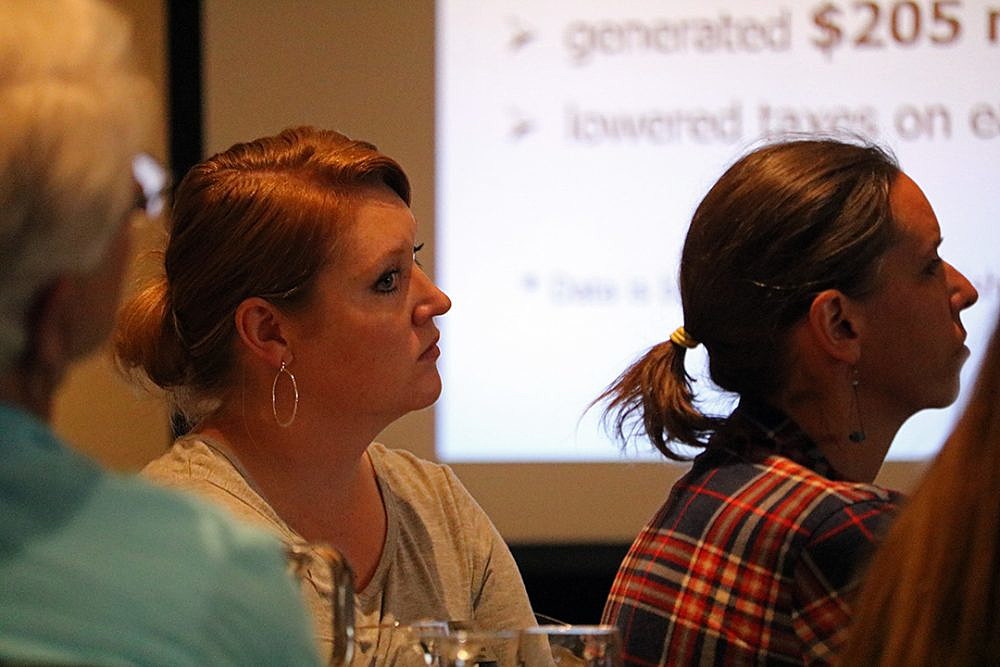 As tourism revenues grow, so too does service to and from Montana airports, with Missoula and Bozeman leading the way. Missoula accounts for roughly 19 percent of all passenger traffic, just behind Billings and Bozeman.

In Bozeman and Missoula, that growth has been intentional, as the two cities compete on the national stage with other communities looking to court airlines for service.

Destination Missoula and the Missoula Economic Partnership have helped spearhead that effort in Missoula. Last year, they joined other community advocates in establishing a revenue guarantee, one that recently helped land American Airlines with service to Dallas and Chicago.

Cris Jensen, director of Missoula International Airport, said the growth in service and nonstop destinations has been a community effort. It’s also something he doesn’t take for granted.

“As we look at the steep incline we’ve seen in the past few years, it’s actually because we’ve become more focused on air service development as a community,” Jensen said. “For those numbers to continue to go up, it depends on all of us working in that direction. We have to partner.”

Growth in the state’s brewing industry also has had an impact on the state’s tourism economy. The industry got a boost last year from Rep. Adam Hertz, R-Missoula, who carried a bill to boost the production cap for state brewers.

While a number of Montana’s visitors come to ski, fish and take in the scenery, some come to drink beer. As it turns out, Matt Leow of the Montana Brewers Association said, that’s good for business across the board.