A 68-unit subdivision proposed for Hillview Way received a recommendation for approval by city planning staff on Wednesday, though it will be up to the Missoula City Council on whether it receives the requested permit.

Planned for the south side of Missoula, the project – proposed under Montana’s townhome exemption policies – marks the latest iteration of two earlier proposals for the same property, both of which received City Council approval.

While neither project went to construction, the latest design marks an improvement over past plans, according to Paul Forsting with Territorial Landworks.

“This is going to be a better version of anything that would have been built 20 years ago,” he said. “It’s going to be more expensive, but it will be better.”

City staff said the number of homes adheres with current zoning and the city’s growth policy, which recommends a density of three to 11 units per acre on the property.

“It’s on the low end of the recommended density,” Forsting said. “It’s a really good project, and it complies with the zoning we have in place there.”

In recommending the development for approval, city staff placed 23 conditions on the project, including trail easements, parking restrictions, a pedestrian crossing on Hillview Way, and parkland requirements.

It also placed long-term maintenance on the homeowners association, including snow removal. Homeowners would pay into the cost of improvements completed on Hillview Way last summer.

But residents in the adjacent Wapikiya neighborhood, which sits on level ground below the proposed hillside development, raised concerns over stormwater runoff, loss of open space behind their homes, and interference with urban wildlife.

“We see fawns there every year,” said Wapikiya resident Teresa Jacobs. “We see foxes. It’s a beautiful preserve. We see them moving up right through that. This blocks the corridor of the deer.” 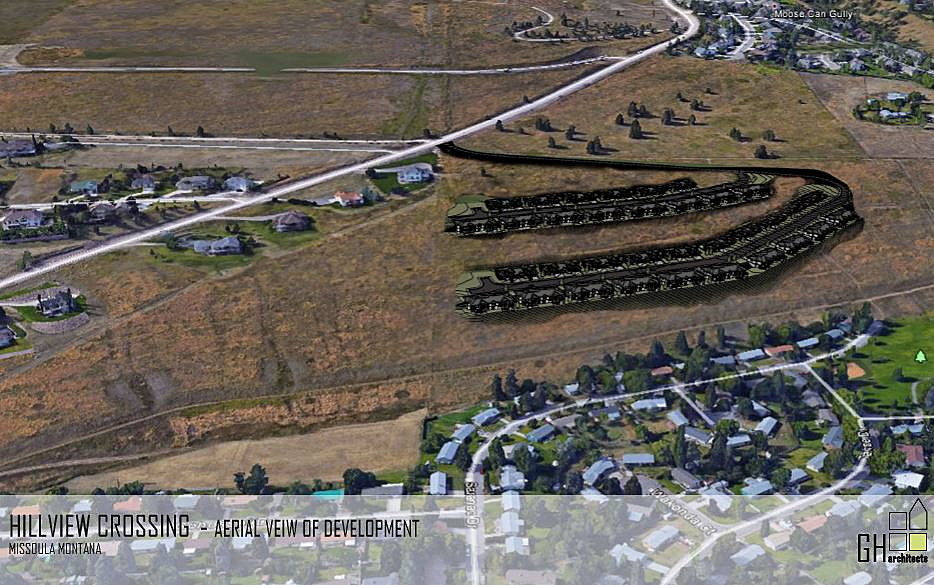 Jacobs believes the development, even at 2.9 units per acre, is too dense. Other nearby residents stated concerns over past runoff from the hillside, and feared the development could exacerbate the issue if not properly engineered.

“There’s a major issue of runoff and stormwater,” said Wapikiya resident Kathy Farrell. “We need to proceed cautiously so we don’t impact current residents or create a nightmare for new residents in this area.”

While members of the City Council offered no comments during Wednesday’s presentation, they posed several questions to city staff ahead of next week’s public hearing.

Among them, they asked for a review by Montana Fish, Wildlife and Parks on impacts to wildlife, and whether the project fits with surrounding developments.

City engineer Troy Monroe said the proposal will require the development to handle the volume of water from short-duration storms without impacting downhill residents. He added that stormwater retention will remain central to the project moving forward if it receives its requested permit.

“There shouldn’t be any change to Wapikiya from what this development is going to do,” said Monroe. “We don’t know how they’ll hold that water back yet. That’s the final design.”

The City Council set a public hearing on the issue for Monday, Dec. 17.