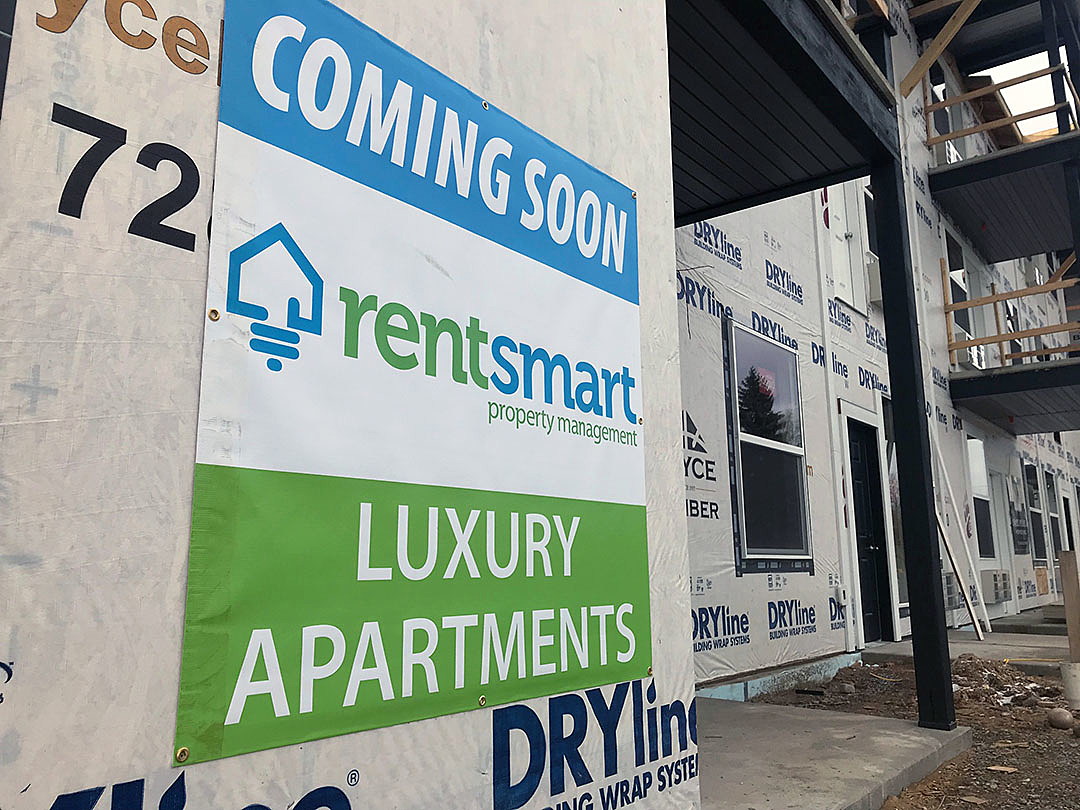 Several property managers in Missoula are challenging a recent rental report and its stated vacancy rate of 8.2 percent for multifamily housing, saying the figure is too high and doesn’t reflect conditions they see on the ground.

Released by Sterling CRE last month, the report offered a rare third-party snapshot of Missoula’s hot rental market. But several property managers disagree with the findings and are reporting vacancy rates of less than 2 percent at their individual holdings.

“Based on what I’ve seen – and I’ve been in the industry for 15 years – our current vacancy is about 1.9 percent, and that’s out of 1,266 units,” said Heather Schwenk, business development director for Missoula Property Management. “Our market is headed toward more of a normal market on par with the national average. That’s healthy for our market.”

Sterling’s market report sampled 3,821 multifamily apartments out of nearly 10,000 units in Missoula and identified a vacancy rate north of 8 percent. That figure was higher than the industry’s self-reported average, and it marked an increase over the prior year.

While Schwenk agrees that Missoula’s rental market is softer than in prior years, mainly due to an influx of new inventory, she said it remains healthy. The demand for apartments is as strong as ever, she added.

“We might see longer days on market for some units,” Schwenk said. “The underwhelming properties may struggle a little more than the newer properties on the market, and they might need to get more creative with their rents. But I don’t think the bubble is going to burst.”

Both figures are for apartments with five or more units – the same benchmark used in Sterling’s report.

Eagen, who claims 25 years of real-estate experience in Missoula, said his 75-unit apartment project in East Missoula is 100 percent occupied. Because of the demand, he said he’s broken ground on a new 15-unit project, also in East Missoula.

“We have a very strong rental market,” Eagen said. “We’re a tertiary market under 100,000, so we don’t get these big national investors that come in and put up 500 units. We just have this healthy little economy, and we have some big investors coming to Missoula to look at these new opportunity zones. They’re very excited about Missoula.”

After local media reported on Sterling’s report, Eagen said he spent the morning scrambling to assure investors from Oregon, California and Chicago that the local market was strong, and that Sterling’s figures were “highly inaccurate.”

But Matt Mellott, a Sterling adviser, defended the report, saying his firm approached the data as a third party and took an investor’s standpoint. Reporting to the local database by professional property managers is voluntary and often inconsistent, he added.

“I have full confidence in the assumptions and methodologies we use to collect and analyze the data and then report results,” Mellott wrote. “Our goal wasn’t to be contentious, but to be informative for current and prospective clients as they look at multifamily investments.”

Mellott said Sterling’s report provided a benchmark against which Missoula’s professional, multifamily managers could use for comparison. If the units managed by those professional companies are as full as they’re reporting, Mellott said, then they’re outperforming Missoula’s larger market.

“If you do indeed have a 1 percent physical occupancy, then I would trumpet that as loudly as you possibly can to current and prospective clients to demonstrate how much you are outperforming the market,” Mellott told them in an email exchange. “We know, with certainty, that there are numerous apartment buildings around town that have vacancy exceeding 10 percent, and others above 20 percent. So, you are clearly doing something right.”

In its 2018 housing report, the Missoula Organization of Realtors reported an average vacancy rate of 3 percent for all housing types across the rental market. Outside that annual report, citywide figures are often hard to come by, leaving Sterling’s report as a rare look into the industry.

But the report irked several local property managers and prompted Missoula members of the National Association of Residential Property Managers to call for a “renewed focus on vacancy reporting” and position their group as “the source of that information.”

Much of that information comes though a database held by NARPM.

“A lot of the larger firms that are NARPM members report to that,” said Schwenk. “Everyone needs to be consistently reporting, and that’s been a topic that’s been brought up among our group, so we can get an accurate figure. We all talk as a group, and it seems to me we’re all along the same vacancy most of the time when we talk numbers.”

Aaron Gingerelli, president of Summit Property Management, agreed the local group of NARPA members could do a better job self reporting its figures to aid in such conversation around Missoula’s housing needs.

Gingerelli said he wasn’t interested in disputing Sterling’s figures, but rather, he said his company’s portfolio of properties with more than five units shows a 1.4 percent vacancy rate. Summit is one of the city’s largest property managers.

“I’m not interested in disputing Sterling’s findings, but I can report our findings, which are representative of many multifamily units in Missoula, are dramatically outperforming those statistics that were reported,” said Gingerelli. “We’re presumably outperforming the market as a whole is what that says to me.”

Gingerelli believes the city’s housing needs will run through a cycle, and at some point the rental market will soften or change. But he doesn’t see any indication that’s happening now.

Rather, he believes the market leans toward unhealthy in its low availability of units and the few choices renters have.

“I do feel it’s a very strong rental market,” Gingerelli said. “Vacancy is probably lower than what’s healthy. It’s a challenging market for renters to find a place to live. That’s overall not a great thing for our community. But as it relates specifically to the market for owning and operating multifamily and other residential properties, it’s very strong.”

While the figures reported by several property managers are outperforming the local market, Mellott said units held by other management companies in Missoula aren’t performing as well.

“One major problem with the NARPM approach to data collection is that if you are one of the lesser performing property management companies, you are very unlikely to report your figures to your competitors in the trade organization,” Mellott said. “Your competitors then know who to target to pick off your clients.

“This is why third party data services are the most referenced (and trusted) sources of market intel for the commercial real estate markets in larger metros. We model our approach after the methods used by Real Capital Analytics, Integra Realty Resources and Reis.”