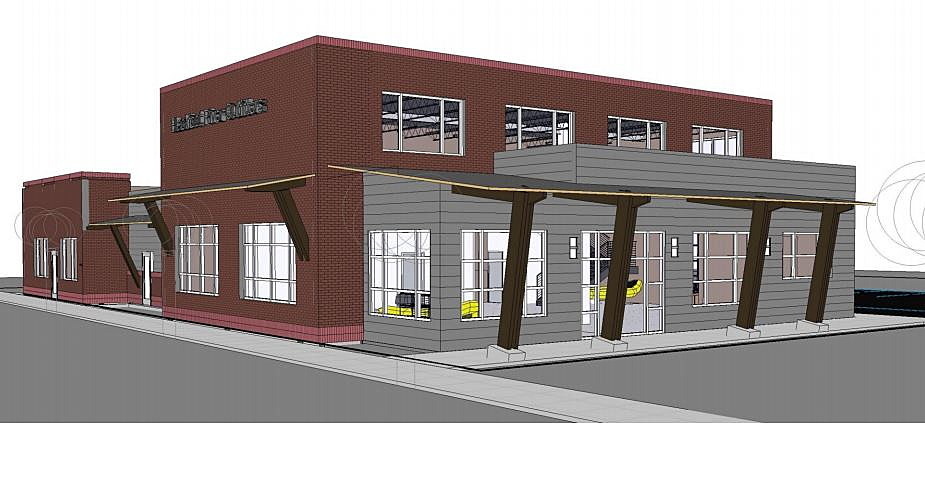 A longtime Montana outfitter plans to build a new commercial store and headquarters on Russell Street, marking one of the first new businesses headed for the corridor as roadwork enters its second season.

Blackfoot River Outfitters, currently located on Reserve Street, plans to occupy its new Russell Street shop this November, setting it on a narrow timeline to begin and complete the project.

“We want to get going on this as quickly as possible,” said Terri Raugland. “Our hope is to be in that new building by the end of year. The quicker the better.”

Raugland and co-owner John Herzer received initial approval Thursday from the Missoula Redevelopment Agency’s board of directors to begin deconstructing an old concrete building located on the property.

They’re expected to submit a formal application for tax increment financing assistance next month to cover portions of public improvements associated with the project. The resulting business will house Blackfoot’s fishing and adventure business, along with a retail store and a coffee shop.

“It’s the kind of business and construction we’ve been looking for to fill in along Russell Street,” said Chris Behan, assistant MRA director. “It fits with the Russell Street study the Sonoran Institute did a few years ago.”

Completed in 2014, that study took a long-term look at the corridor and its potential for redevelopment. The Montana Department of Transportation’s $30 million Russell Street project is expected to launch a flurry of new investment and construction once roadwork is completed.

Among other things, the Sonoran study set a vision for a walkable corridor lined with a mix of multi-story housing, commercial and retail. The city has invested in significant trail work already, and other improvements have readied the stage for future investment.

“It’s wonderful how that street is changing and we look forward to being one of the first people there to help spark that change,” said Herzer. “We feel it’s going to be attractive to other investors who see this happening.”

Blackfoot River Outfitters has been guiding in Montana for 30 years, Herzer said.