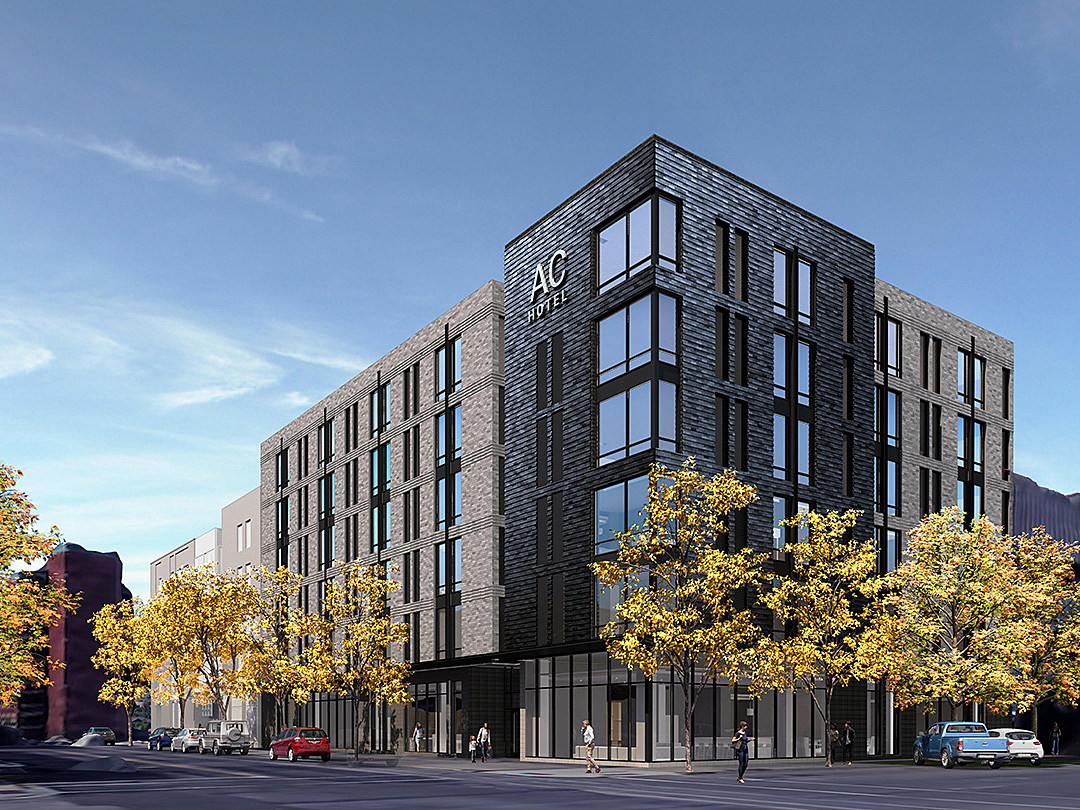 Members of the Missoula City Council approved the construction of a downtown hotel as an urban renewal project on Wednesday, and allocated roughly $1.8 million in tax increment bonds to finance public improvements associated with the development.

That includes improvements to the intersection of Pattee and Main streets and the relocation of utilities, along with deconstruction of a vacant structure on the site.

Missoula Investors LLC plans to break ground on the AC by Marriott hotel next month. The estimated $22 million project will increase the property’s taxes by $170,000 a year and help fund other efforts within the district, including the two-way conversion of Front and Main streets.

“The Merc and the AC by Marriott both will have much smaller debt requirements than they’ll generate in new increment,” said Ellen Buchanan, director of the Missoula Redevelopment Agency. “We’re building that kitty now. Those two (hotel) projects certainly will contribute to our ability as we look at doing something to Front and Main.”

The new six-story hotel will include 105 rooms, a rooftop garden, and a basement bar and restaurant. It marks the fifth significant project in the downtown district over the past three years.

“In Bozeman, it’s a fraction of that activity in their downtown, and I think it’s largely because it doesn’t have the framework in place that Missoula does,” said Andy Holloran of Missoula Investors LLC. “For a stakeholder, what we have here is predictability.”

While several newer members of the City Council questioned the use of tax increment to help cover the costs of deconstruction, Buchanan said it’s among the prime uses of the funding tool under state law.

Without it, she added, new development would move into suburbia and consume undeveloped land. The tool helps reinvest in the city’s core and adheres to Missoula’s focus on inward growth and investment.

“Downtowns are historically the most expensive place to try to construct,” said Buchanan. “If you want the kind of investment that we’re seeing downtown, you have to level that playing field or the projects don’t pencil. Demolition and deconstruction is one of the prime uses of TIF funding under state law.”

Council member Bryan von Lossberg suggested the city change how it talks about TIF funding. He believes there’s a general public misunderstanding that it provides a tax break to the recipient, though that’s not the case.

“We don’t give tax breaks. There’s no property tax breaks in this,” von Lossberg said. “Part of the issue is the way we talk about these projects. We should be talking about investments like this as an investment in public infrastructure.”

Aside from deconstruction costs, the public funding will improve the downtown intersection, add street trees and pedestrian-scale lighting. Relocating the utilities will also serve future projects rumored for the intersection.