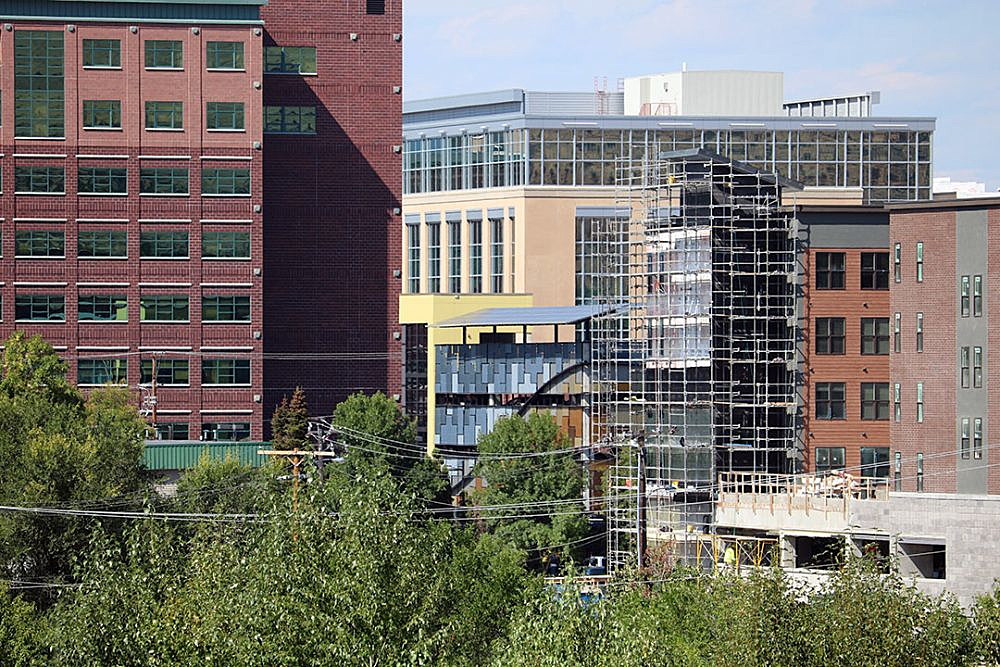 Efforts to rewrite the Downtown Master Plan for a new generation entered the final stretch this week, with the Missoula Downtown Association giving it a unanimous thumbs up at its Tuesday meeting.

Members of the City Council on Wednesday also praised the plan’s inclusive process and its end result. The document, which guides growth over the next 20 years, is making its way through the public process this week, culminating Thursday and Friday with community workshops.

“We are in the adoption week of this yearlong community visioning process,” said Linda McCarthy, executive director of the Missoula Downtown Partnership. “It’s been fun and exciting to go through this planning process. It’s been a truly public-private partnership.”

The plan was funded 50-50 with a blend of public and private funding and saw nearly 4,000 people participate over the past year. That included public workshops, deep forums and community collaboration across a range of issues, from parking to economic development.

Planning experts said such participation is on par with larger metros.

“That level of participation over the course of the year is comparable to cities five times the size,” said Jason King of Dover, Kohl and Partners. “That’s the participation we had in Richmond, El Paso and Chattanooga. People here get involved and they come to meetings, and they keep coming to meetings.”

The plan touches on a range of topics, from parking in the downtown district to ensuring economic development continues while respecting community character. Transportation also is central to the document as Missoula’s population grows.

King said the downtown district can only accommodate so many vehicles, increasing the need for other means of access. That could be on foot, on bike or through public transportation, including a “circulator,” such as a rubber-wheeled trolley.

“Start with a circulator, and as it grows, your circulator can take on other routes,” said King. “Within the timeline of this plan, the projection is, if the city continues to grow as it has, a streetcar becomes feasible. It’s possible that in your life, you’ll see an electric streetcar running down Higgins.”

In its final form, the plan explores issues big and small, from adding color to the Orange Street underpass to make it more user friendly, to redesigning the downtown streetscape. It envisions a different use for the railroad yard and expanded use of Caras Park and the trail corridor.

“It isn’t about pickling the downtown in time,” said King. “It’s also about adapting and renovating and adding to these structures.”

In May, 66 percent of attendees at a public forum felt the plan was on the right track while just 4 percent said no. Planners with Dover, Kohl and Partners reached out to the naysayers and made changes to the document in an effort achieve impossible consensus.

Among the changes, planners backed future development within the Wyoming Street neighborhood off the Clark Fork River. “That kind of thing happened throughout the plan,” King said.

“The bottom line of the plan is, changes are going to come and updates are necessary,” he said. “What we’ve done is taken public input on how the new buildings, streets and updated parks could develop. We’re channeling development that’s going to happen anyway. It’s a thing that doesn’t cost cities any more money.”

King said outside contractors, including the Gibbs Planning Group, conducted an analysis of trends expected to unfold in Missoula over the coming years. That included the need for housing and retail, and it identified opportunities for infill and redevelopment to meet those needs.

While King called the plan one of his firm’s “favorites” given the public input that guided it, he said Missoula “has been discovered” and will be faced with an affordability issue, one that will require “trailblazing” ideas from elected officials and community leaders.