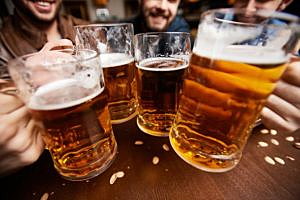 Beer lovers in the nation’s capital will sample suds from Montana when the Go West Beer Fest kicks off this weekend in Washington, D.C.

Matt Leow, executive director of the Montana Brewers Association, said Missoula breweries Draught Works and Highlander are donating beer for the event, joining 15 other breweries from across the West.

Proceeds from the event will support the Wildland Firefighter Foundation.

“Although this was a slow fire season, the Wildland Firefighter Foundation was still busy serving the wildland firefighting community with plenty of injuries and hardships,” said foundation director Burk Minor. “We couldn’t serve the people we do without continued support like this.”

While Montana’s breweries have long supported various causes through beer donations, supporting the Wildland Firefighter Foundation and the families it helps stands out.

Leow said the cause hits close to home, even as the beer festival unfolds far from Montana.

“Montanans are all too familiar with the threat of wildfires, and we are all grateful for the important and brave work these firefighters do to protect our communities,” said Leow. “The Montana Brewers Association is proud to sponsor the Go West Beer Fest, and we applaud Draught Works and Highlander for donating beer to support this important cause.”

Leow said the event also gives beer lovers in D.C. a chance to sample beers that otherwise would not be available in the area. It’s popular among Westerners who have transplanted to capitol, providing them a small taste of home.

Neither Draught Works nor Highlander Beer currently sell beer outside of Montana.

“Draught Works is proud to present our beer to attendees of the Go West Beer Festival and uphold the standard of Montana beer,” said Paul Marshall, co-owner of Draught Works.