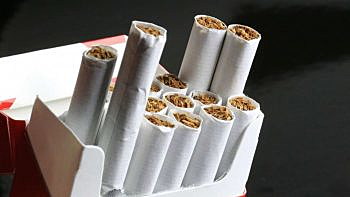 Now that the federal age restriction has increased from 18 to 21 for shops selling cigarettes, the Missoula County Health Department will focus on local enforcement of Gov. Steve Bullock’s temporary state ban on the sales of flavored vape products to all ages.

“This age change at the federal level does not affect the state emergency rule, which is a complete prohibition on selling flavored vape products at all, to any age,” said Ellen Leahy, Missoula County Health director.

A person who violates any provision of the state emergency rules can be charged with a misdemeanor, punishable by a maximum six months in prison and a fine of up to $500, according to the state document, “Montana flavored e-cigarettes ban.”

The temporary ban applies only to those selling specifically all flavored e-cigarette/vaping products.

As a separate issue, if an outlet is illegally selling cigarettes to anyone under age of 21, the health department refers the point of sale to the Montana Department of Revenue.

“We want to help educate the public,” Leahy said about the cigarette sales related to increase in age. “But we aren’t the enforcers.”

According to the health department, 195 retail establishments sell tobacco products in Missoula County.

Welander and an inspector can visit a shop possibly in violation, give notice if the temporary ban is violated, remove the stock from the shelves, then return to the shop unannounced.

“Most likely, I would give a health office’s order – a notice of violation – and an order to take corrective action,” said Leahy. “If they (sellers) get an order and don’t follow the order, we refer it to our state health department and the county attorney. We want the state department to know about it, but the enforcement will happen locally.”

The temporary ban did not come with any additional funds or staff, said Leahy, who will look to experts already on staff to help.

“We will pull in some of our environmental health specialists (inspectors) to follow-up on complaints that the ban is being violated,” said Leahy.

The rule impacts all flavored vaping products, whether or not they include THC, nicotine, CBD or other substances. Online and in-person sales are included.

Illegal online sales of vaping products are more difficult to track, said Leahy, but her office would automatically refer such cases to the state.

Bullock instituted the temporary ban to run for 120 days – until April 15.

Normally, the state Department of Revenue is the enforcement agency for tobacco sales, she added. But the separate emergency rule, which began on Dec. 18 per the governor’s mandate, is in itself an exception.

“The health department is not regularly the enforcement agency for tobacco sales,” Leahy added. “Only in this emergency health rule instance is that the case.”

Initially, Bullock’s office announced on Oct. 8 that DPHHS would implement emergency rules to temporarily prohibit the sale of flavored e-cigarettes.

State officials, alarmed about the spike in e-cigarette use among youth, worry that vaping threatens the progress made in reducing teen smoking rates in recent years.

Between 2000 and 2008, teen smoking rates in the United States declined 70 percent, according to the DPHHS. Now, more than 3.6 million U.S. middle and high school students use e-cigarettes. They account for about one-third of all e-cigarette users.

Driving the increased popularity of e-cigarettes are the enticing, kid-friendly flavors. Mint, mango, gummy bear and cotton candy flavors fuel the epidemic, as studies show that 96% of kids aged 12 to 17 who started vaping e-cigarettes started with a flavored product.

At least 70 percent in that age group report using e-cigarettes mainly for the flavors.

As of Dec. 12, the ongoing national outbreak of VAPI – vaping associated pulmonary illness – has included over 2,400 confirmed and probable cases and 52 deaths linked to e-cigarette use in 48 states and one U.S. territory.

More than half of the cases involve patients under age 25.

Tribes on Montana’s reservations are sovereign, so tribal leaders can decide whether or not to follow the governor’s temporary ban recommendations.