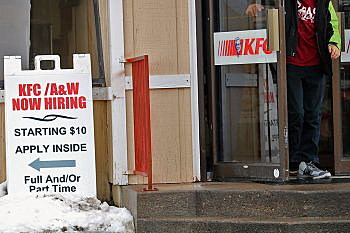 Gov. Steve Bullock attributed the falling rate to strong job growth in the prior month. In September, the state’s unemployment rate was 5.4%.

Montana’s unemployment growth remains lower than the national rate of 6.9% for October, and well below where it was earlier in the pandemic.

In April it hit 11.3% before falling to 9% in May. As businesses began to reopen in June, the unemployment rate fell to 7% and has been decreasing ever since.

According to the state, total employment, including payroll, agricultural and self-employed workers, gained 3,700 jobs from September to October. Total employment has regained approximately 51,500 jobs since April.