Calling it an orphaned project, the City of Missoula on Thursday agreed to issue proposals to begin engineering work on the conversion of Front and Main streets to two-way traffic in the downtown district.

The project has been a top priority in both the old and current Downtown Master Plan, though funding has always been elusive.

But with a new administration in Washington, D.C., and an infrastructure bill possible, the city wants to have engineering plans in hand to compete for shovel-ready funding if it becomes available.

“There’s speculation that with the new administration, there would be a new infrastructure bill within the first 100 days,” said MRA Director Ellen Buchanan. “We need something tangible that will make us competitive for infrastructure funding.”

Converting the two streets to two-way traffic would give local businesses an economic boost, create more parking and improve the flow of non-motorized travel, a study funded by MRA in 2015 found.

The feasibility study, conducted by HDR Engineering, placed the cost of the conversion at roughly $3.5 million. It also found that the conversation would have no significant impact on Madison and Higgins avenues or Orange Street.

The project costs floated five years ago included reconfiguring the three major intersections at Orange, Higgins and Madison. It also covered the addition of a traffic signal at Front and Madison.

The cost also covered grading and resurfacing, along with landscaping, lighting and pedestrian-friendly curbs.

But without engineering plans in place, the project has never moved forward. The cost of those plans were estimated in the six-figure range. The true cost will be known after MRA issues the request for proposals to engineering firms next month.

“I’d like to issue an RFP for design services to start doing the actual engineering so we can have a project that’s close enough to shovel ready that we can be competitive for any infrastructure funds coming out of D.C.,” Buchanan said. “It’s an investment to try and bring federal funding to this project, should that materialize.” 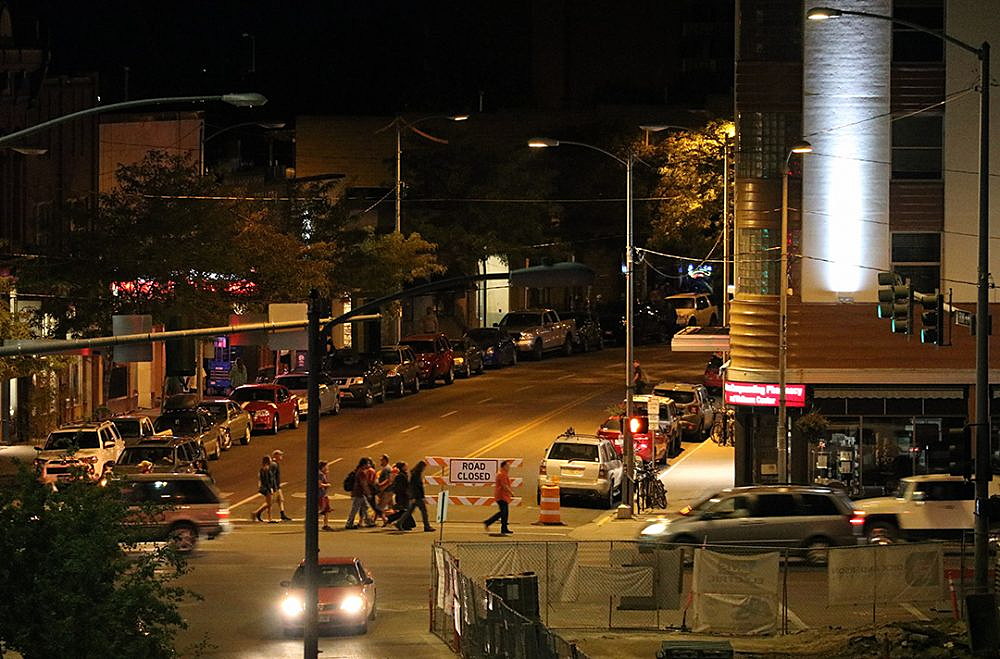 The city took a similar approach during the 2008 recession by designing proposed changes to North Higgins Avenue. With engineering plans in place, Missoula successfully competed for pass-through funding from the federal government to complete the project.

Buchanan said it’s likely that other transportation projects in Missoula will also compete for funding, which is expected to be limited. If the conversation of Front and Main is ever to take place, she said, the city must act proactively and complete the engineering design.

“The 2015 plan is the basis for what happens in this conversation,” she said. “The intersection of Madison and Orange are the big challenges. We’ve laid out ways to do that. We have MDT in our court based on impacts to the system.”

Most of the recent development projects completed or planned in the downtown district were designed with the conversion in mind. In that sense, Buchanan said, the city is already following the 2015 feasibility study.

The cost of the engineering design is expected to come from several urban renewal districts. If the cost comes in high, it may also require the contribution of other partners, such as the Downtown Missoula Partnership and other entities.

“This is the biggest investment we can make in downtown Missoula in the next 20 years,” said Melanie Brock, an MRA board member.

Buchanan said the city would likely issue the request for proposals in February. Depending on the cost, it would award a design contract in March.

“We’ve got a concept. These are now the construction documents,” Buchanan said. “We’d want to get it done as quickly as possible, especially if we want to position ourselves for any infrastructure funding that comes down the pike, which will be competitive.”