As the Montana Passenger Rail Authority grows in participating counties and stature, Missoula County is documenting the resources it has directed to the effort in restoring service to the state’s southern tier.

Missoula County was among 12 founding counties and since then, several others have either joined or expressed interest in doing so. Membership costs a county nothing, though Missoula County has carried the bulk of the work involved in bringing the effort this far.

“We played an instrumental role in helping get this authority up and running,” Commissioner Dave Strohmaier said. “This is a way to memorialize what it is we’ve been doing in way of in-kind services, which is significant.”

According to the county, it has provided administrative work at meetings, provided a legal adviser from the County Attorney’s Office, and spearheaded communications on behalf of the authority.

The county also directed its technology division to develop an official Big Sky Passenger Rail Authority website, and it established a fund and account code for the authority as required by the State Budgetary Accounting and Reporting System.

“We remain supportive of the Authority but thought it would be important to document for the Board the resources Missoula County is currently providing to the Authority, which we intend to continue providing,” the county wrote in a letter to the board. “As the Authority grows, or as other counties have the ability to assist, we may reach out to the Board to take on some of these services.”

For now, Missoula County remains content in playing a leadership role in the authority’s efforts to restore the North Coast Hiawatha Route across southern Montana.

The push has gained the support of Amtrak and has drawn media attention both in and out of Montana. The New York Times ran an article titled, “In Rural Montana, a Hope That Biden Will Reopen the Rails.” It was followed a week later by an article in Publico, a Portuguese newspaper, under the heading “The train in rural America is waiting for the ‘Amtrak Joe’ push.”

Strohmaier said CBS News out of San Francisco recently interview him and other players in Montana on passenger rail efforts, and High Country News may follow with an article of its own.

While the publicity spreads, the authority continues to grow.

“The authority will be expanding here in the next month,” Strohmaier said. “Carbon County has petitioned to join the authority, and I received word from Stillwater County last week that they’re interested in joining the authority.”

Next week, Lewis and Clark County also is expected to hold its final public hearing on whether it joins the authority. That could be a significant member, given the county’s role in hosting the seat of state government.

On that front, Strohmaier said, progress has been slow, even while support for passenger rail service grows across Montana’s southern region.

“This Legislature seems in keeping with every other Legislature in recent memory on this issue,” Strohmaier said. “There’s an unfortunate disconnect between local government officials and legislators who might be representing those counties. You’d think there would be a lot more enthusiasm and engagement given the level of diversity across the state of Montana among participating counties.”

While state politics can be divisive based on geographical and cultural differences, the Big Sky Passenger Rail Authority has managed to unify counties across the southern tier, both rural and urban. Membership currently ranges from Wibaux and Prairie counties in the east to Jefferson and Granite counties further west.

“I’ve been trying to keep the governor in the loop and his staff, and they’re at least aware of what the rail authority has been up to,” Strohmaier said. 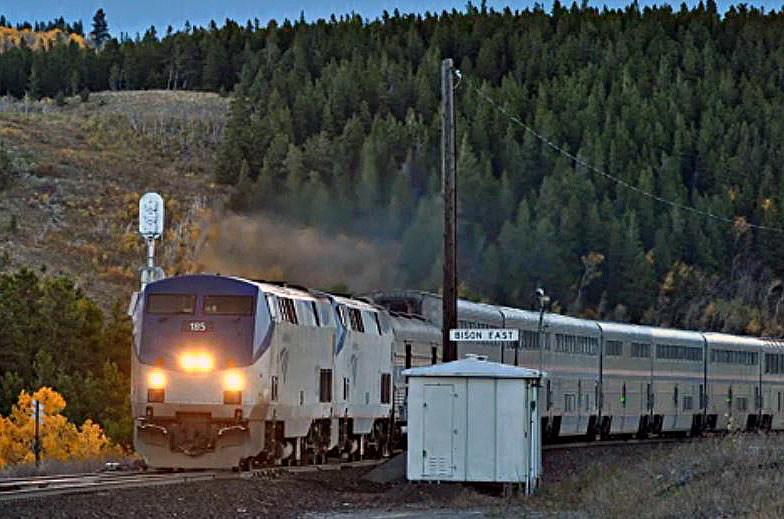 Missoula County has already asked Sens. Jon Tester and Steve Daines to back elements of a federal surface transportation bill that could authorize five new rail commissions and create a federal working group to restore passenger rail service across the Northern Rockies.

Several passenger rail lobby groups with ties to Washington, D.C., also are watching the effort, along with a growing number of advocates from across the Pacific Northwest and Northern Rockies.

Rail commissions, such as the Southern Rail Commission established by Congress in Louisiana, Mississippi and Alabama, can apply for grants and transportation funding, and the more commissions there are, the stronger their lobby grows.

But gaining the attention of the state Legislature hasn’t been easy.

“We tried to get preemptively in place some enabling legislation at the state level, such that if the federal government moves forward with authorizing the establishment of new multi-state rail commissions, that Montana would be poised to participate in that,” Strohmaier said. “There’s still a sliver of possibility that post-transmittal, we might be able to get something through on that.”