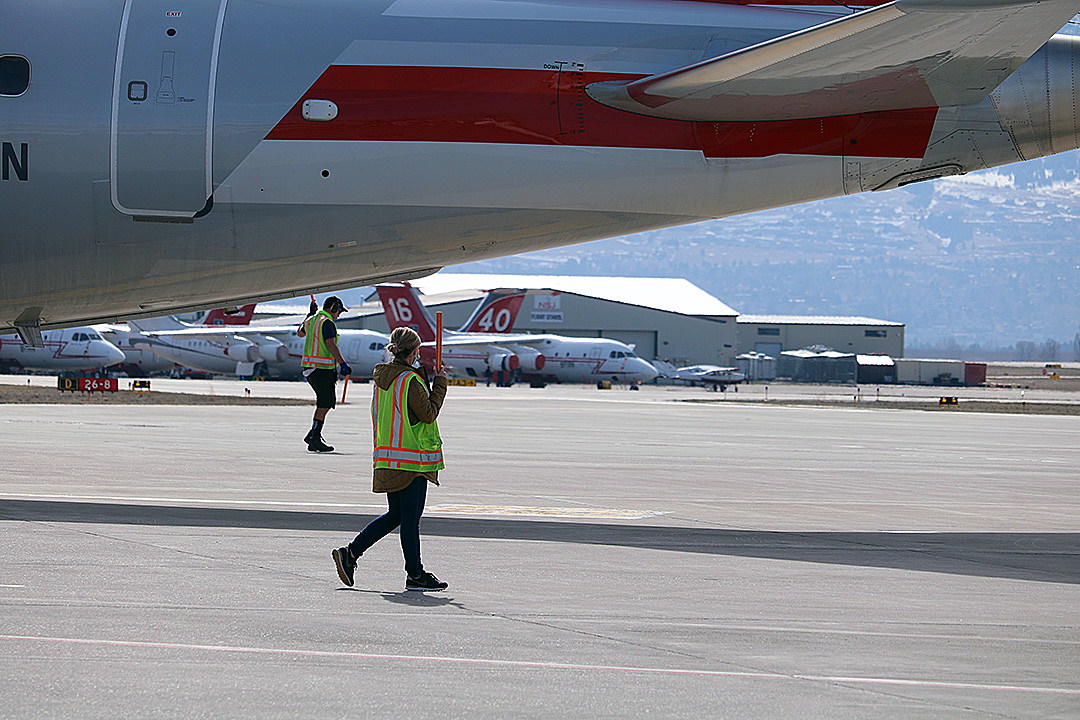 Growth in commercial air service in Missoula and the number of carriers leaving aircraft overnight prompted the Missoula County Airport Authority on Tuesday to approve a contract to design the expansion of the parking ramp.

The current ramp has room to accommodate just seven aircraft and when the new south concourse is finished, the airport will tightly have room for eight. A ninth parking spot is needed.

“Were trying to be proactive,” said interim airport director Brian Ellestad. “When we move into the new terminal, we’ll have eight. But I think the eight will be gone just like that.”

The new 247,000 square-foot south concourse, estimated at $67 million, is expected to open to the public next spring with ticketing, security and four jet bridges. Combined with the old terminal’s three jet bridges, the airport’s total number of gates will grow to eight when ground boarding is added.

A ramp expansion would allow room to park nine aircraft, two of them boarded by ground. A similar method is used in Denver and Salt Lake City.

“We’re trying to create some additional space than rather constantly chasing our tails,” Ellestad said. “If we design this now, we’ll put it on the books and have it be available for discretionary money from the FAA. If we design it and it’s shovel ready, there’s a greater chance of getting discretionary money.”

The board has contracted Morrison Maierle to proceed with initial design of the east concourse. The project is estimated at around $42 million.

The east concourse will also house two baggage carousels, rental car and concessions and span around 83,000 square feet. The airport is currently studying costs and ways to reduce them with changes in design.

“We did have our east concourse workshop last month,” said Tim Damrow, the airport’s projects manager. “We’re hoping to follow up on that over the next couple quarters with brief updates on what’s changed since the last workshop and what will be happening with the east concourse.”

As the airport eyes the opening of the south concourse and construction of a new east concourse, it’s also looking to update the technology used to track and park aircraft.

On Thursday, the board also approved a $294,000 contract with Amadeus for a common and shared use computer system to handle the task.

“It allows airlines to use different positions throughout the airport,” said Damrow. “It allows ultimate flexibility so airlines can jump from what, in the past, has been a proprietary gate to a gate that can be used by any carrier.”

The system will help as construction on the east concourse begins.

“The contract would extend well into east concourse construction and opening, allowing us some flexibility there,” Damrow said. “You’ll see this at larger type airports. You can scale operations up and down. It’s working its way down into smaller airports like Missoula and Bozeman.”